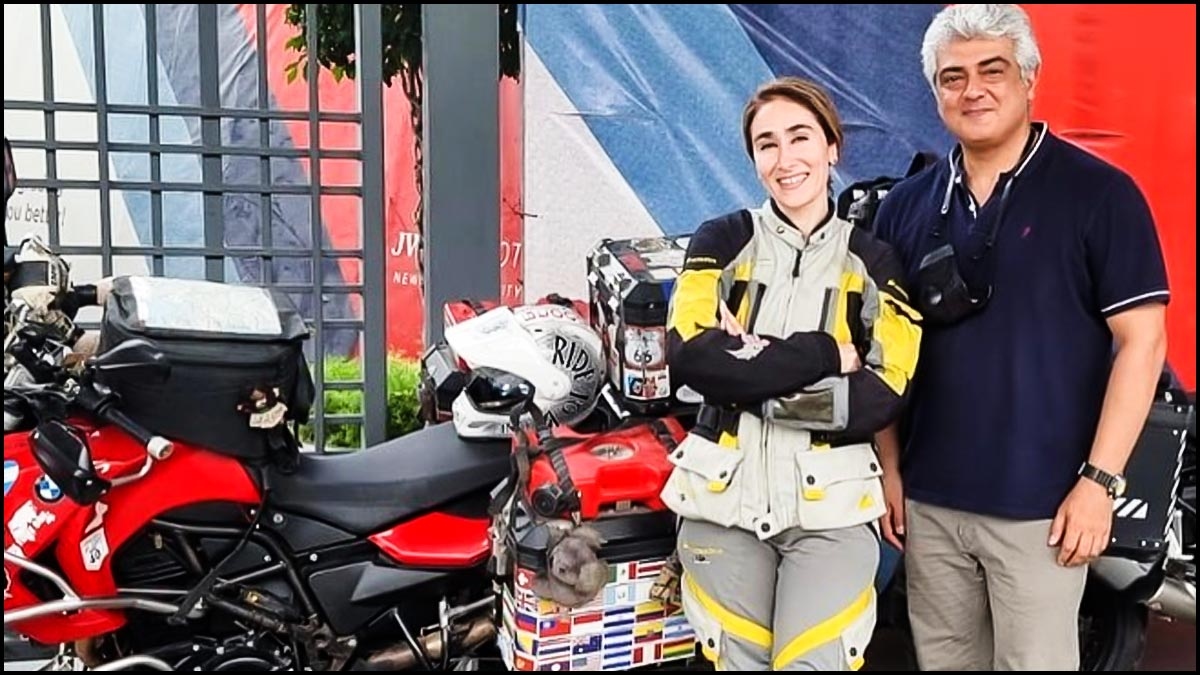 Thala Ajith’s Valimai Glimpse fever has not subsided yet and fans are still dwelling in the perfect teaser cut of this much-awaited film. But we are here to treat Ajith fans with yet another surprise and it is nothing but the latest pictures of him with biker Maral Yazarloo.

Recently, we brought to you the amazing news of Thala Ajith meeting world-famous female biker Maral Yazarloo and the photo that went viral. She also mentioned in her Instagram stories that she will write about their meeting. 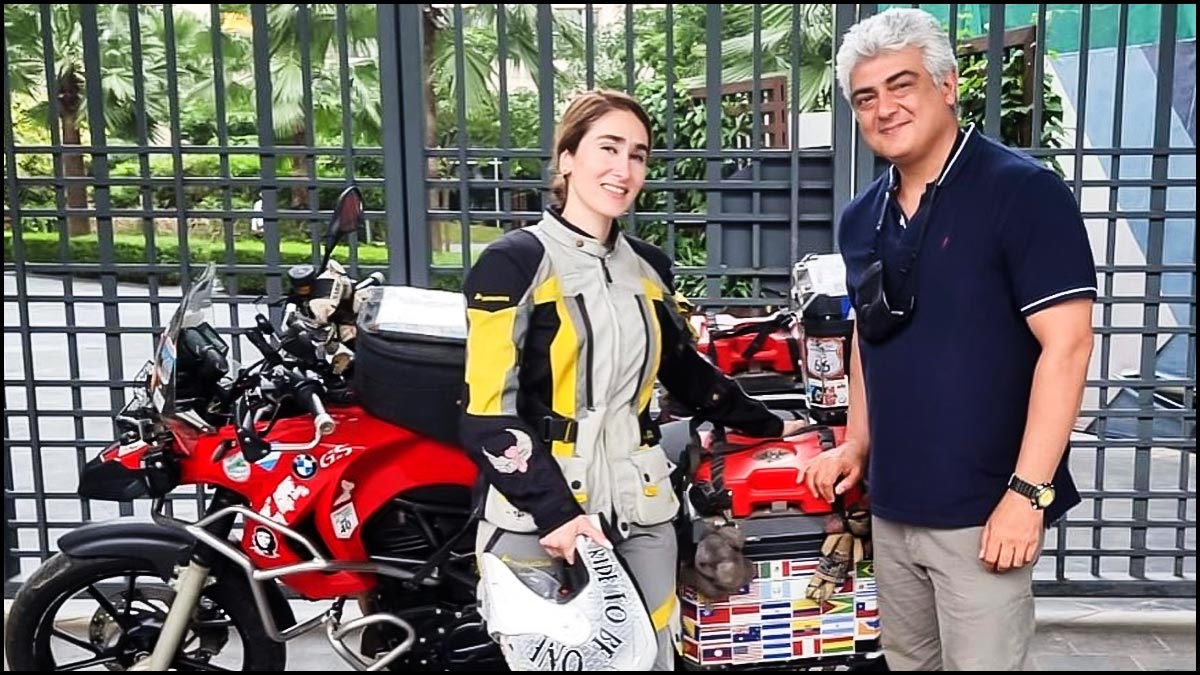 Now the pictures of them from Delhi are doing the rounds on the internet. They were seen having a serious yet interesting conversation with the world map in hand. It is said that soon the charismatic hero too, is planning a world tour on a bike covering ten thousand kilometres. 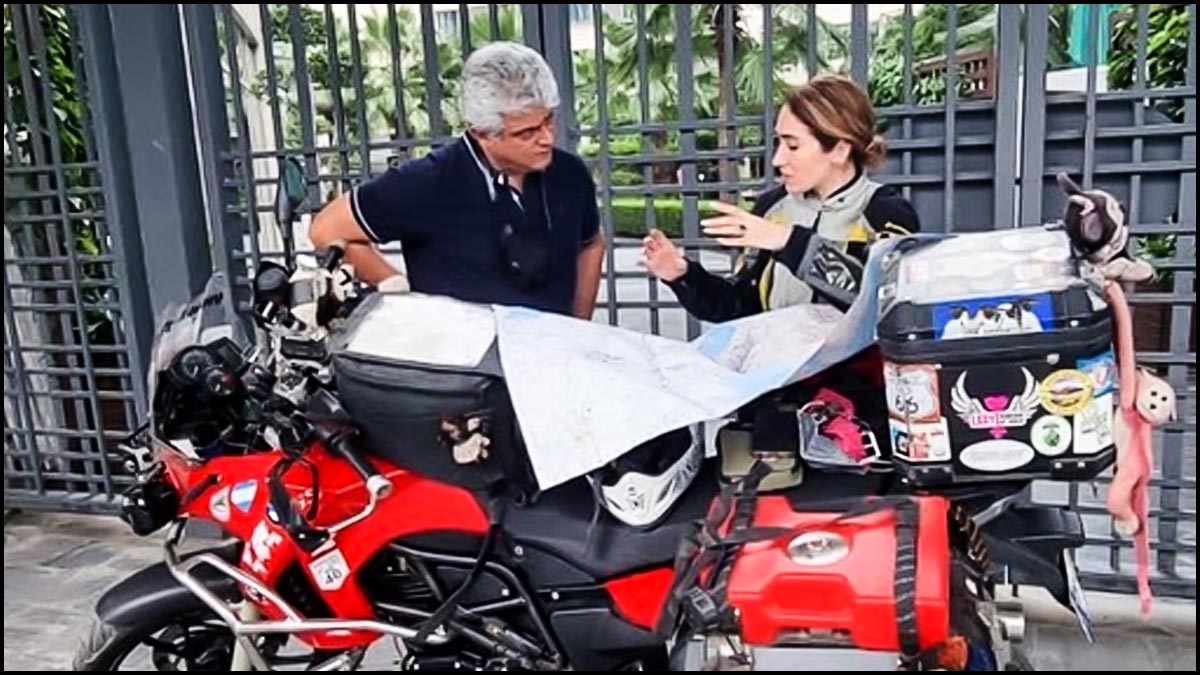 Meanwhile, producer Boney Kapoor earlier today confirmed that ‘Valimai’ directed by H. Vinod will be releasing worldwide in theatres on Pongal 2022. The film has Ajith, Huma Qureshi, Yogi Babu and Karthikeya in the cast. 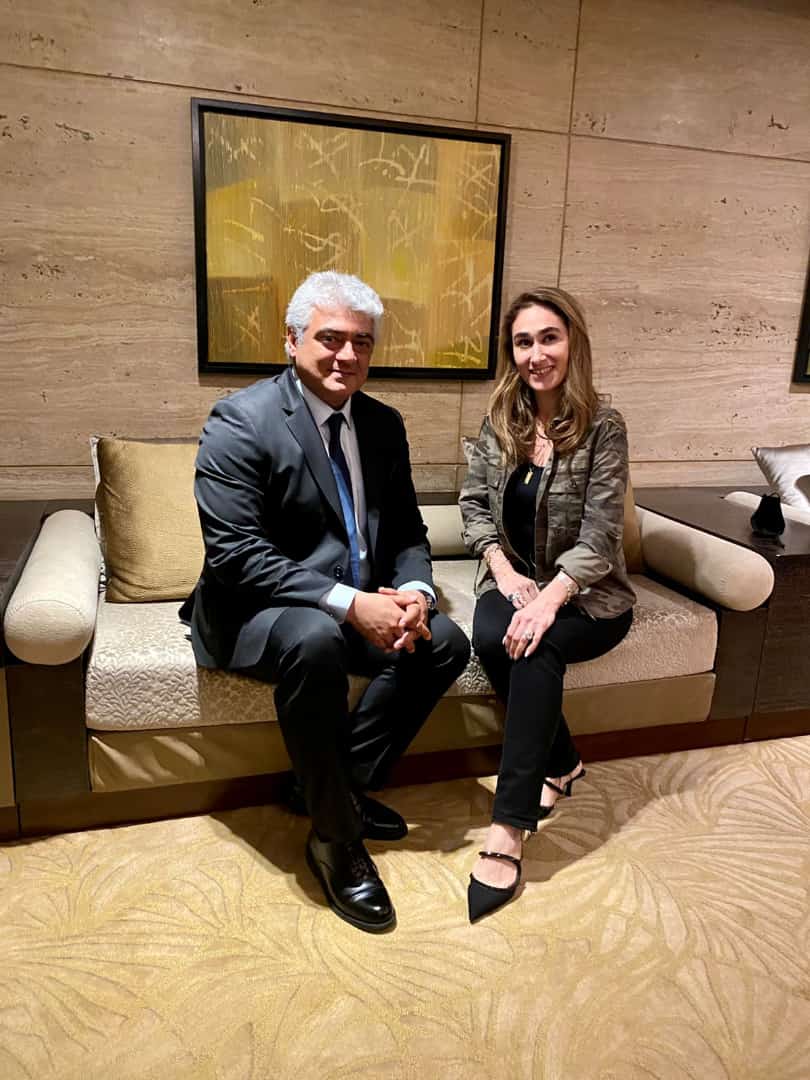