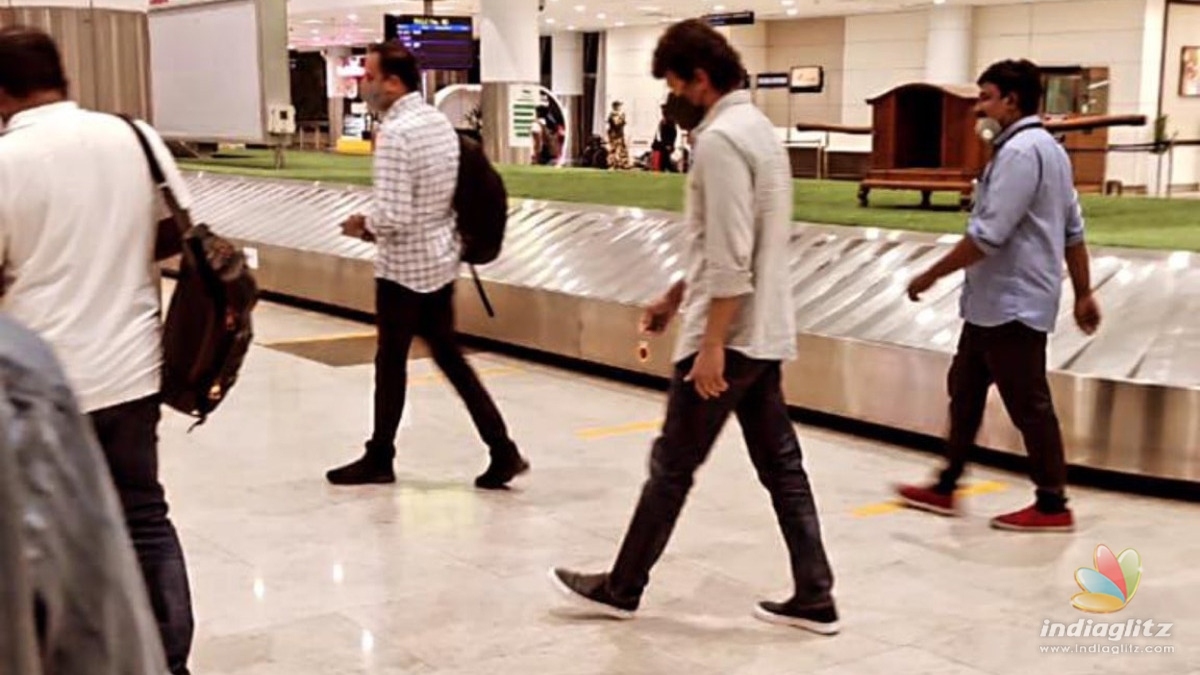 Thalapathy Vijay who is currently shooting for his upcoming film ‘Beast’ directed by Nelson Dilipkumar was spotted in the Delhi airport and the pictures of the same are currently going viral on social media platforms.

We already reported that the Beast team would fly to Delhi for a week-long schedule to complete shooting for a major portion of the film. Looks like the team has landed in Delhi. Thalapathy Vijay who is playing the lead in this much-anticipated film was spotted walking in the Delhi airport.

He was seen wearing an off white shirt and black pants. He completed the casual look with a black sneaker with white detailing on it. Thalapathy Vijay recently met with Thala Dhoni in Chennai and the pictures of this meetup stormed the internet. Now this image from the airport is also doing the round on social media platforms. The star cast includes director Selvaraghavan and Shine Tom Chacko as antagonists and also Beast has Aparna Das, Yogi Babu, Choreographer Sathish, VTV Ganesh and Lilliput Faruiqui are on board. Produced by Kalanithi Maran of Sun Pictures, this movie is being made on a massive budget. Stay tuned for more updates on Beast.