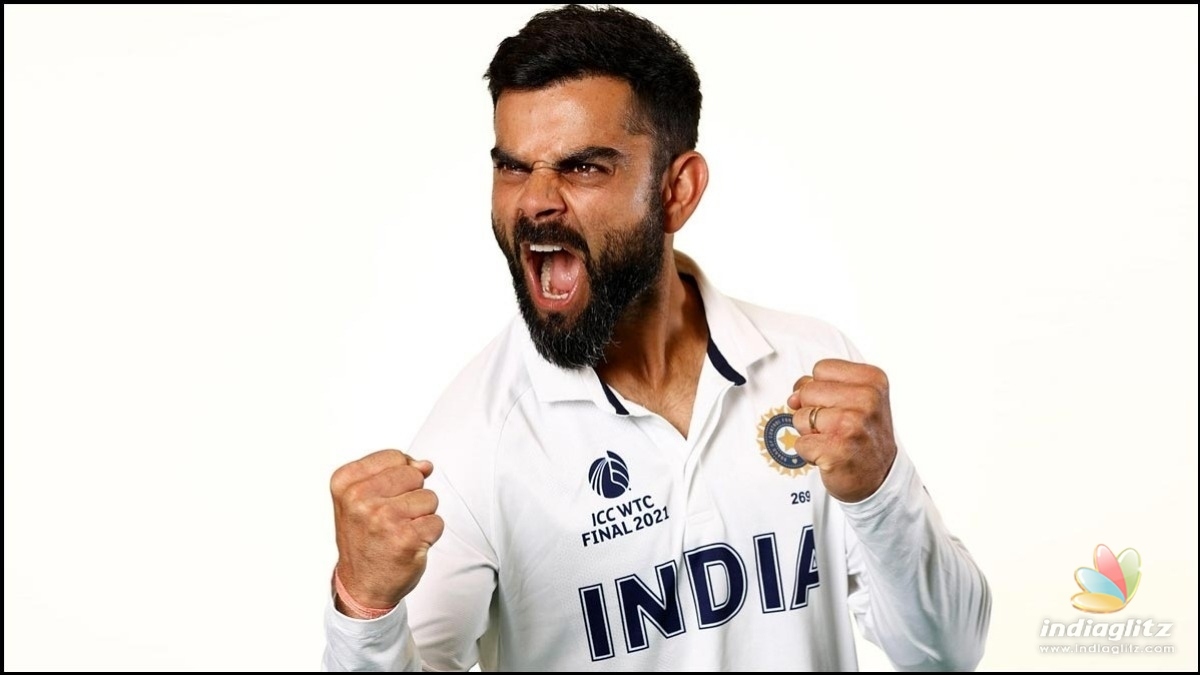 In the last few days, the hottest buzz amid the Indian media is that Virat Kohli would be stepping down as captain of the Indian cricket team after the T20 World Cup in the limited-overs format. BCCI officials denied the reports as rumour yesterday.

But Indiaglitz had already reported to you that a source quoted that Virat himself will make the announcement in this regard as he needs to concentrate on his batting to be the best batsman in the world. Read at: Virat Kohli to step down as captain after T20 World Cup? 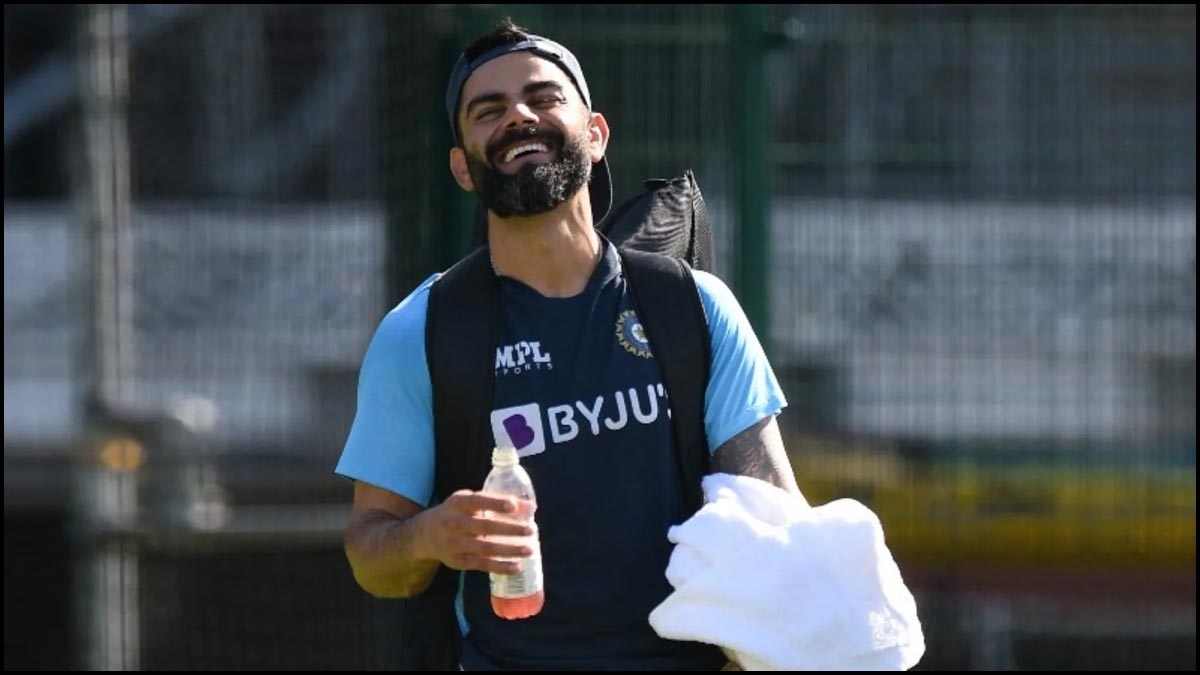 Now, the latest news is that Virat Kohli has officially announced that he will step down from the T20 captaincy as we reported earlier. Present Indian team skipper has taken to his Twitter to drop the big news that he will discontinue as T20 captain after the ICC T20 WC tournament that takes place from October to November. 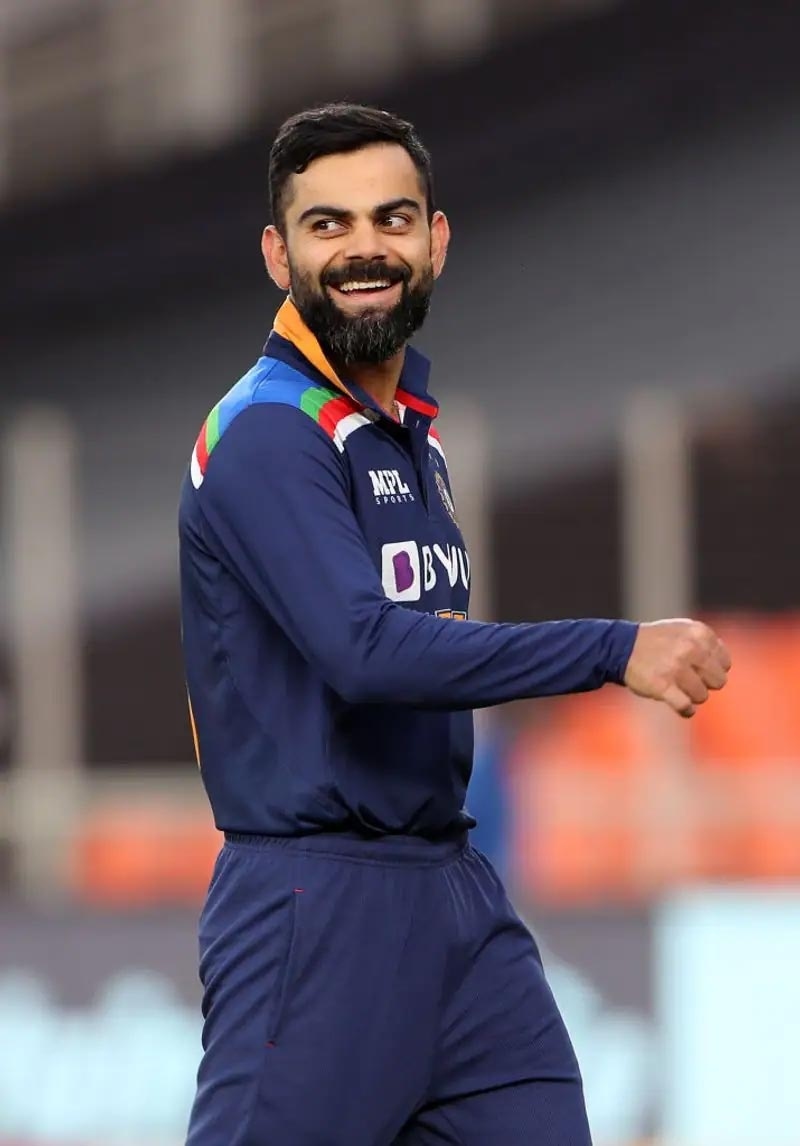 In the press release, Kohli wrote, “After a lot of contemplation and discussion with my close people, Ravi bhai and also Rohit, who have been an essential part of the leadership group, I have decided to step down as the T20 captain after this T20 World Cup in Dubai in October.” 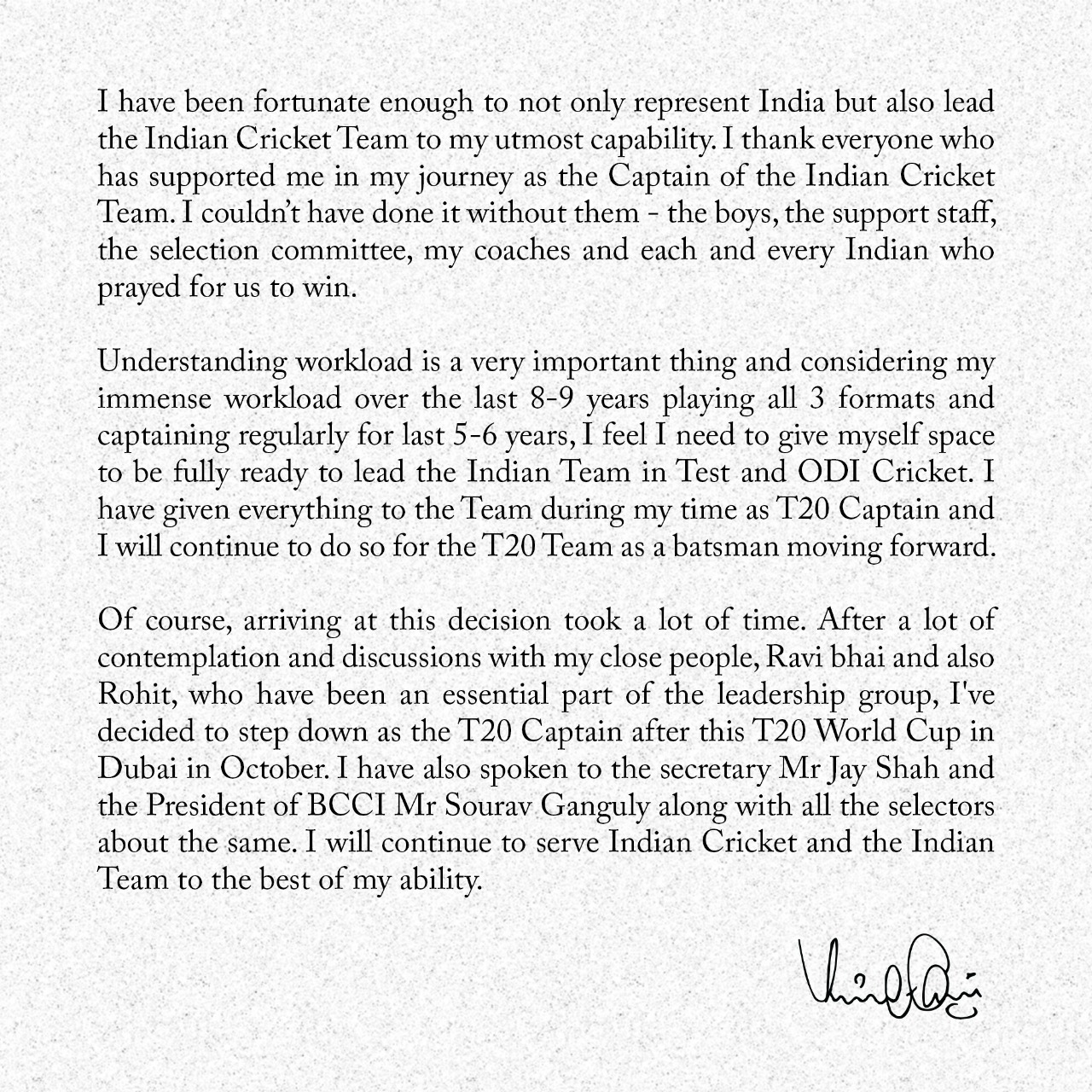 “I have also spoken to the BCCI secretary Jay Shah and president Sourav Ganguly along with all the selectors at the same time. I will continue to serve Indian cricket team and the Indian team to the best of ability,” Kohli added. Virat has mentioned that he will continue to lead the side in the ODI and Test format.

The announcement came as a massive shock for Indian fans who have been dealing with the reports of captaincy change in the team. Reliable sources suggest that the Hitman Rohit Sharma would reciprocate Virat as skipper in the Indian Cricket Team in T20 format after the T20 World Cup.