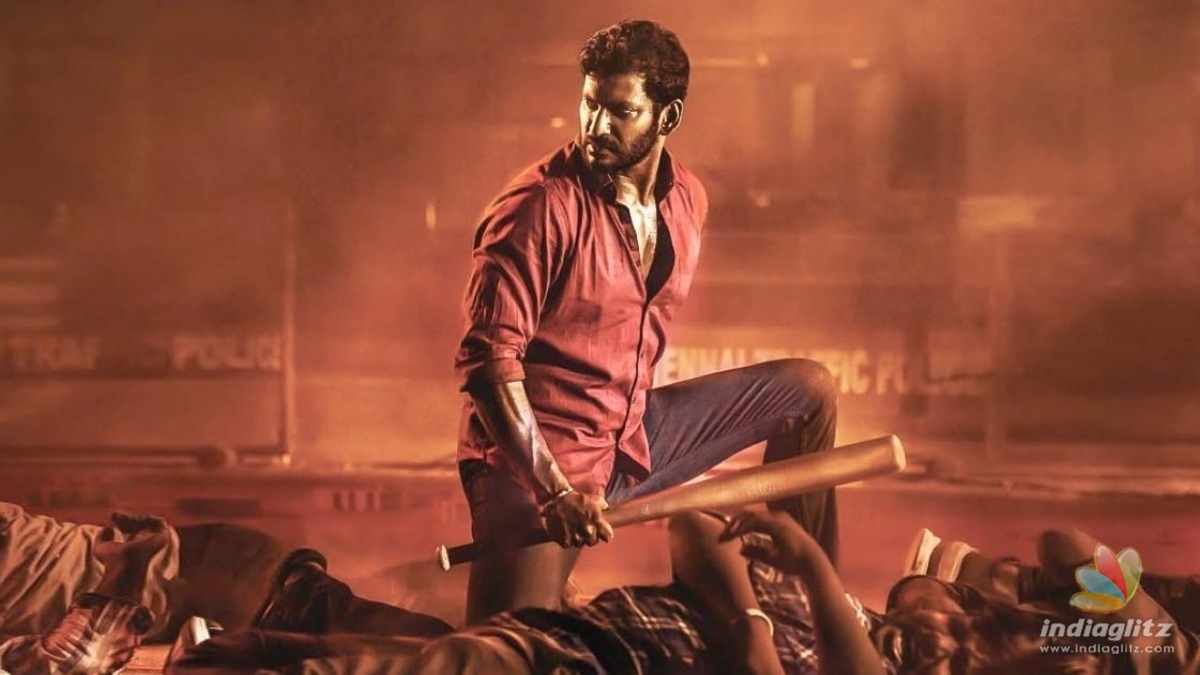 Vishal is the most-wanted action hero in Tamil cinema. While his upcoming action thriller ‘Enemy’ is locked to hit screens on Aayudha Pooja, the actor is busy with the post-production of his next ‘Veeramae Vaagai Soodum‘. We had already updated that Vishal had begun dubbing for VVS. Read at: The dubbing works begins for Vishal’s ‘Veeramae Vaagai Soodum’

Today, the actor took to his Twitter page to reveal the second look poster with the release date of the film. Veeramae Vaagai Soodum will have a grand theatrical release this December month. Vishal also added that the teaser of the movie and the first single track will be out soon. Young Maestro Yuvan is composing music for VVS. Dimple Hayathi is playing the female lead in this project directed by Thu Pa Saravanan. 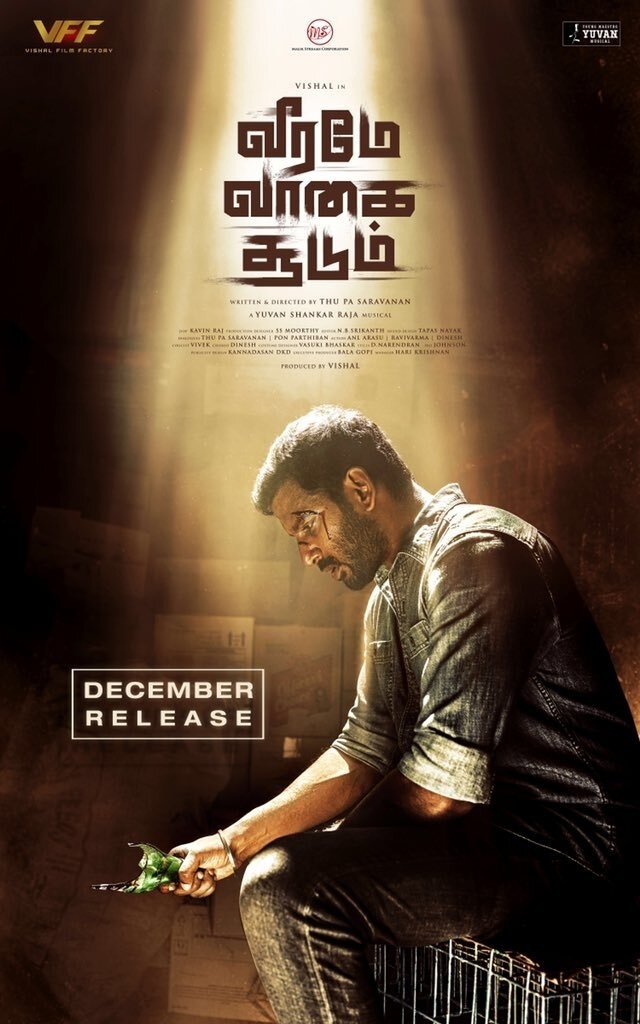 Produced by Vishal Film Factory, the movie is releasing in two languages as ‘Veerame Vaagai Soodum’ in Tamil and ‘Saamanyudu’ in Telugu. The makers are eyeing a January 2022 release. Veeramae Vaagai Soodum is about a common man from a middle-class family questioning the authorities for abusing their powers.