‘The response WAR received only encourages me to follow my gut’: superstar Hrithik Roshan on the 2nd anniversary of the all-time blockbuster Also Read – Tiger 3: Emraan Hashmi joins Salman Khan-Katrina Kaif in Turkey putting an end to all the speculations about his role in the action entertainer 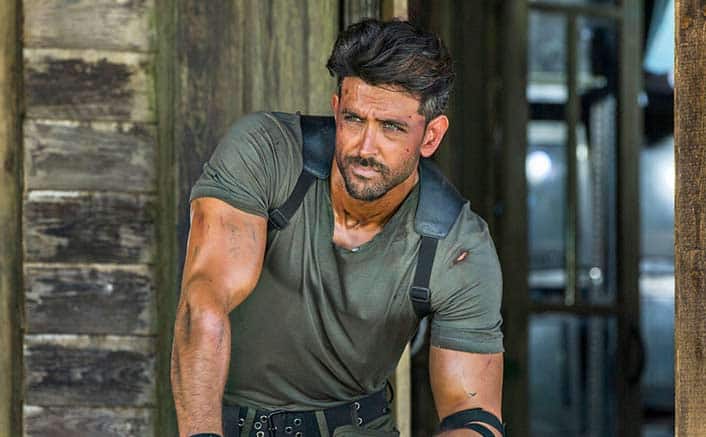 Superstar Hrithik Roshan bowled audiences over with his adrenaline pumping action entertainer War, directed by Siddharth Anand and produced by Aditya Chopra. The visual spectacle became an all-time blockbuster in the history of Indian cinema and Hrithik made the country drool over him with his effortless charm and mastery over breath-taking action sequences. Also Read – From Virat Kohli-Anushka Sharma to Rani Mukerji-Aditya Chopra: Celeb couples who surprised fans with their hush-hush marriages

On the second anniversary of the humongous hit, Hrithik reveals his first reaction to WAR’s script. He says, “Well, it’s complicated. When I read the script I didn’t see anything in it that excited me. It was too frivolous and superficial. And I was into ‘real’ cinema like Super 30 at the time. On hearing my reaction both Sid and Adi rushed to my house and it took 5 mins worth of reframing for me to GET the film. Adi said look at it as an entertainer like Dhoom 2.”

Hrithik adds, “And then we sat and went through the entire script AGAIN and I thoroughly enjoyed it. And also realized my folly. Sometimes, it’s important to GET how the director wants to interpret the script. And having done Bang Bang with Sid, I could trust in what they were saying. I saw it as an opportunity for me to try and bring in weight and depth into the film with Kabir’s character which is otherwise not seen in such movies. That aspect really excited me. I think the best way to make movies which are ‘not so deep’ is to have characters who are really, really deep. It’s fun then.”

The superstar credits Aditya Chopra and Siddharth Anand for their vision to create the biggest action entertainer India has ever seen! He says, “I think it’s safe to say that it was the spectacular vision of Sid Anand and Adi Chopra as film-makers who made it what it is today. As a contributor, I thoroughly enjoyed being a part of War and the response it received only encourages me to follow my gut and work with my whole heart and soul.”

Hrithik has always set new benchmarks for himself and the Indian film industry with his body of work. WAR too set benchmarks in action, dance, scale – it was a spectacle. Ask him what makes him a genre pushing superstar and he says, “Personally, I’m an adventure junkie and that somewhere spills over to the work I do and the people I associate with. Professionally, I’ve always seen acting as living through the varied stories and onscreen characters I have been lucky to be a part of. My choice of films have been instinctive, I enjoy exploring and immersing myself with different psychologies, personas and experiences.”

Hrithik adds, “The exercise only broadens myself as a human being, makes me more sensitive to my surroundings and people. Every film has shaped me as a being, the journey has been one of learnings and unlearnings – both of which I truly cherish. Yes, there were risks and venturing in unknown waters can be challenging but with it was the thrill. The absolute adrenaline rush I feel with doing things that are new for me. I do not set out to set a precedent for anyone, but myself. That’s what keeps me going..” 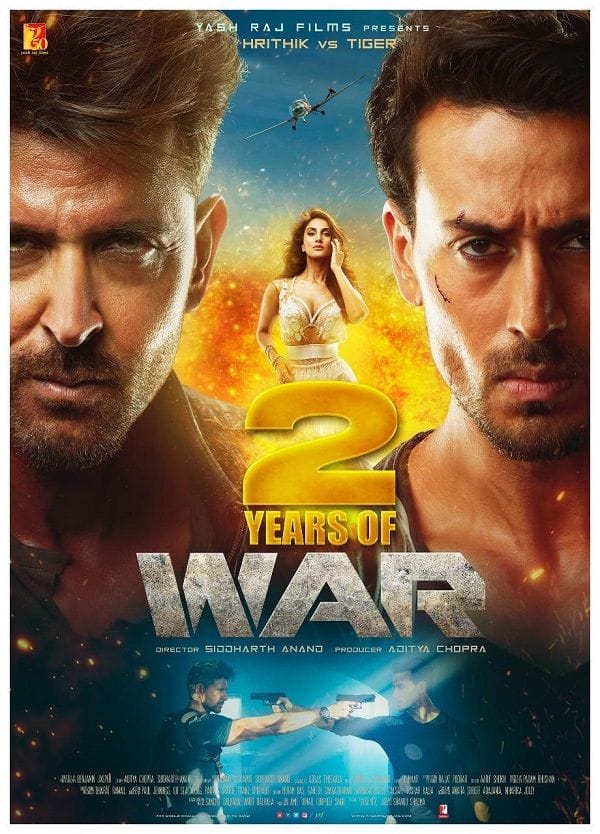 ‘WAR made me raise the bar on the kind of action that I could do on-screen’: says Tiger Shroff 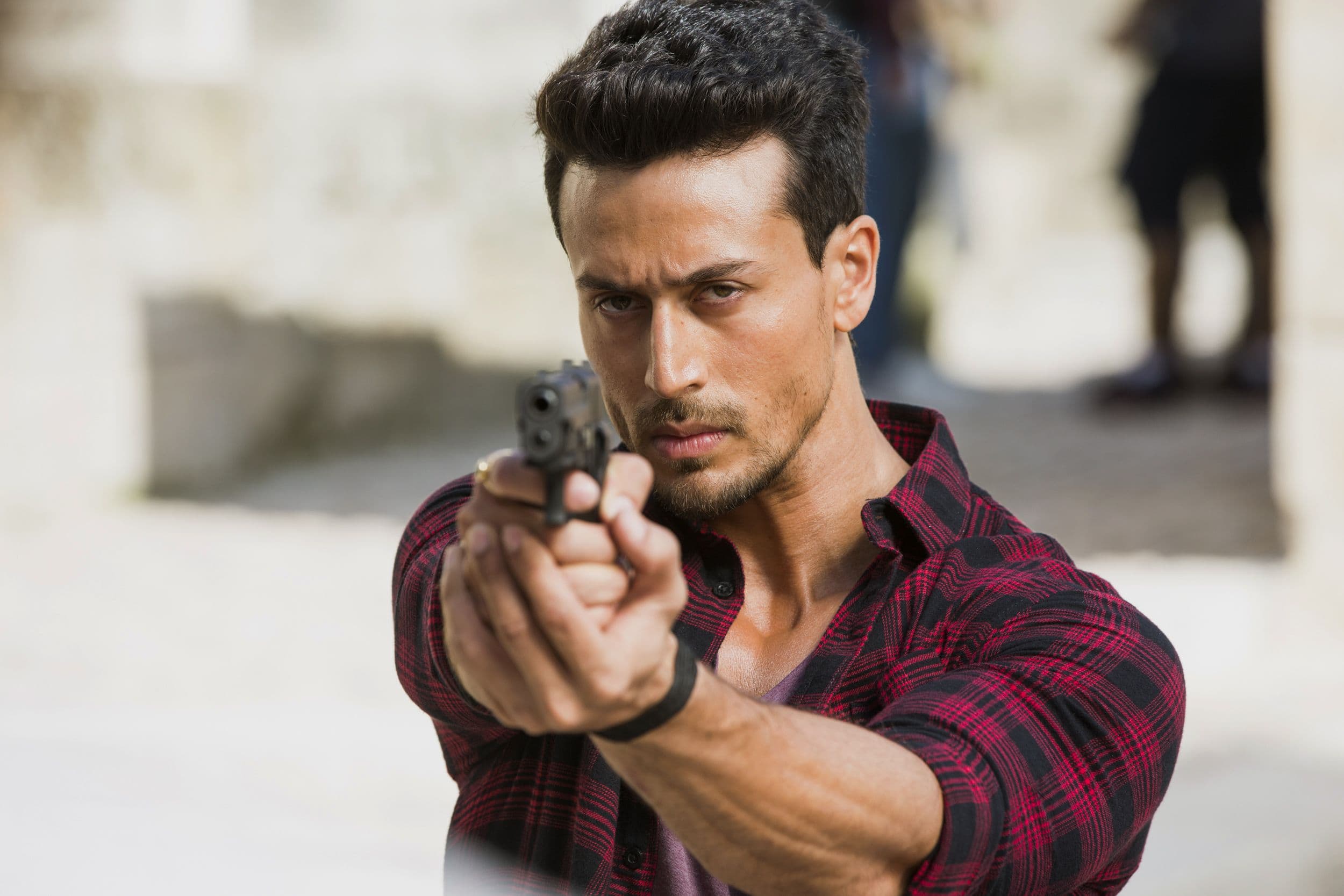 Tiger Shroff was mesmerising in WAR and his spellbinding prowess with action proved that he is one of the biggest action stars in the history of Indian films! On the second anniversary of the film, Tiger proudly speaks about where Yash Raj Films’ WAR sits in his filmography!

He says, “WAR took the benchmark of action films in India to another level. I’m deeply proud to have this film in my filmography and I thank my director Siddharth Anand and my producer Aditya Chopra for bringing to me this special project that also gave me the opportunity to share the screen with my on screen idol Hrithik Roshan.”

Tiger adds, “WAR also made me raise the bar on the kind of action that I could do on-screen and I enjoyed the challenge thoroughly. I was physically drained, bruised and battered but it was all worth it. I’m humbled with the love and appreciation that the film has received from every quarter.”

WAR had Tiger playing the role of an intelligent undercover operative Khalid and he defied gravity to pull off death-defying stunts. Ask him to pick one action sequence that was most difficult for him to pull off and he says, “That’s a tough one! I would say that my introduction scene in WAR in which I did hand to hand combat without my director cutting the scene was the most difficult one that I have done to date.”

He adds, “It pushed me to deliver something really visually breath-taking on the big screen and I will always cherish this scene. WAR presented me like never before and I’m thankful to the makers for putting so much belief in me. It has given me unanimous love and it’s made my life very tough as I have to only better myself every time I do action on screen.”

WAR pitted Tiger against his on-screen idol Hrithik Roshan. He reveals, “Hrithik has been an idol and inspiration to me. I was thrilled to have not only gotten a chance to work with him but also dance along with him!”

Tiger adds, “His discipline and dedication to the craft is what legends are made of and I learnt so much each day I spent with him. It was my wish to share the screen with him and WAR fulfilled that so I will always be grateful to everyone for making that happen for me.”

‘My attempt has been to create benchmark action films like WAR’ : director Siddharth Anand 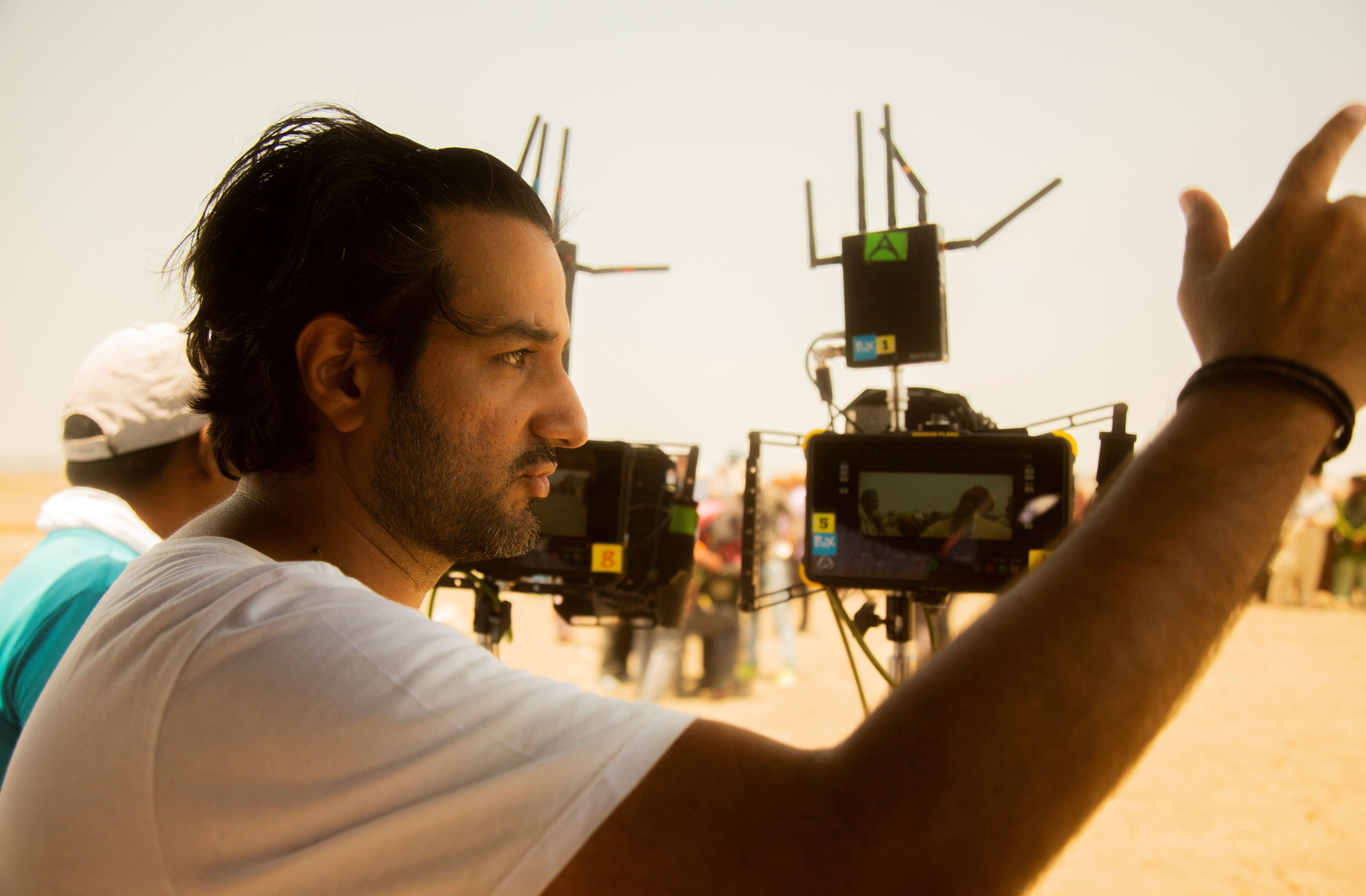 Director Siddharth Anand has established himself as the biggest director for action entertainers in India after WAR became an all-time blockbuster two years back. Yash Raj Films’ adrenaline pumping visual spectacle set a new benchmark in the history of Hindi cinema right from its box office record, to spectacular scale, to huge hit songs and it even created a casting coup to pit Hrithik Roshan against Tiger Shroff.

Siddharth says, “The intention with WAR was to raise the bar in action and stunts in Hindi cinema. We are such a large industry and we make so many films in a year but we really don’t make too many action films, that somehow is a void in our industry. To make spectacle action films and my attempt in the last 5-7 years, 7 years actually since Bang Bang, has been to create benchmark action films like WAR and to fill that void has been my endeavour.”

He adds, “I choose subjects and stories. I write stories, I hunt stories that can encapsulate the action, that can be genre defining. So, yes, that has been a conscious decision for the past 5-7 years and now it has become my identity. My whole being has become tuned to make action spectacles and WAR was a testament to that endeavour. I’m working even harder to give the audience a bigger spectacle in my next.”

Siddharth reveals why Aditya Chopra and he wanted to mount WAR at a scale never seen before. He also reveals while Hrithik vs Tiger was a casting coup, it wasn’t the only factor that made WAR an all-time blockbuster.

He says, “I don’t think that the WAR at the box office was won because of the ensemble star-cast. War came in 2019 and in the last 3-4 years preceding WAR, you’d seen all tentpole films of the biggest superstars had flopped. They were tanking left-right-centre. In fact, what was doing well was the mid-range actors with high concept films. So, it was actually getting a big star cast in a tentpole film, was the most unsafe thing at that point in time.”

He adds, “Obviously, it is a safe thing to get the big star-cast so that you get the budget that allows you to make the tentpole film you want but it doesn’t necessarily guarantee box office returns. You need to get out there and make a good film which connects with the audience. Audiences stop coming for stars, they come for stories and they come for the film. Yes, getting the stars is a huge bonus and plus, but the actors themselves know, that’s why they take time to choose films, because they know that stars get you an opening, but the film needs to work.”

He further adds, “Hrithik and Tiger have worked extremely hard in the film. They didn’t sit back and say -‘Oh we’ve got a great combination with YRF, and we have a great banner, good action director and ‘we’ are there, so the film’s a success’. No, they worked really very hard, they know it themselves. They pushed to make a great film and everybody, the producer, the actors the technicians really worked hard to make War the success that it is.”

And when people look back at WAR for generations, what does Siddharth Anand think will be their takeaway? He says, “I’d like to believe that it would be the action genre defining film of that generation. I would like to believe that. I think we gave them the spectacle that they get from all the big scale international films they watch and that they are exposed to.”

‘I’ve been blessed with some of the most beautiful songs in my filmography!’ : Vaani Kapoor 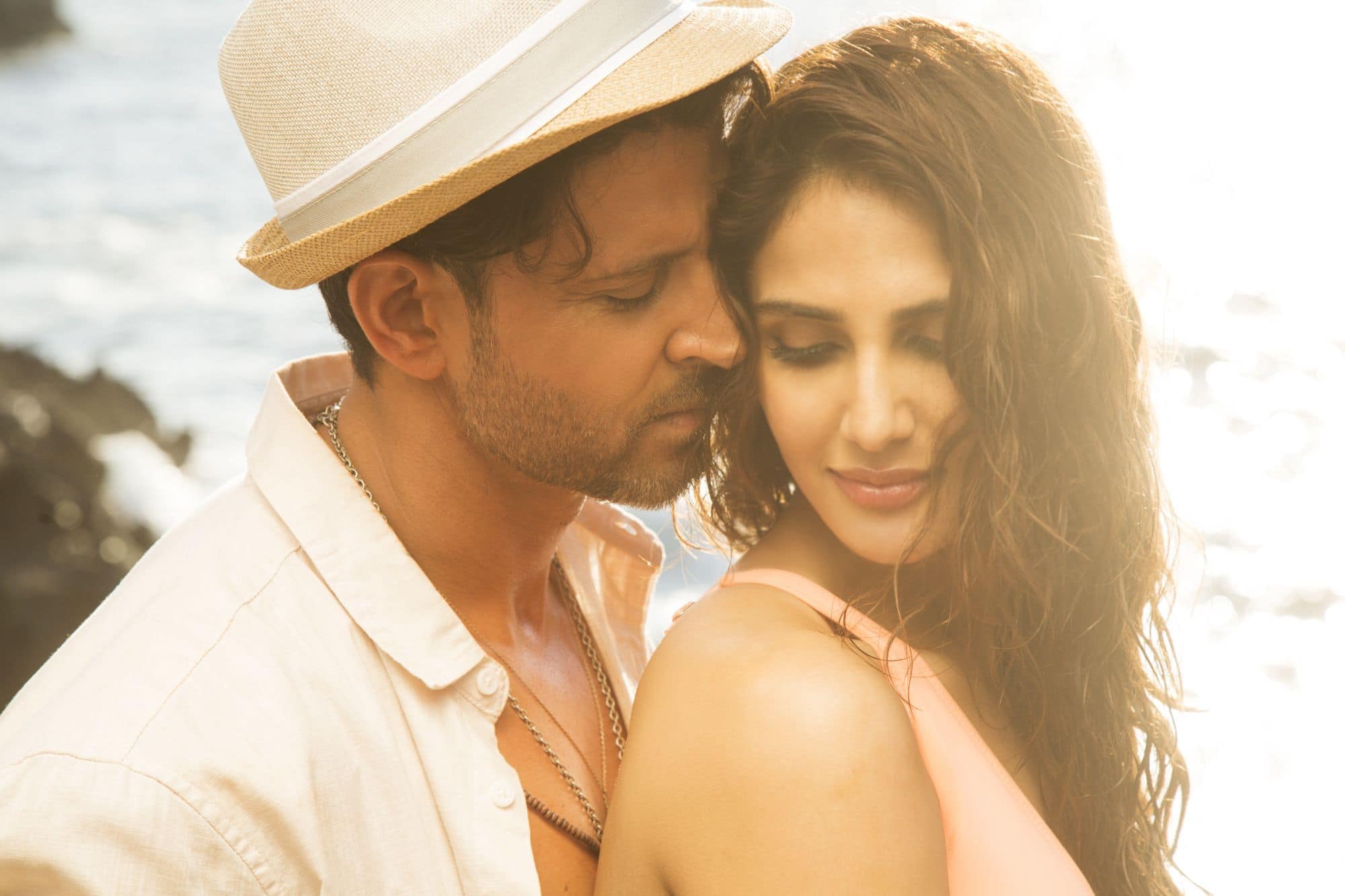 Gorgeous Bollywood actor Vaani Kapoor had a pivotal role in WAR and she made an impact with her acting, how good she looked on screen with her co-star Hrithik Roshan and, of course, Ghungroo in which she matched steps with the king of dance in Indian films, Hrithik himself! On the second anniversary of WAR, Vaani opens up about how special the film is in her career.

Vaani says, “I believe with every film, one discovers a new dimension to themselves. You gain experience, new learnings and observations as an artiste. It helps build a better foundation for future work. I do feel till date, I’ve been blessed with some of the most beautiful songs in my filmography be it Gulabi, Nashe Si chad Gayi or Ghungroo.”

Hrithik Roshan is a dream co-star to have for anyone. Vaani speaks about how she achieved that sparkling chemistry with him as a super fresh pairing on screen. She says, “I’m happy it was perceived that way. Hrithik’s phenomenal in whatever he does, be it acting or dance. A very self-aware individual, hardworking and an intelligent artist. I’m just grateful to have had the opportunity to share the screen space with him.”

She adds, “It’s been an honour and a delight to share the screen with him. Hopefully, next time, given the opportunity, I will work even harder so I can perform half as good as he does.”