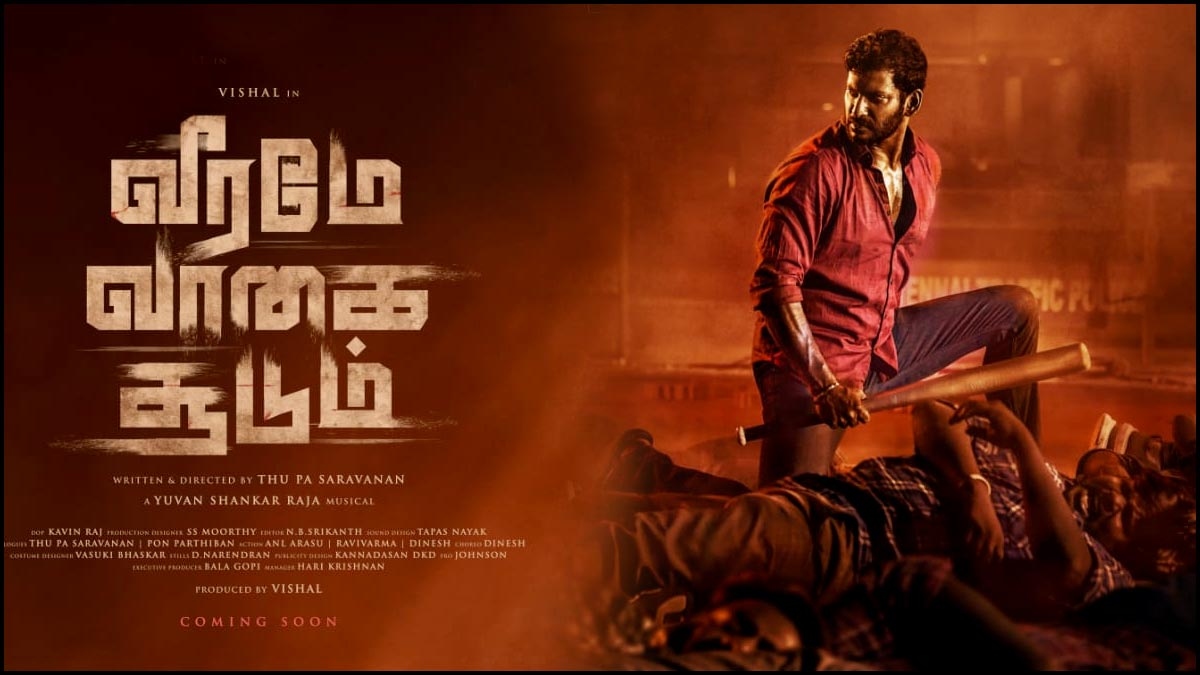 Vishal the leading action hero of Kollywood has an interesting lineup of upcoming films. He has completed shooting for ‘Enemy’ directed by Anand Shankar that has Arya as the antagonist and Mrinalini Ravi as the leading lady. He will soon be starting the final schedule of his directorial debut ‘Thupparivalan 2’ in London.

Meanwhile, Vishal is now continuously shooting for his 31st film which he himself is producing under his banner Vishal Film Factory. The powerful title of the film has now been revealed as ‘Veeramae Vaagai Soodum’. An action-oriented first look is also out that shows Vishal ready to take on more goons after vanquishing a handful with a baseball bat. It comes as a pleasant treat for fans as Vishal is celebrating his 44th birthday on August 29th. 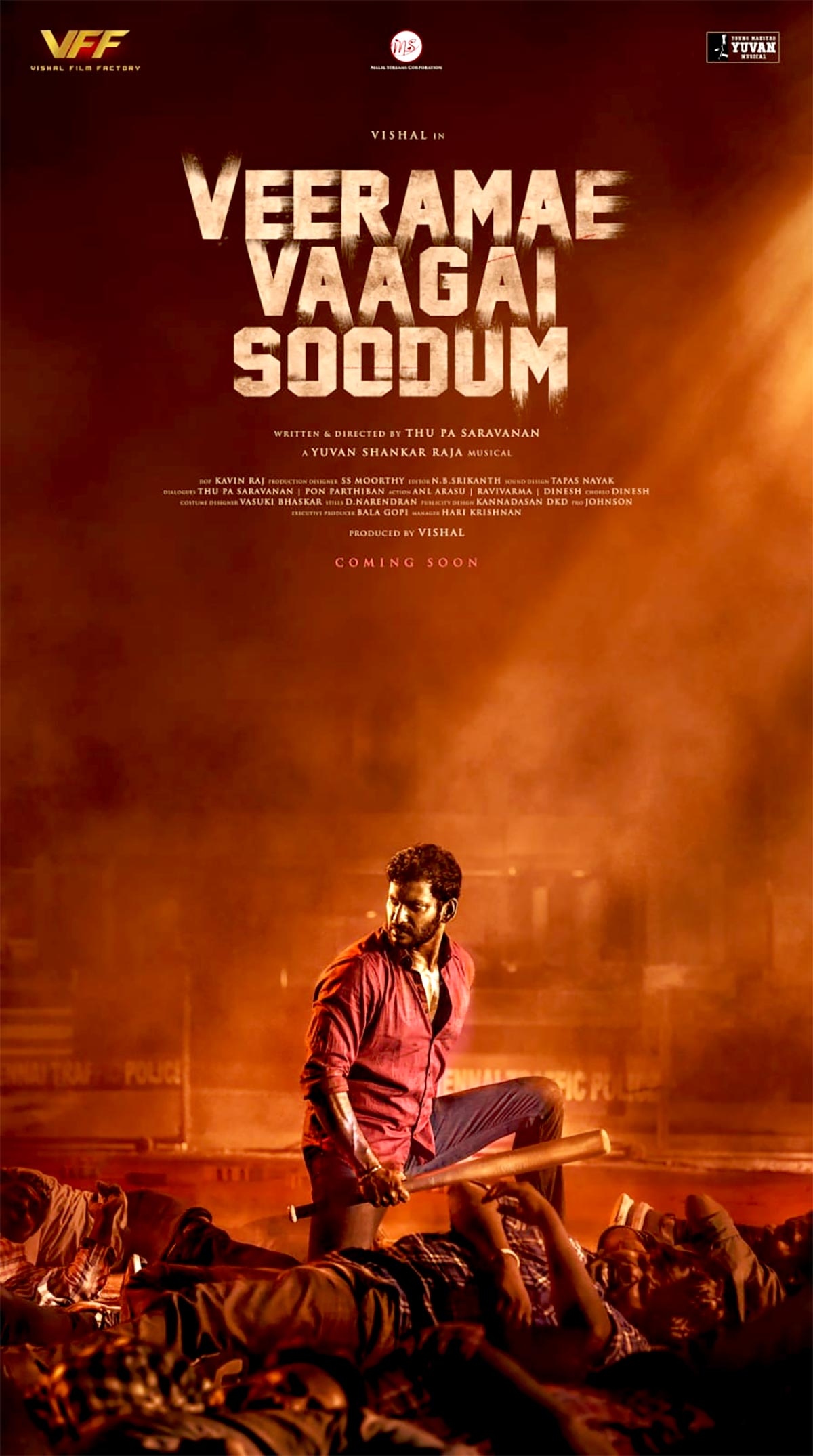 ‘Veeramae Vaagai Soodum’ is directed by Thu Pa Saravanan and has music by Yuvan Shankar Raja. Dimple Hayati plays Vishal’s pair and the team is eyeing a January 2022 release date.