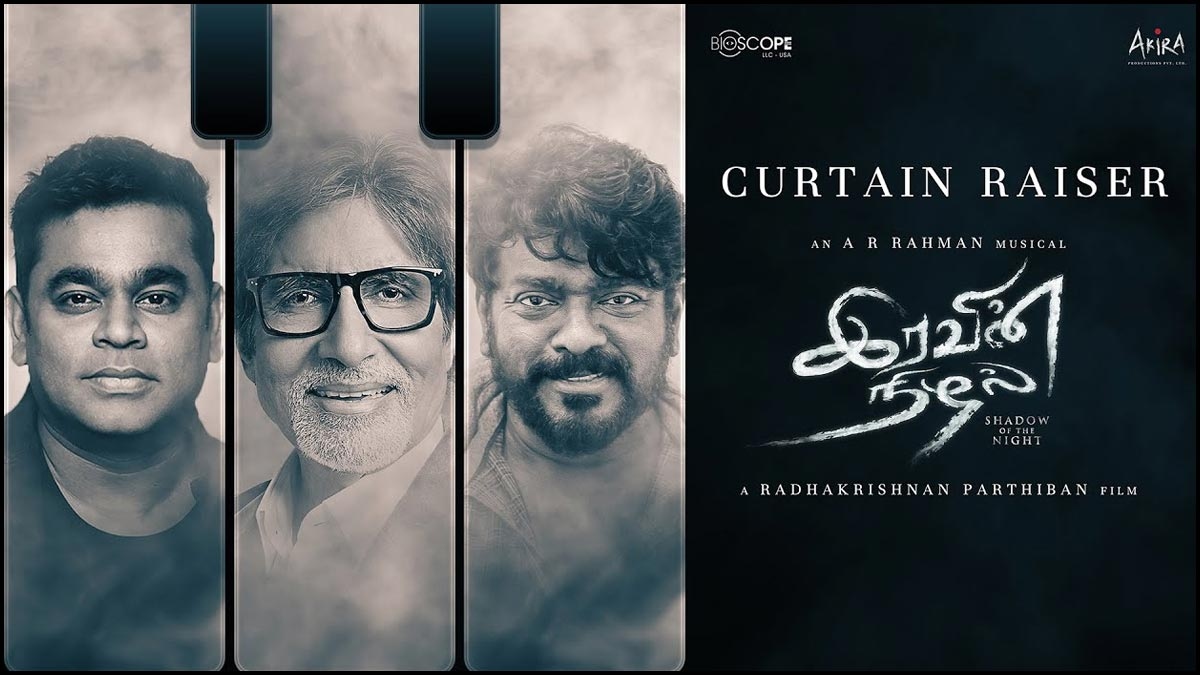 Parthiban is a famous director and actor in Tamil cinema who is well known for his experimental films. He was last seen in ‘Oththa Seruppu Size 7’, an arresting thriller with only one character in the film. Parthiban’s upcoming project is also an experimental attempt ‘Iravin Nizhal’, an ambitious, one of it’s kind single-shot movie.

The music for Iravin Nizhal is rendered by the one and only Isai Puyal A.R. Rahman. Earlier, Parthiban had revealed that the soundtrack contains 3 songs that will feature in the movie and an additional song for promotional purposes. Iravin Nizhal has been shot in a single take across 70 blocks. The runtime is said to be 100-110 minutes.