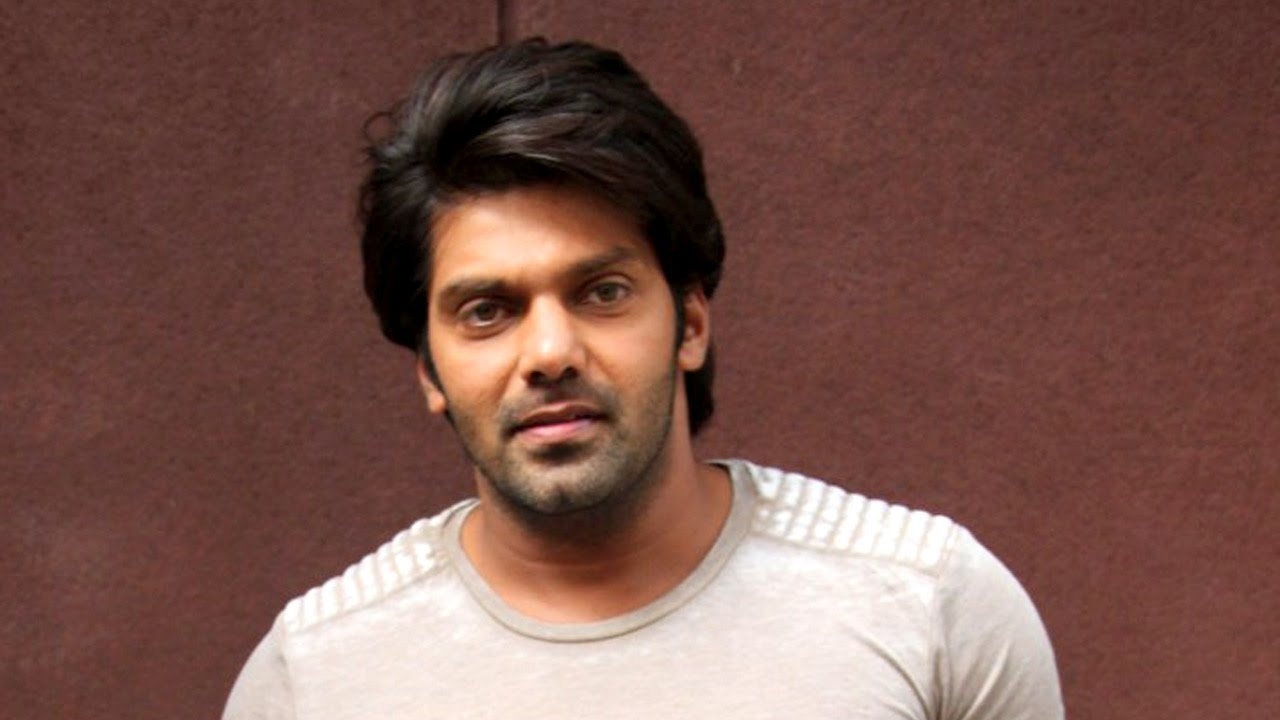 A few months back a German-based Sri Lankan Tamil woman Vidja made shocking allegations against Arya.  She claimed that the leading actor had been carrying on an online love affair with her and procured a loan of rupees ninety lakhs.  She stated that when Arya got married to Sayyeshaa in 2019 she questioned him and he had told her that he would be divorcing her after her parents pay off his debts.

Vidja then filed a case with evidence of her chats supposedly with the actor and the cybercrime police started investigations. Arya who appeared before the officers stated that he did not know any such person and cooperated with the proceedings. 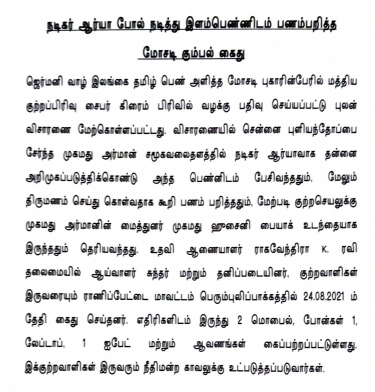 The police then traced the phone number that Vidja was chatting with.  It was found that two persons Mohammed Armaan and Mohammed Hussaini belonging to the Pulainthope area in Chennai had impersonated Arya and cheated Vidja of the huge amount and also gave her huge mental stress for more than a couple of years.  The duo has been arrested and legal proceedings against them have begun.