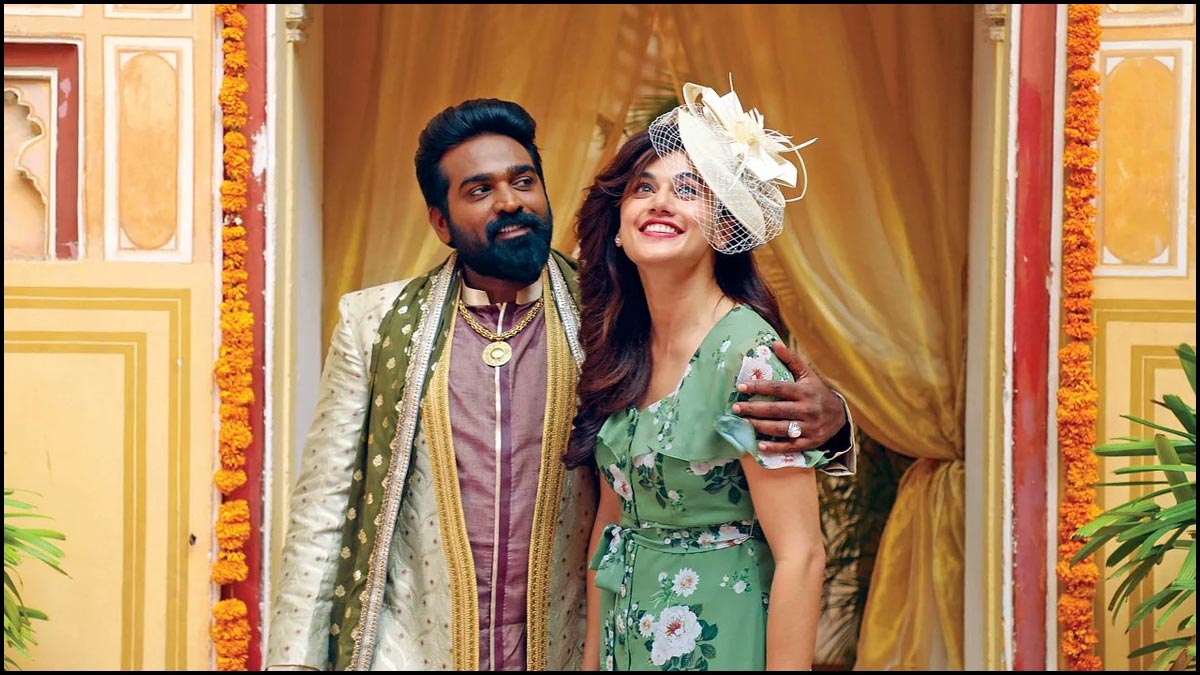 Vijay Sethupathi is busy as a bee and many of his films are lined up for theatrical release in the month of September. Now some recent clicks from his horror-comedy ‘Anabelle Sethupathi’ have surfaced on the internet.

The film is set in Jaipur and Chennai and in the latest photos, the cast can be seen dressed in both Contemporary and periodic style. In one of the photos, Vijay Sethupathi and Tapsee are seen having a cute romance going on while having a sword fight. 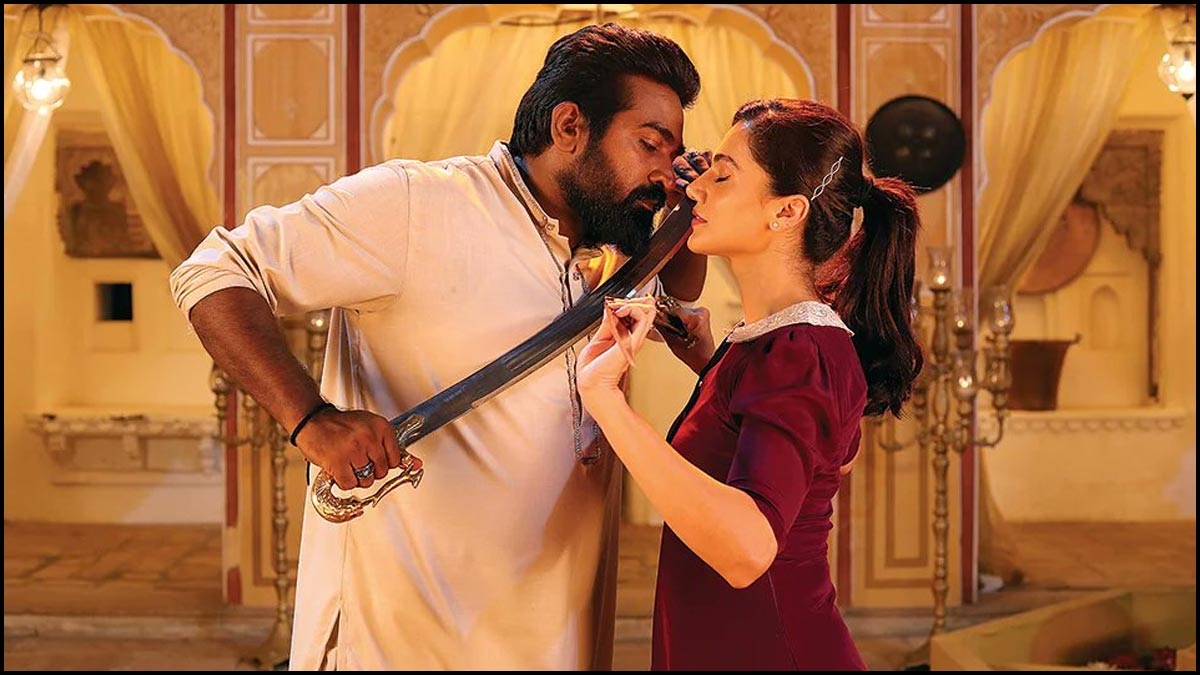 Directed by Deepak Sundararajan and produced by Passion Studios, Annabelle Sethupathi has Vijay Sethupathi and Taapsee playing titular characters as well as dual roles. The movie is also expected to have parts 2 and 3 as future releases. 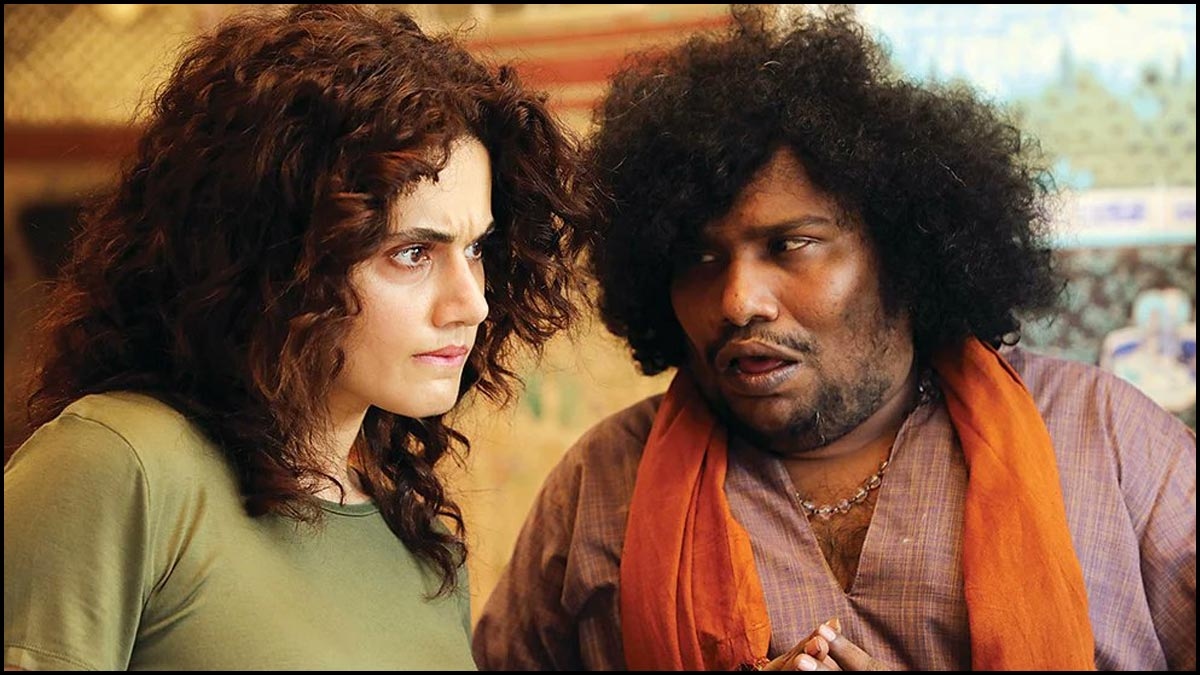 Radikaa and Yogi Babu are also playing pivotal characters in the horror-comedy. Sources say that if all goes well, the film will skip theatrical release and directly release on Disney + Hotstar but an official announcement is awaited from the producers. 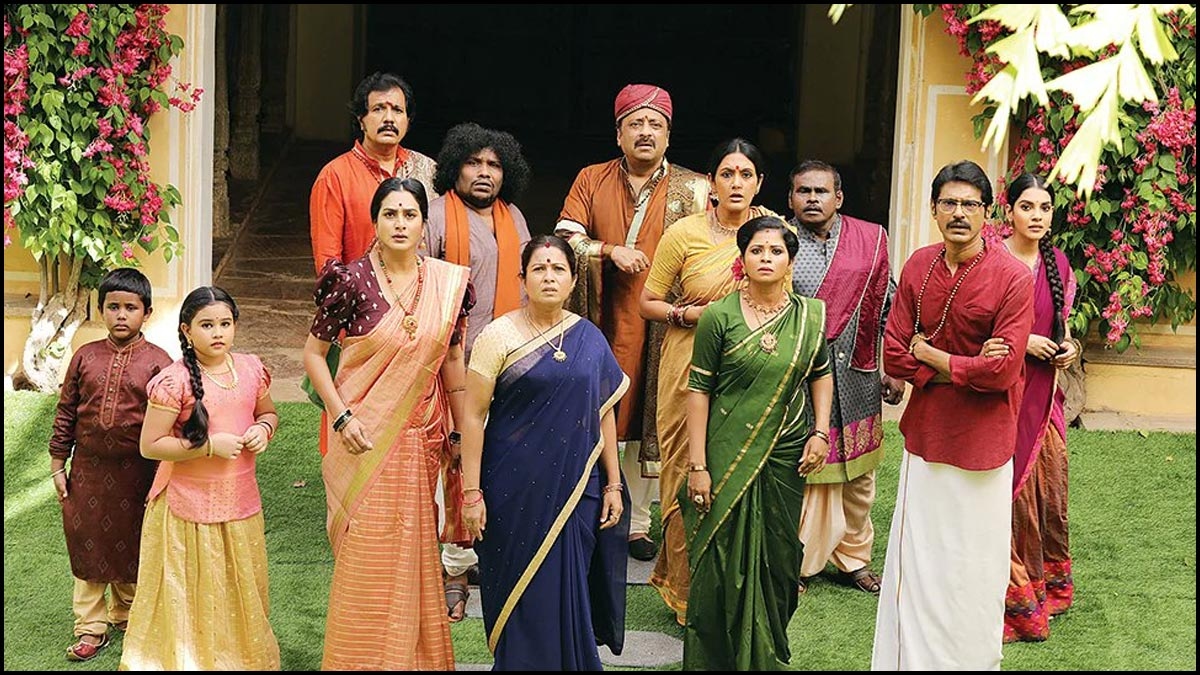