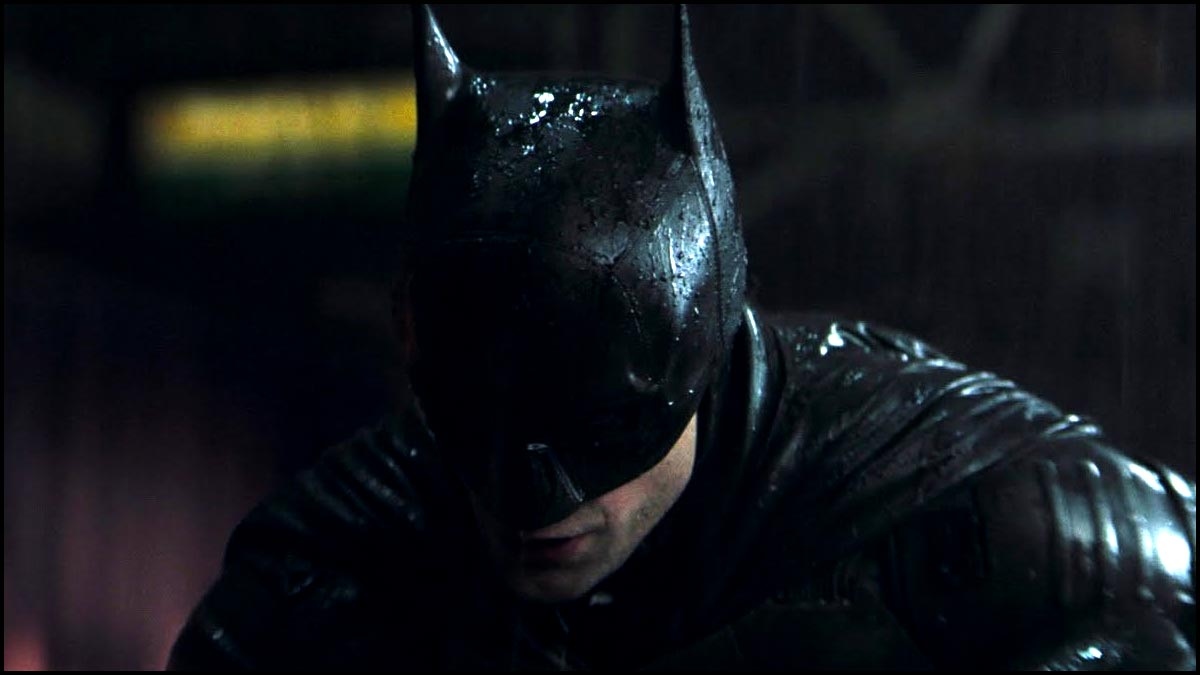 Earlier this week, Indiaglitz had brought to you the trailer of ‘Spider-Man: No Way Home’ and the exclusive preview on the ‘Matrix 4′ trailer which were unveiled at the CinemaCon 2021. In addition to the aforementioned footage, the behind-the-scenes reel of Matt Reeves’ “The Batman” and Dennis Villeneuve’s “Dune” were screened in the Warner Bros Pictures panel.

The studio showed off The Batman with a sizzle reel. The footage of The Batman comes almost exactly one year to the day after the first trailer debuted for the Matt Reeves-directed comic book film, which stars Robert Pattinson as the Dark Knight. The film also includes Jeffrey Wright as Commissioner Gordon and Andy Serkis as Alfred, and villains such as Zoe Kravitz as Catwoman, Colin Farrell as The Penguin Paul Dano as The Riddler. 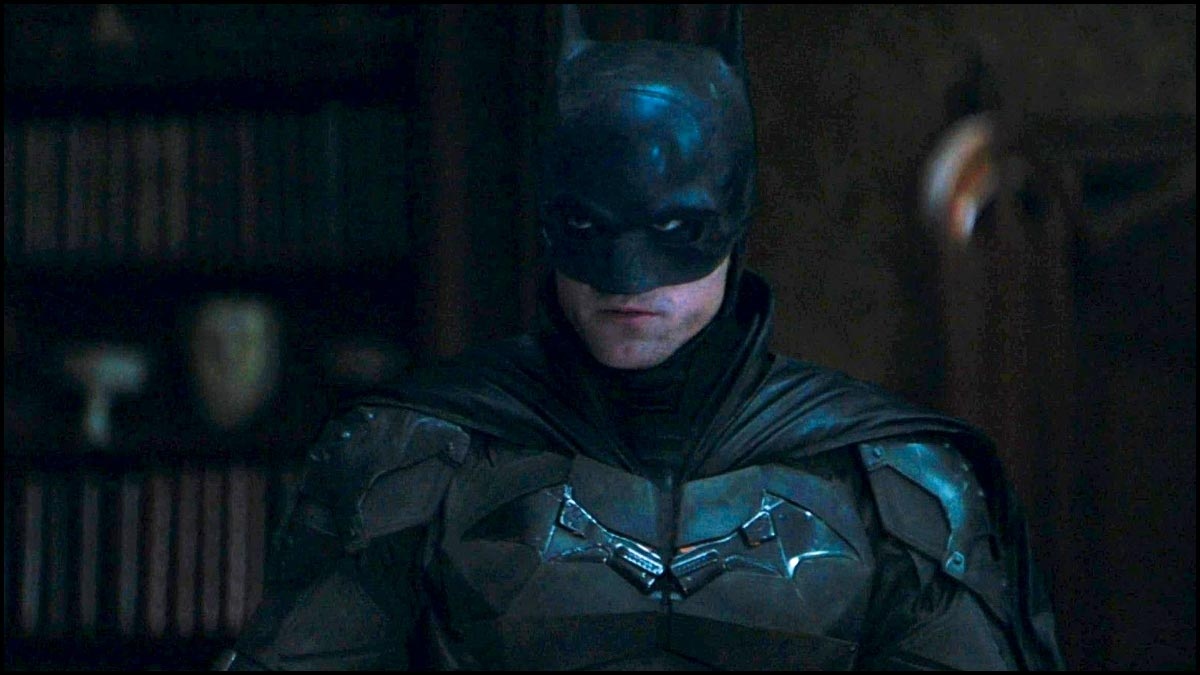 In the footage, director Matt Reeves opened up about his intimate approach to the DC Comics icon as dark, grungy, and beautiful footage took the screen. The featurette opened with Bruce Wayne walking to the tune of ominous piano music from Michael Giacchino. “For some reason, Batman has always stood to as one of the major characters of the 20th century,” the film’s star, Robert Pattinson explains. Reeves promises this is “radically different” from other Batman movies.

The director bills this not as an origin story but it Batman in his early days, filled with rage and learning his way. Reeves noted the film was partially inspired by Batman: Year One, the seminal work from writer Frank Miller. Meanwhile, the footage shows Batman ruthlessly beating up goons in what could have been a dark prison set, lit only by the alarming color of red light. Explosions, police officers, and dark chaos fill out the footage. “He’s really working out this rage,” said Pattinson in a featurette. “All the fights seem very personal. We can’t wait for you to see The Batman in theaters, next year,” Reeves concludes and a slightly updated version of the already released trailer of The Batman was screened. 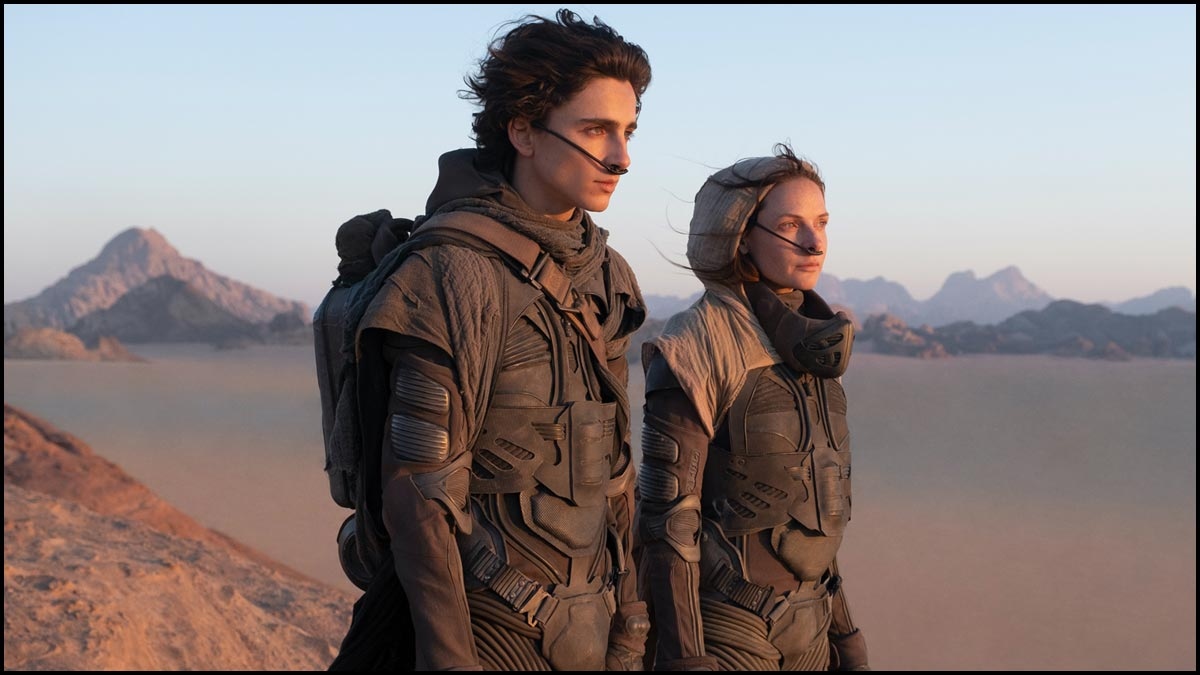 On the other hand, Dune may have been the biggest surprise of the short showcase. It’s a title that is an adaptation of an epic sci-fi book of the same name. Directed by Dennis Villeneuve, the cast boasts Jason Momoa, Josh Brolin, Zendaya, Oscar Isaac, Timothee Chalamet, David Dastmalchian, Dave Bautista, Rebecca Ferguson, Javier Bardem, and more. Although Dune will be available on HBO Max the day of its release later this year, the movie team is touting it as a movie best experienced in theaters.

A behind-the-scenes featurette shows the many vast, practical sets. “I was instantly invested in the characters,” Zendaya said early in the clip. “This movie is really kind of this heroic journey,” Chalomet added. Isaac points out how many stories have been inspired by the original Dune book, referencing the likes of Star Wars and Game of Thrones. Footage shows off incredible practically built vehicles, the immersive costumes, and how scenes went from concept art to real sets.

Silhouettes are seen in action sequences, lit by various colors and often surrounded by real flames, leading to Dastmalchian saying the sets made his jaw drop, with similar compliments coming from Bautista and Bardem, as well. “It is about planet Earth and the clash of cultures,” Isaac declared of the film’s story. The cast and director boast about what experience it will be on the big screen. An action-packed, fiery sizzle reel rounds out the featurette. “Trust me, you’re gonna have a good time,” Jason Momoa concluded. 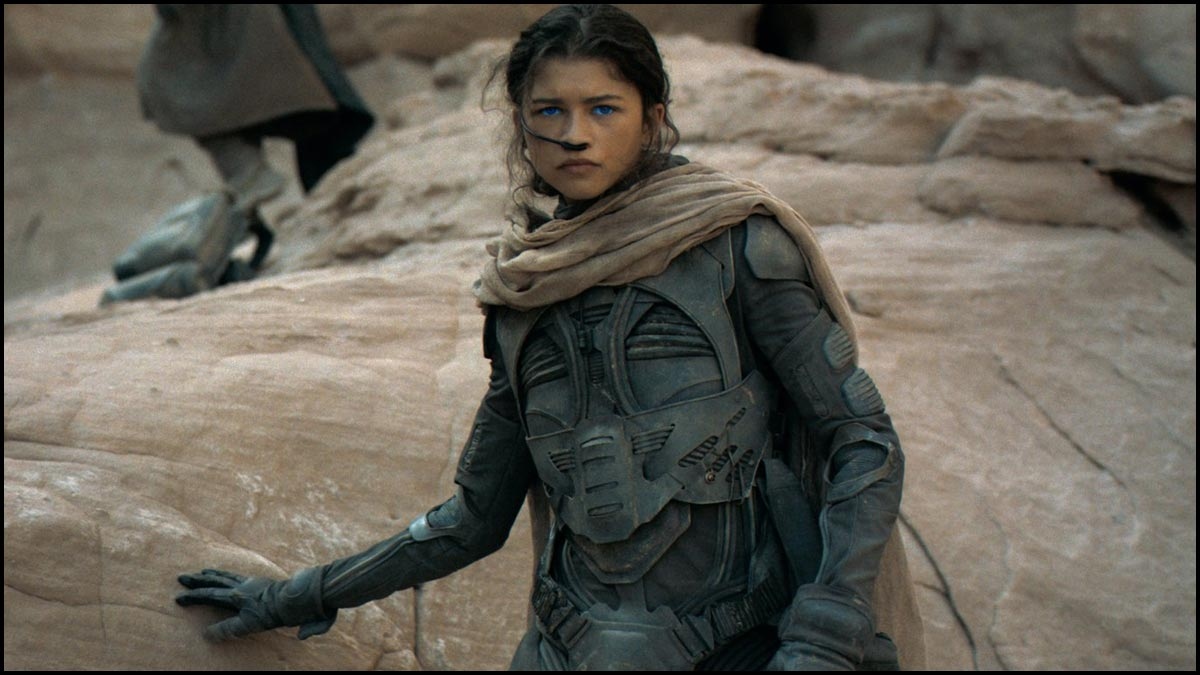 This all leads to an extended clip from the film. The Dune clip was pretty stunning and played only for the crowd in attendance of CinemaCon 2021. It’s a stunning scene sequence that summarizes the ambitious scope of this film which Villeneuve aimed to keep as practical as possible. This all cuts to a sizzle reel showing off many more action beats, some of which involve hand-to-hand combat with futuristic suits of armor and others see flying crafts crashing into one another and chaos ensuing. All things considered, the quality of the story is ambitious to say the least but Villeneuve is making sure everyone is blown away by the visuals, at a minimum.

The Warner Bros. presentation also signaled what appears will be a very big year for Oscar-nominated cinematographer Greig Fraser (Lion), who lensed both Dune and The Batman, creating distinctly different yet epic looks for each. Warner Bros. concluded their panel with the vast presentation of the cinematic marvel ‘Dune’.