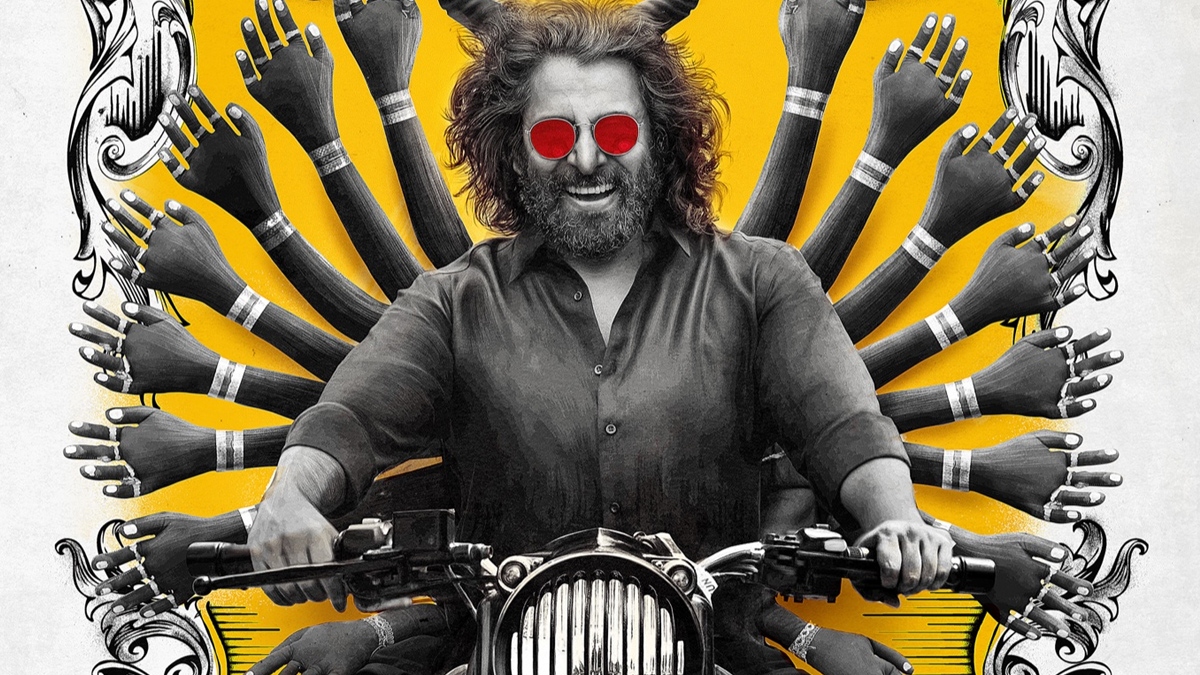 The major announcement has just landed and yes Vikram’s ‘Chiyaan 60’ has now got the powerful title ‘Mahaan’ and the astounding first look poster has turned fans speechless. The FL is absolute mass with Vikram riding a bullet bike wearing next-gen red coolers as swords and knives of different varieties form an arch behind him ala Lord Yama. A gentle reminder that we got the scoop on this title well in advance to you. Read : Is this the powerful title of ‘Chiyaan 60’?

‘Mahaan’ is directed by Karthik Subbaraj with Santhosh Narayanan scoring the music, Shreyas Krishna handling the camera, Vivek Harshan editing and produced on a grand scale by Lalit Kumar under the banner Seven Screen Studios. 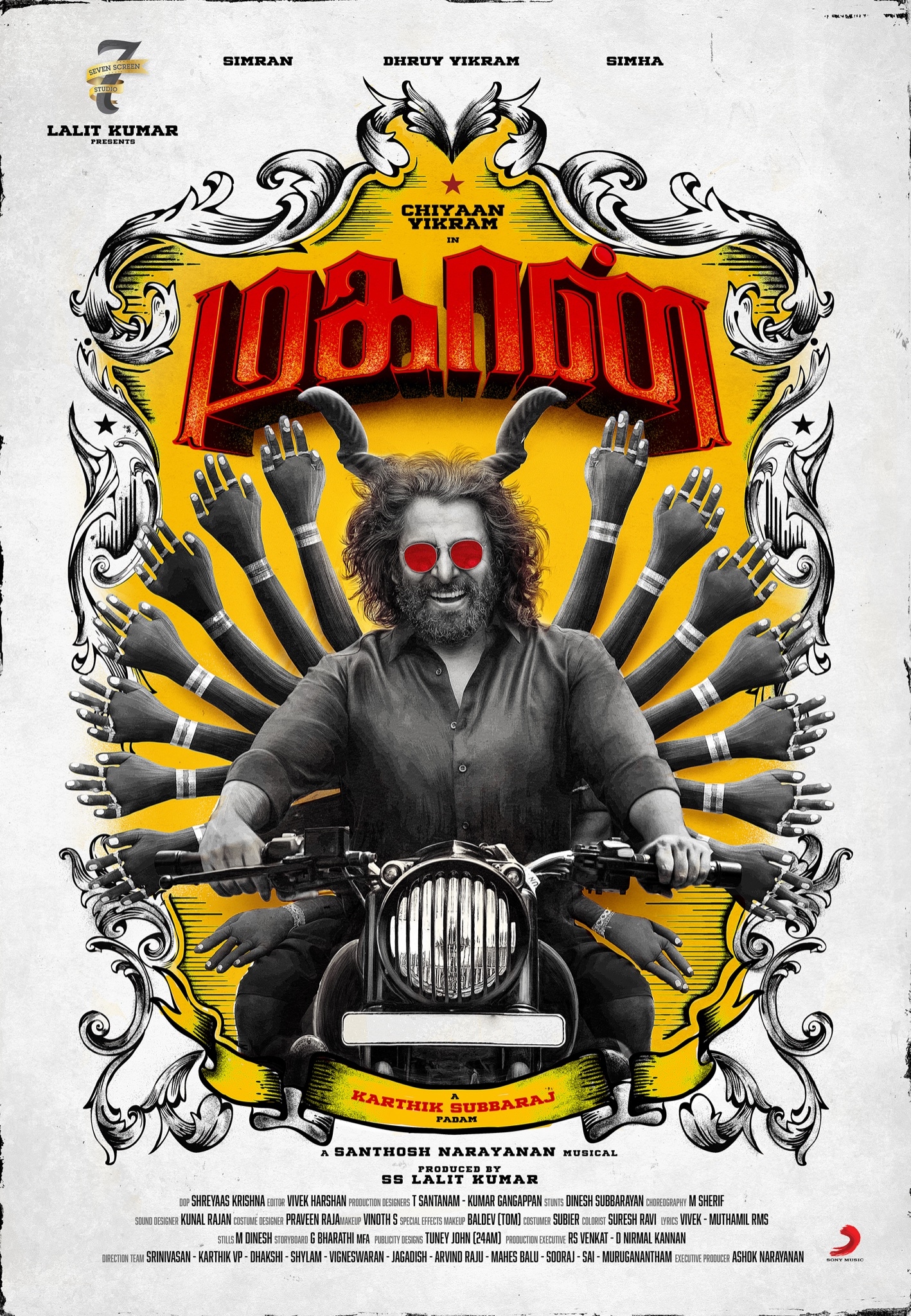 ‘Mahaan’ is a milestone film uniting Vikram and his son Dhruv Vikram on screen for the first time in their careers. Simran and Vani Bhojan are the leading ladies while Karthik Subbaraj regulars Bobby Simha and Sananth are playing important characters. The release is expected on a festive date later this year which most probably could be October 14th.