A lot is happening in the life of young actress Keerthy Suresh during the Onam festivities. She started her new journey as an entrepreneur with the startup “Bhoomitra’ a natural skincare brand. Earlier today she also the first look of her new film ‘Bholaa Shankar’ with Megastar Chiranjeevi was unveiled. The film is the official remake of the Tamil blockbuster hit ‘Vedaalam’ starring Thala Ajith, Shruti Haasan and Lakshmi Menon. 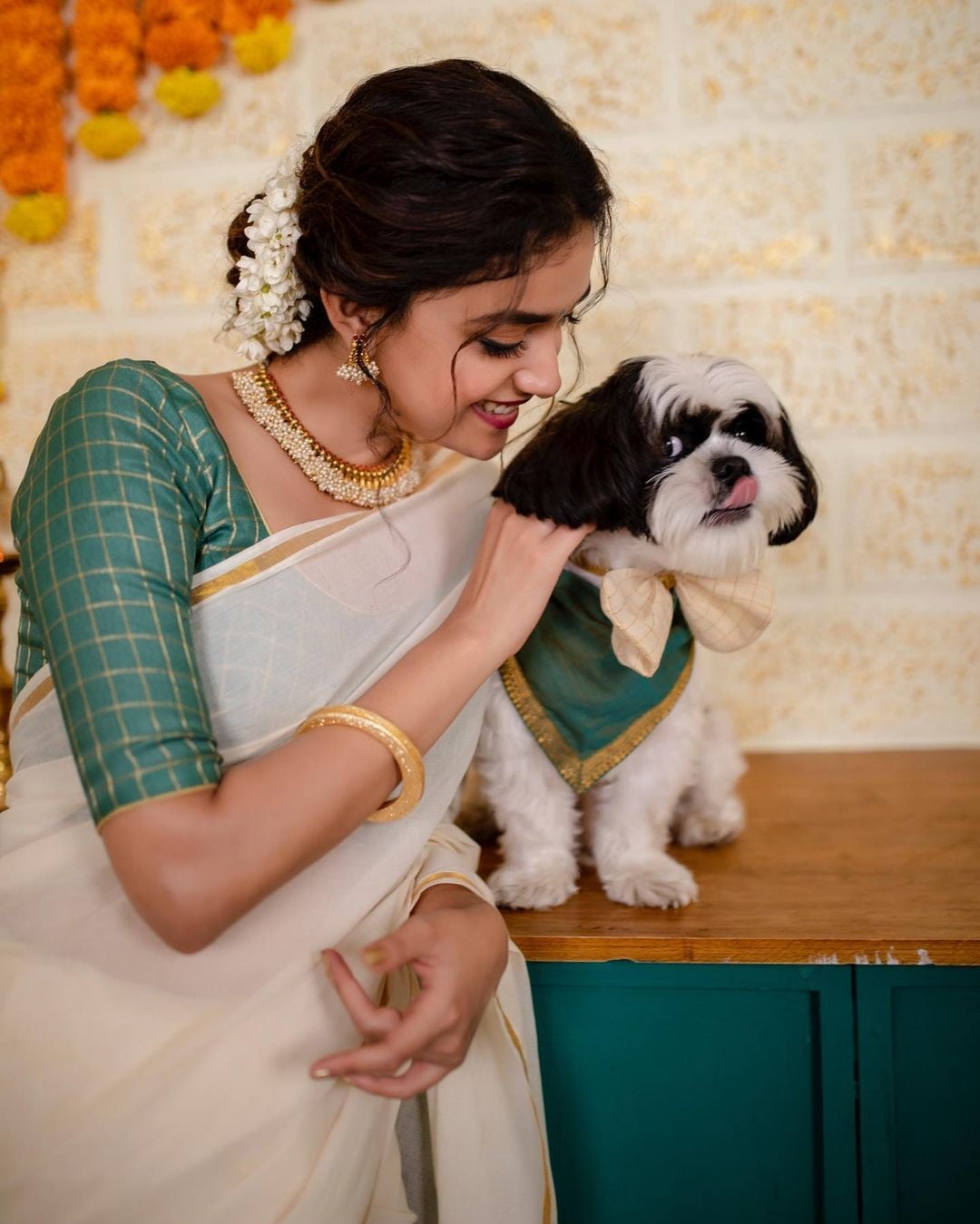 Keerthy treated her fans to her latest photoshoot with her pet dog Nyke and she is seen wearing a traditional white and gold Kerala saree with a green blouse. The best actress National Award winner is so radiant that the shots could have been achieved without lights too. 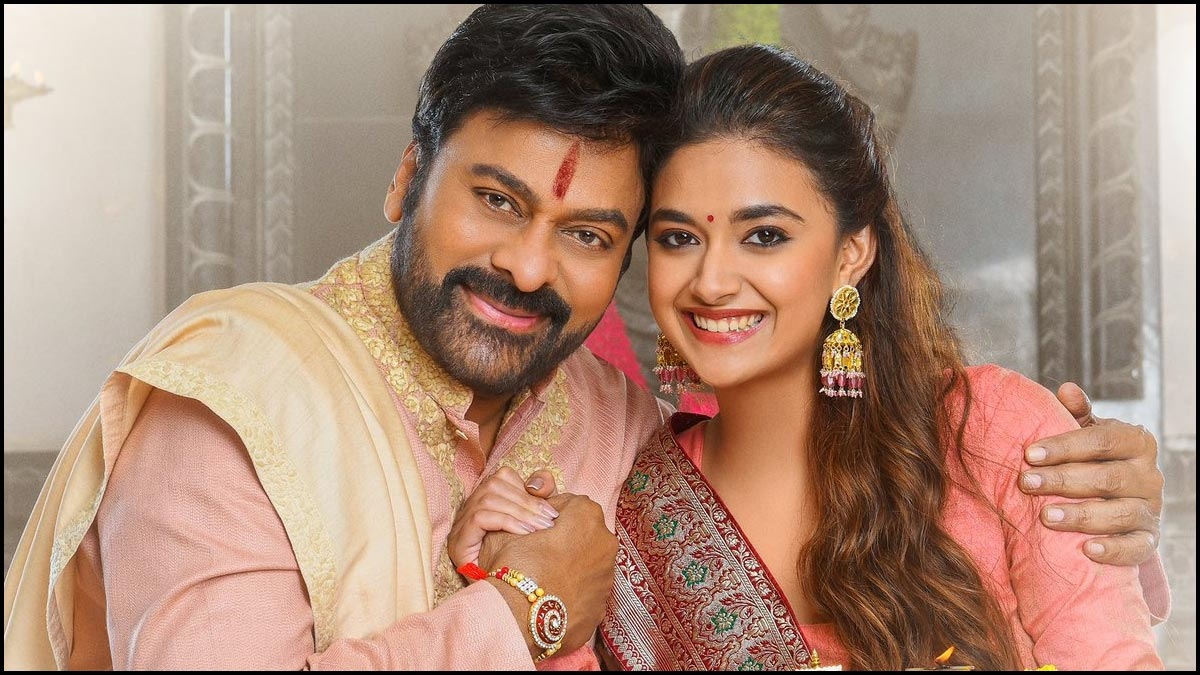 Keerthy’s upcoming films include ‘Annaathe’ with Superstar Rajinikanth which is directed by Siruthai Siva and produced by Sun Pictures and is in the final leg of shooting. Her other film ‘Saani Kaayidham’ directed by Arun Matheshwaran and costarring Selvaraghavan is already wrapped up. 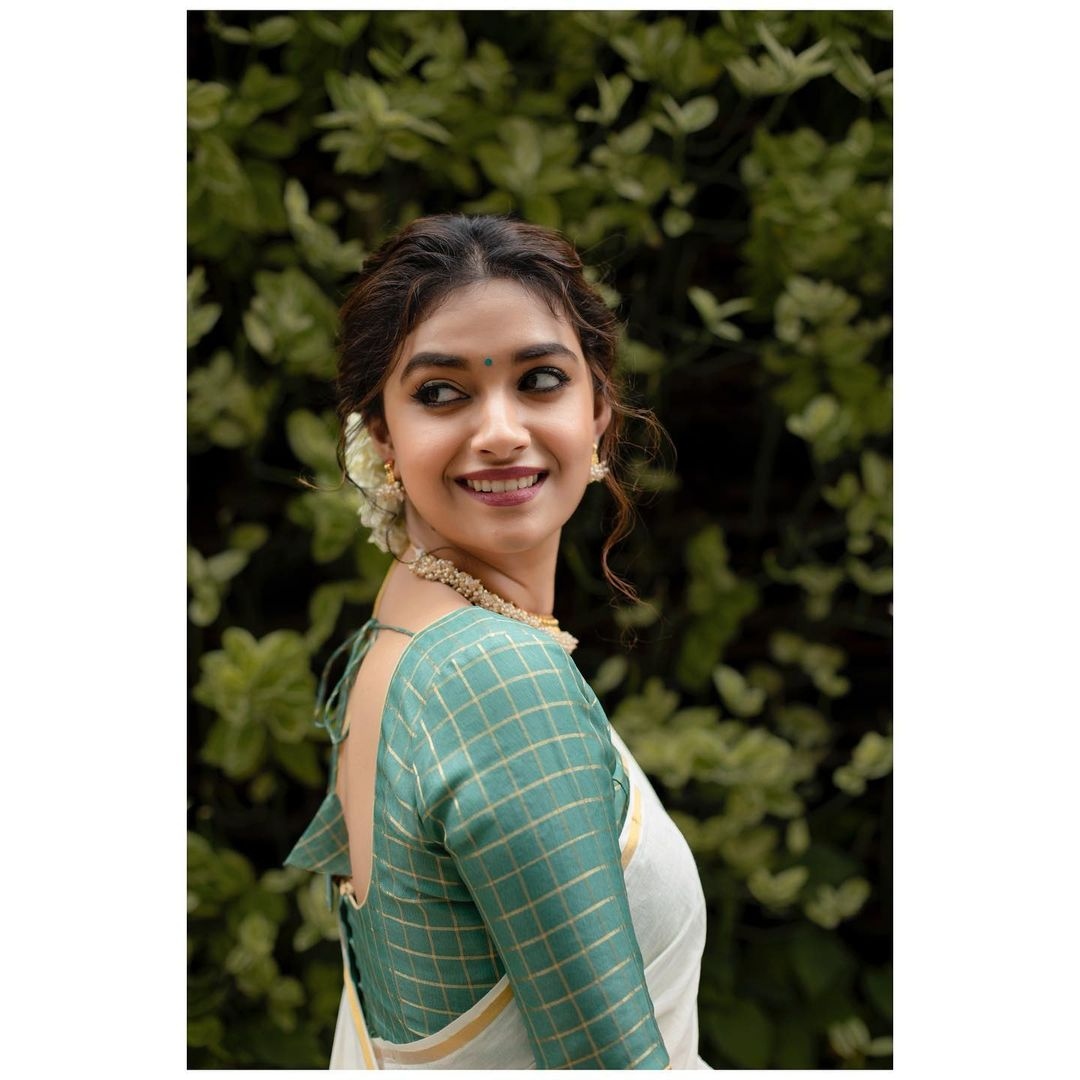