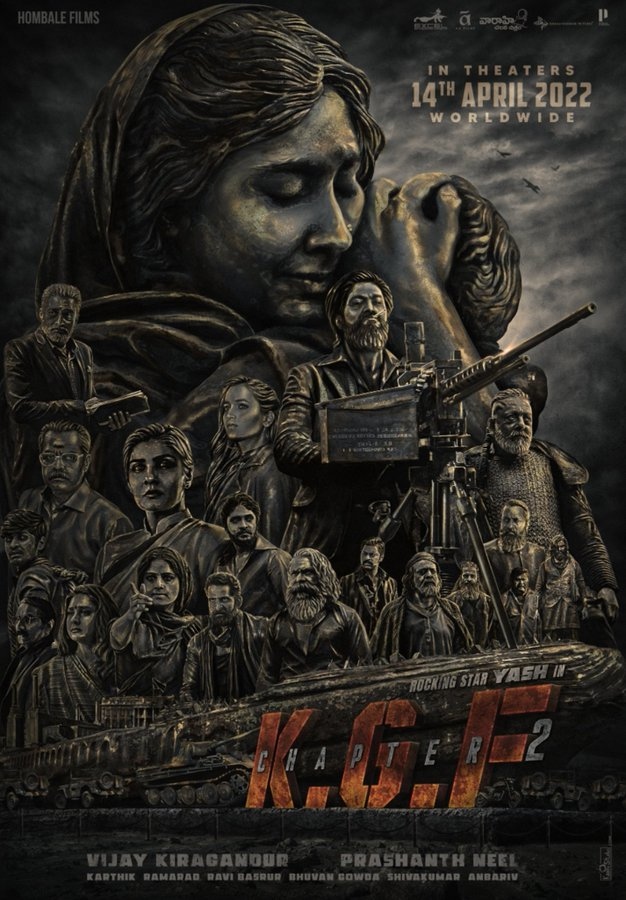 One movie that has been on the watchlist of pan Indian audiences for almost three years is undoubtedly ‘KGF: Chapter 2’ the sequel to the monster hit ‘KGF : Chapter 1’ released in the year 2018. The coronavirus pandemic caused several delays not only in the shooting of the new film but also the release dates.

It is now final and the Hombale films have confirmed that ‘KGF : Chapter 2’ directed by Prashant Neel will hit the screens on April 14th 2022 worldwide. Yash the hero of the film wrote on his social media “The uncertainties of today will only delay our resolve, but the eventuality is as promised. We will be out in theaters on April 14th 2022”. The assurance that the film will hit the screens as opposed to OTT has not only delighted fans but also theater owners and workers whose livelihoods have been affected for the past six months.

The ‘KGF : Chapter 2’ team has treated fans to yet another mass overloaded poster this time giving space to all the stars of the film Yash, Sanjay Dutt, Raveena Tandon, Srinidhi Shetty and others. But what strikes is the biggest space given to the mother carrying her child hinting that this edition will be loaded with the mother-son sentiments already touched passingly in the original.