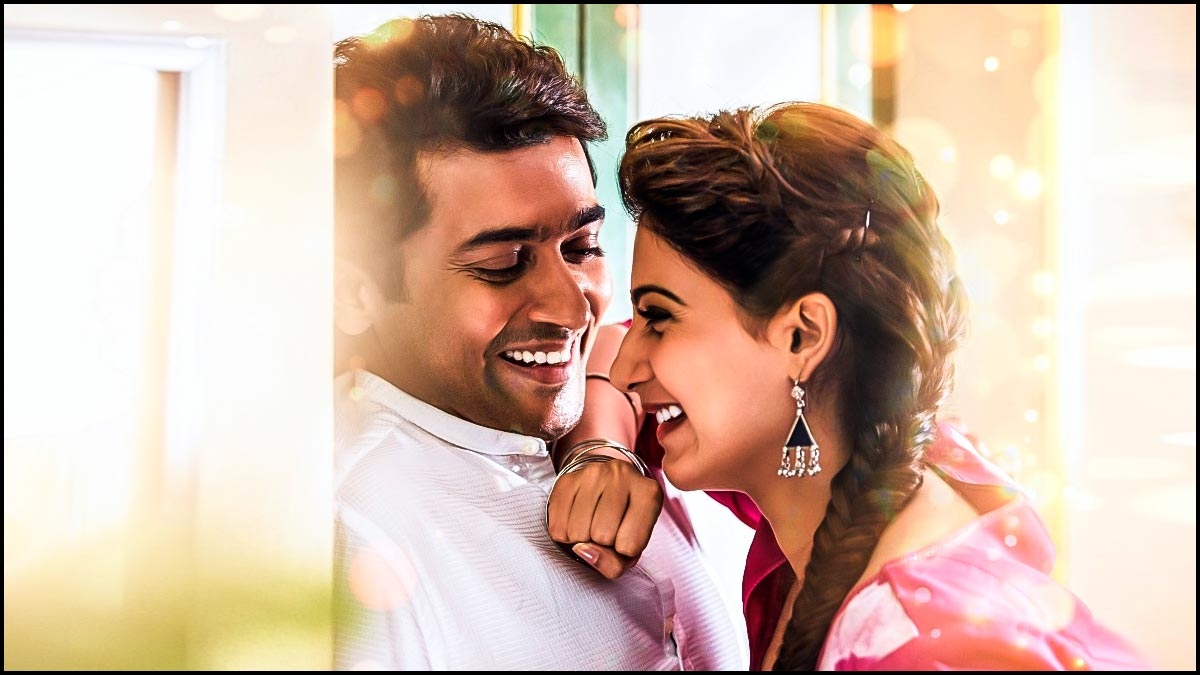 Actor Suriya and actress Samantha Akkineni have bagged awards at an International film festival today. They both are highly talented and acclaimed actors who were known for their bold and content-oriented script selection. Suriya’s performance in ‘Soorarai Pottru’ and Samantha’s performance in ‘The Family Man Season 2’ won them the prestigious prize.

‘Soorarai Pottru’ is a record-shattering Tamil OTT film starring Suriya in the lead role. Directed by Sudha Kongara of ‘Irudhi Suttru’ fame, it marked the comeback film of Suriya after a low phase in his cinema career. Soorarai Pottru is loosely based on the biography of Capt Gopinath, founder of the low-cost airline ‘Air Deccan’. Suriya is highly acclaimed for his acting in this biopic in which Aparna Balamurali played the female lead with music scored by GV Prakash. 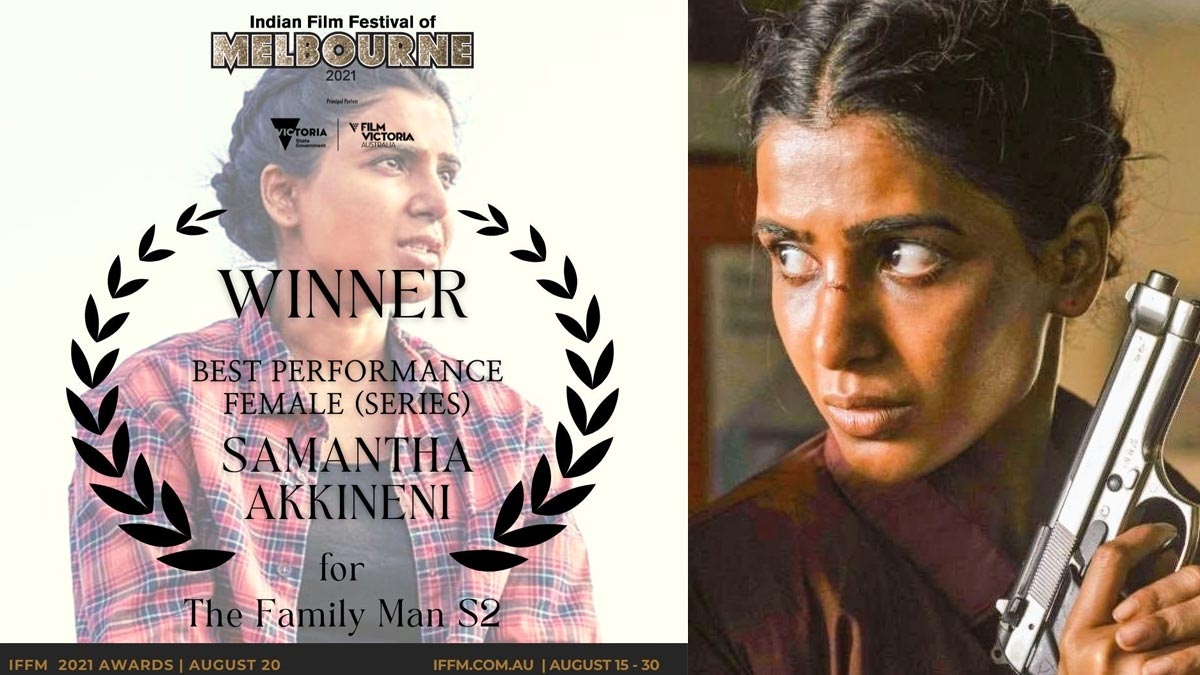 Soorarai Pottru premiered on Amazon Prime in the languages Tamil, Telugu, Malayalam and Kannada. This biopic gained a lot of appreciation and marked a record number of streams on the OTT platform. Today, Suriya won the Best Performance Male and Soorarai Pottru won the Best film at the Indian Film Festival of Melbourne (IFFM) 2021.

Meanwhile, Samantha has pocketed the Best Performance Female award at IFFM 2021for the second season of the web series ‘The Family Man’. The coincidence is that this web series is also a production of Amazon Prime Video. The Family Man is a Hindi espionage action thriller series created by Raj & DK. Samantha played the main antagonist in the second season of the series. Her role is Rajalakshmi, a girl from the Srilankan Tamil Rebel Group. 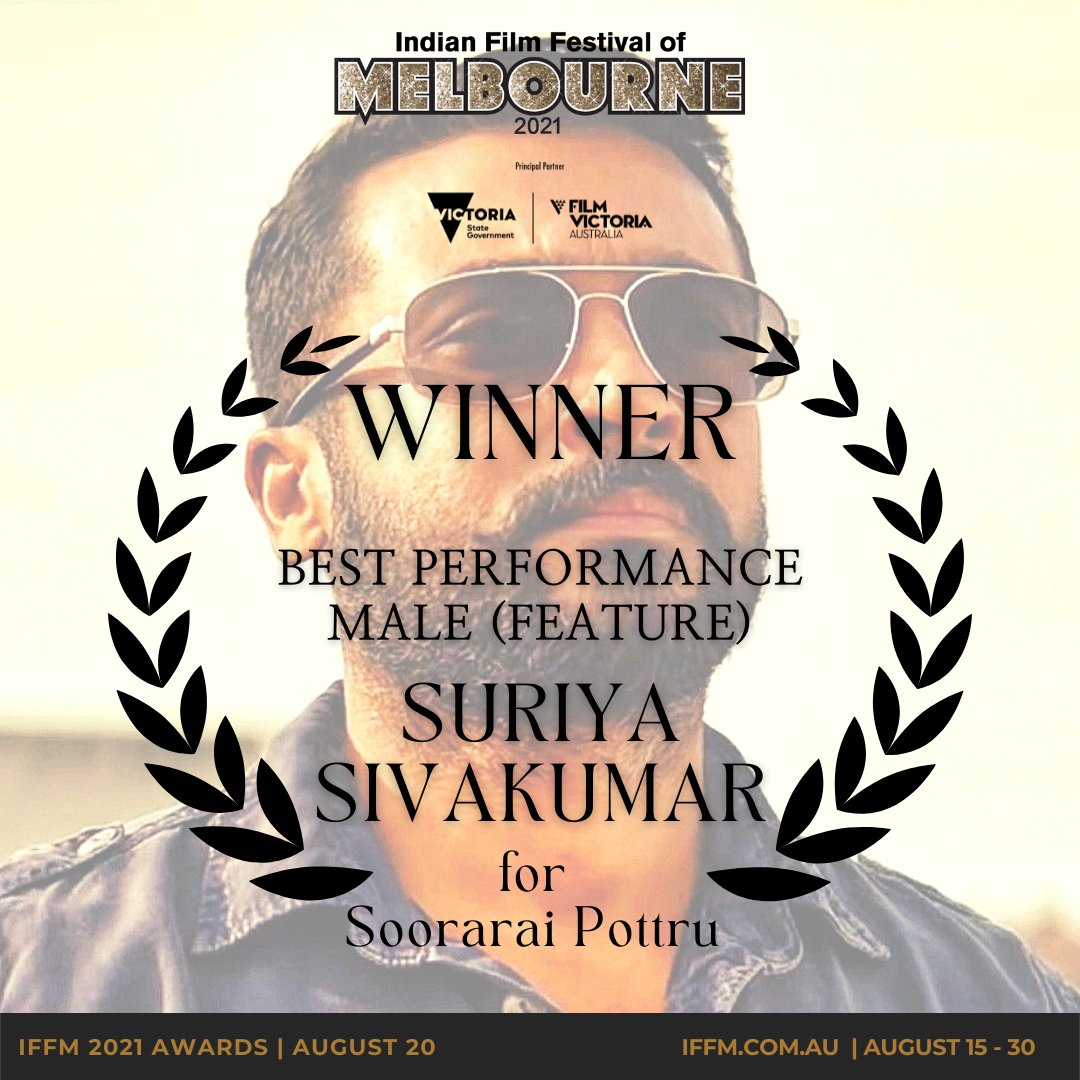 The Family Man also features Manoj Bajpayee, Priyamani, Sharad Kelkar, Neeraj Madhav, Sharib Hashmi, Dalip Tahil, Sunny Hinduja and Shreya Dhanwanthary. The show created controversies as it hurt the feelings of Tamil Eelam people and it portrays LTTE as a terrorist organisation. Suriya and Samantha are receiving a lot of wishes from the people of the cine industry for their achievement. The Malayalam movie ‘The Great Indian Kitchen’ has also won the award for Equality in Cinema category at IFFM 2021.