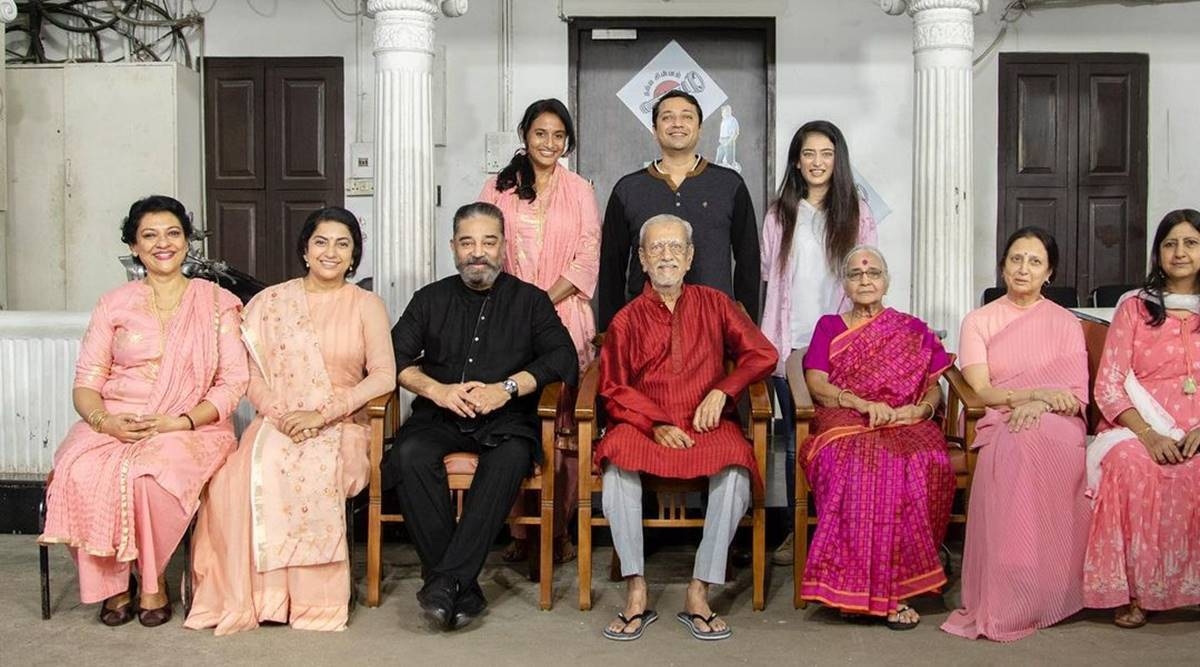 Kamal Haasan has many titles attached to his earned through his great achievements in the Indian film industry. However, fans fondly address him as Alwarpetta Aandavar associated with the house he was brought at the Eldams Road in Chennai. It was here that his famous nieces Suhasini Mani Ratnam and Anu Haasan also were born. 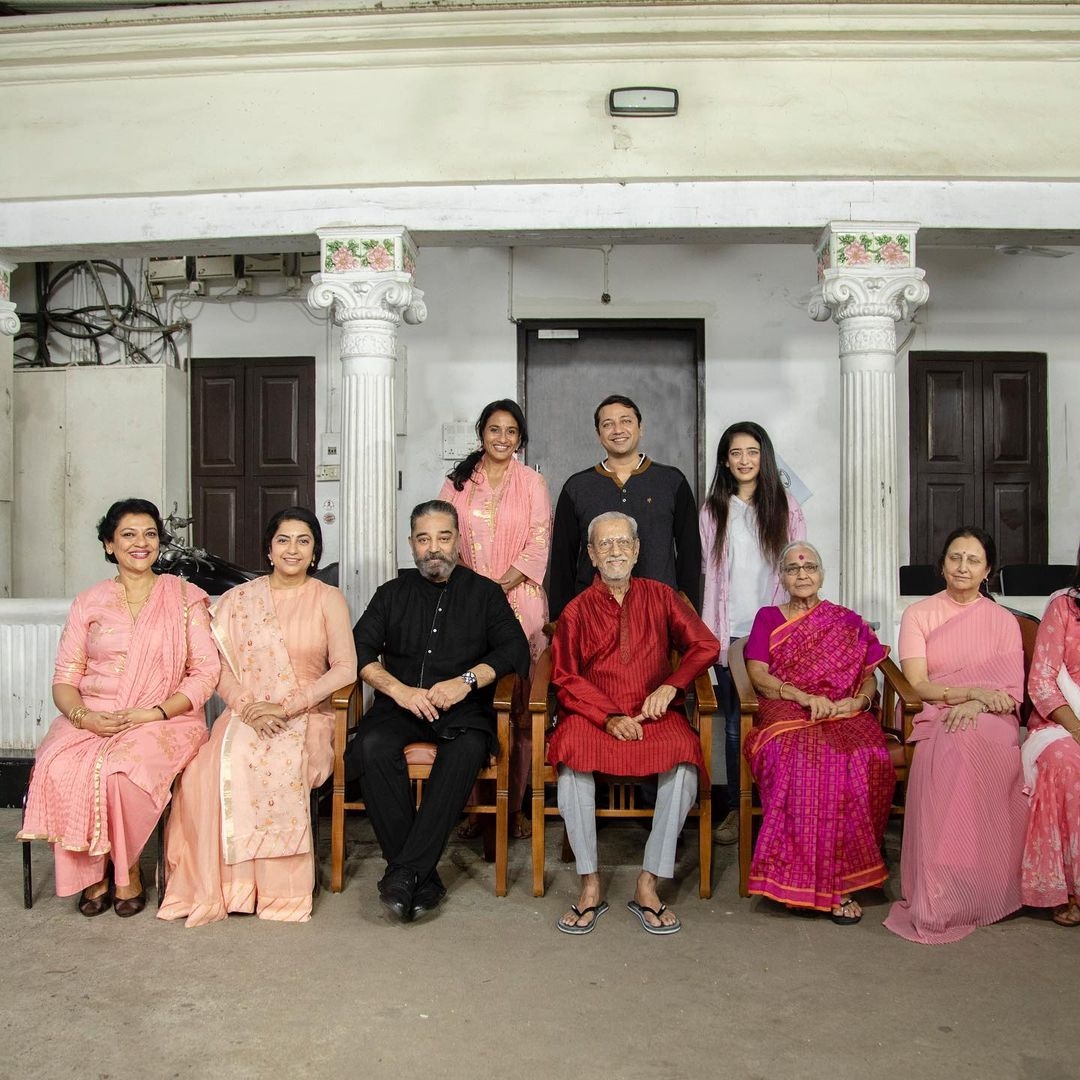 The Haasan’s renovated the property and on Tuesday, Suhasini Mani Ratnam shared photos of the pleasant moments and captioned them “Going back home to the family house in Eldams road. All the bright Hasans”. Kamal’s eldest brother, the veteran lawyer and actor Charu Haasan is also seen along with the rest of the family members. 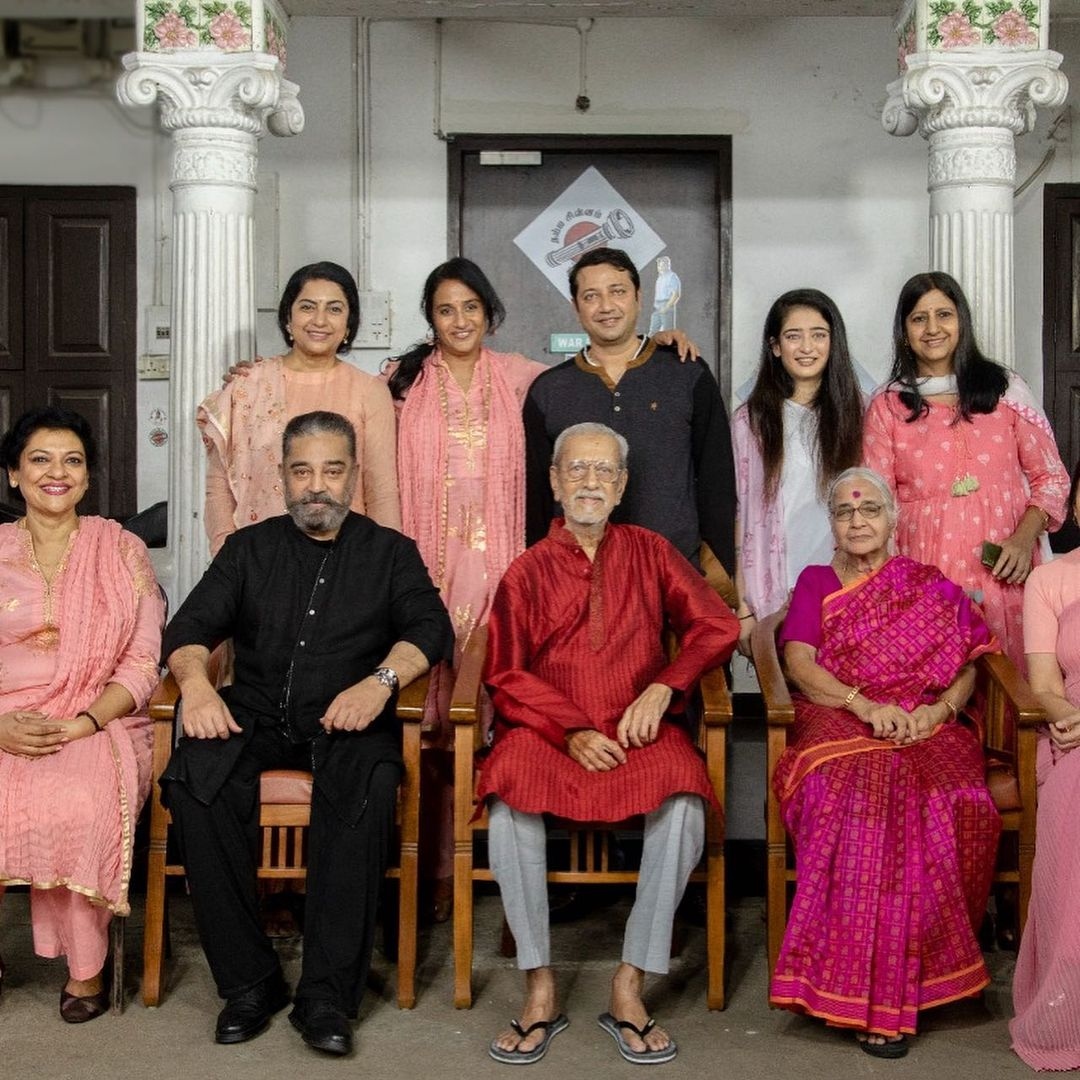 Kamal’s youngest daughter Akshara Haasan made it to the family gathering and posted on Insta a photo with her dad and wrote to her his elder sister Shruti Haasan “You missed this also”. Shruti who is busy with the shooting of Prabhas’s ‘Salaar’ replied with live “Awww LOOK AT THE BOTH OF YOU”. 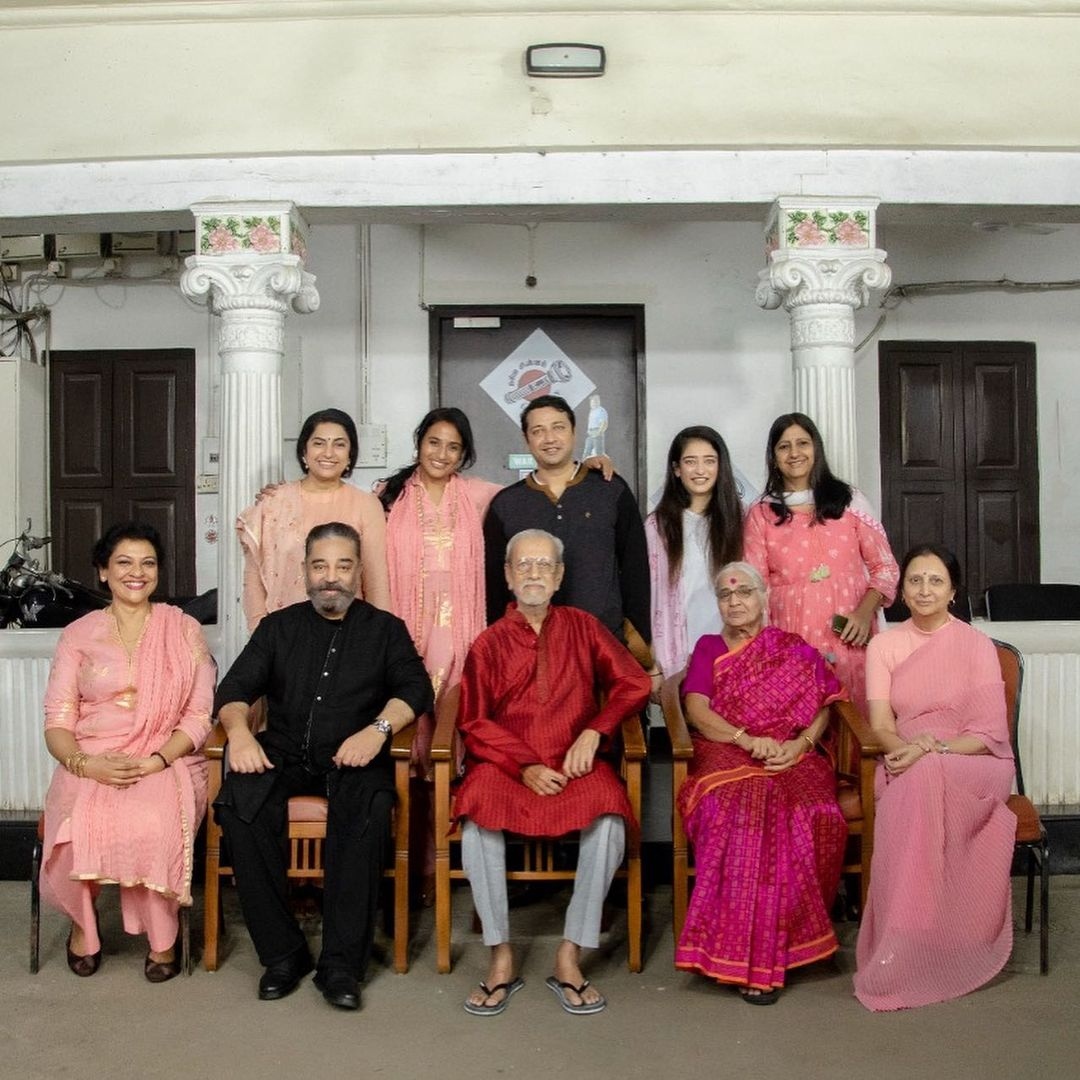 The Ulaganayagan will be traveling to Karaikudi during the weekend to begin a long schedule of his next film ‘Vikram’ directed by Lokesh Kanagaraj. The Raaj Kamal Films International production has music by Anirudh Ravichander and costars Vijay Sethupathi, Fahadh Faasil, Kalidas Jayaram and Andrea Jeremiah.