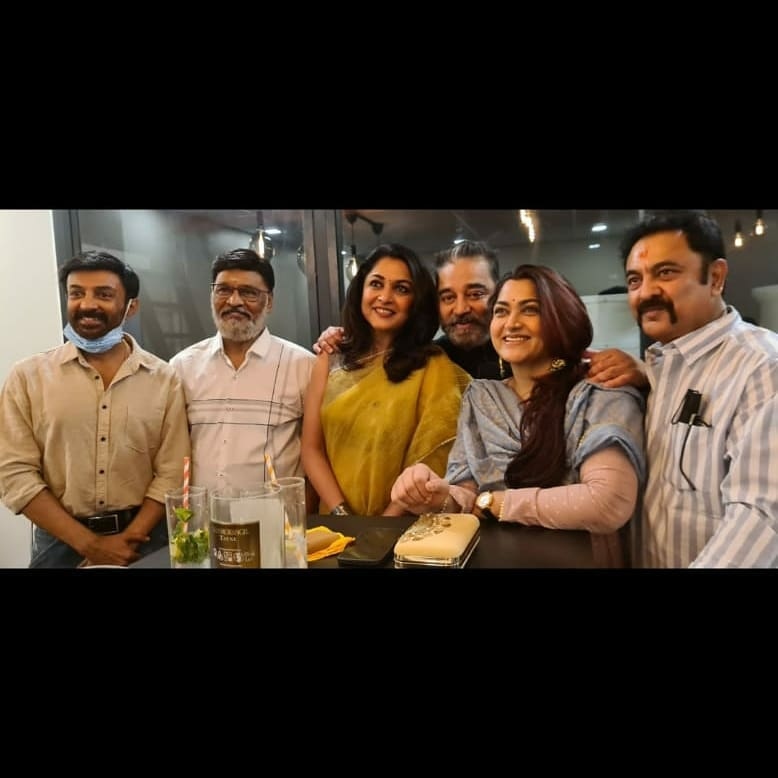 The ever pretty actress Ramya Krishnan has shared awesome photos from the birthday celebrations of actress Suhasini Mani Ratnam. Kamal Haasan has graced the occasion along with other legendary 80s stars Mohan, K.Bhagyaraj, Khushbu, Poornima Bhagyaraj, Lissy and Rajkumar.

The eighties stars bond close together and every year they conduct get-togethers when most of the biggest names of South Indian and Bollywood cinema converge at any one of the state capitals. While Rajini is a regular at the meets, Kamal is rarely seen in any of them and this one is a treat for his fans. 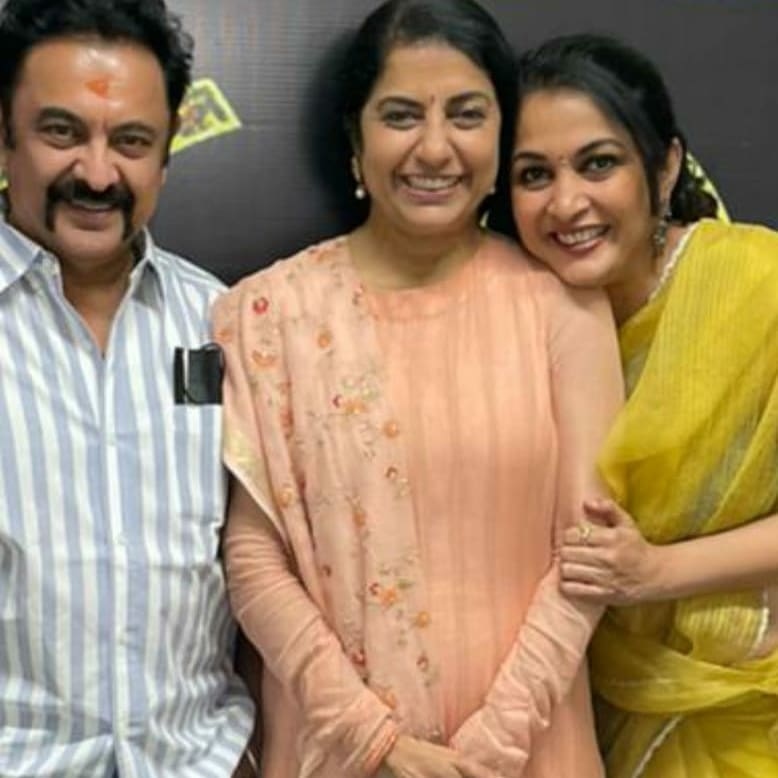 Kamal and Ramya Krishnan have paired up in the evergreen comedy blockbuster hit ‘Panchathanthiram’. They reunited for ‘Sabaash Naidu’ directed by Kamal and produced by Lyca Productions which unfortunately was shelved after a month of shooting in the USA.