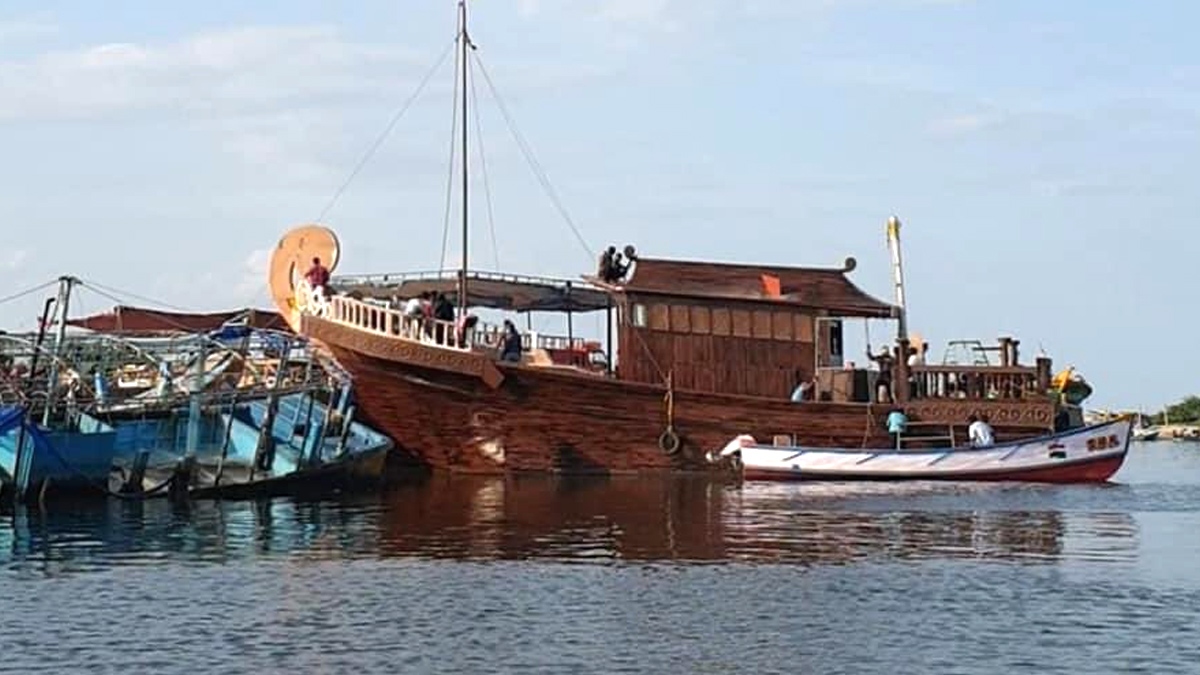 The team of the mega-budget historical fiction flick ‘Ponniyin Selvan-I’ recently moved to Madhya Pradesh for the next schedule of filming. PS1, which is the most expensive Indian film currently in production, is an adaptation of the epic period novel of the same name by renowned author Kalki. Produced by Madras Talkies and Lyca Productions, Mani Ratnam is directing this cinematic marvel.

The PS1 team completed the long schedule in Hyderabad recently and has now moved to ‘Orcha’, a city known for its architectural wonders like mighty forts and ancient temples. This factor makes it an ideal location to shoot a period drama. The veteran actor Prakash Raj, who had undergone minor surgery recently, was spotted at the Gwalior with Mani Ratnam and Karthi. Today, one of the leading ladies of Ponniyin Selvan shared a BTS picture from the shoot location. 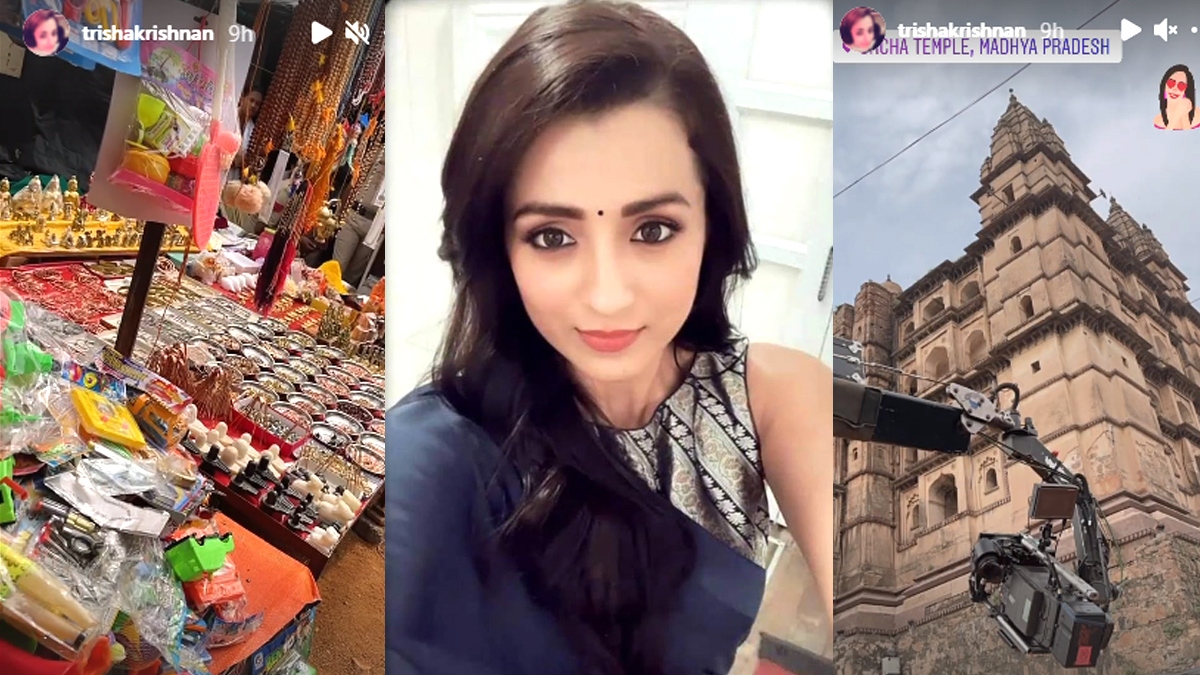 Actress Trisha, who is reprising the role of ‘Kundhavai’ in Ponniyin Selvan, took to the Instagram story to share behind-the-scenes clips from the shooting spot. She posted the clip of the camera rig and a monumental building in her story and marked the location as Orcha Temple, Madhya Pradesh. Her next story featured the fancy shops in the temple’s market. Probably, the 96′ actress was shopping during her shot break amid the brisk shooting of PS1.

‘Ponniyin Selvan’ is the story of internal war in the Chola Empire for the throne. It features an ensemble cast including Chiyaan Vikram, Karthi, Aishwarya Rai Bachchan, Trisha, Jayaram, Jayam Ravi, Prakash Raj, Sarath Kumar playing crucial roles. While AR Rahman is roped in for music, Ravi Varman is cranking the camera. While Ponniyin Selvan is being made in two parts, Ponniyin Selvan-I will release in the Summer of 2022.