Controversial starlet Meera Mithun was on Saturday arrested by the police in Kerala where she was hiding after an arrest warrant was issued against her under seven sections. She was wanted for demeaning scheduled caste people in Tamil Nadu in a video in which she accused them of illegal activities and also urged Kollywood to kick out filmmakers and actors belonging to the communities. Also Read :Sanam Shetty’s calm reaction to Meera Mithun’s noisy arrest 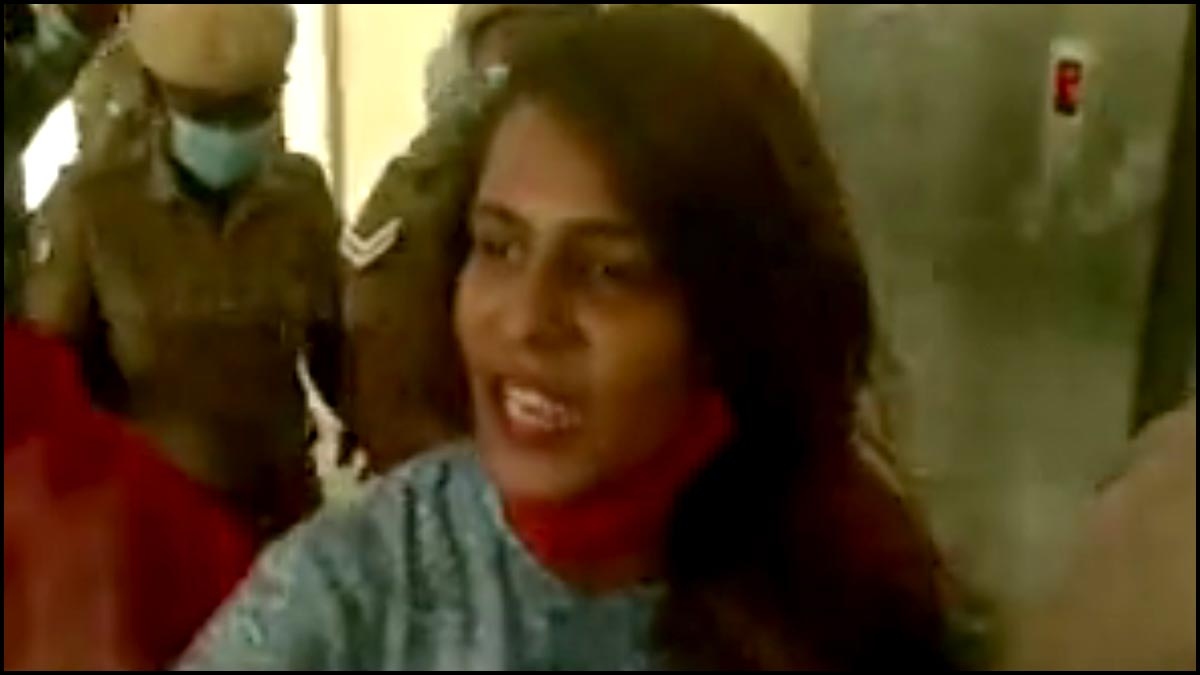 Meera created a ruckus during her arrest by screaming into a selfie video that a woman is being mistreated and appealed to the chief minister. When the police took her to court today the starlet told newspersons that she was not given any food for the past twenty four hours. She also alleged that the police broke her hand and questioned why action is taken against her while it was not on cases she filed against her detractors for the past three years.