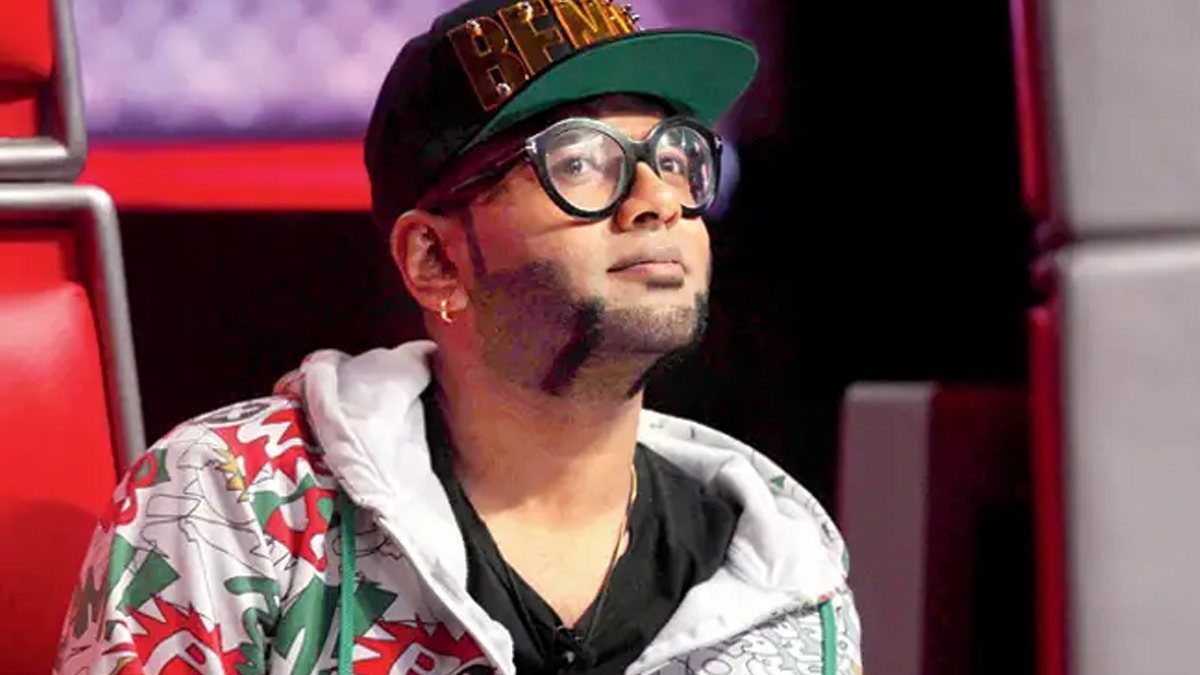 ‘Super Singer’ is a popular reality show of Tamil channel Star Vijay for young singing talents. Playback singer Benny Dayal is one of the judges in the eighth season of Super Singer, which is currently being aired on Vijay Television. Along with Benny, Anuradha Sriram, SP Charan and Unnikrishnan have been judging the music reality show on the channel for the past few seasons. 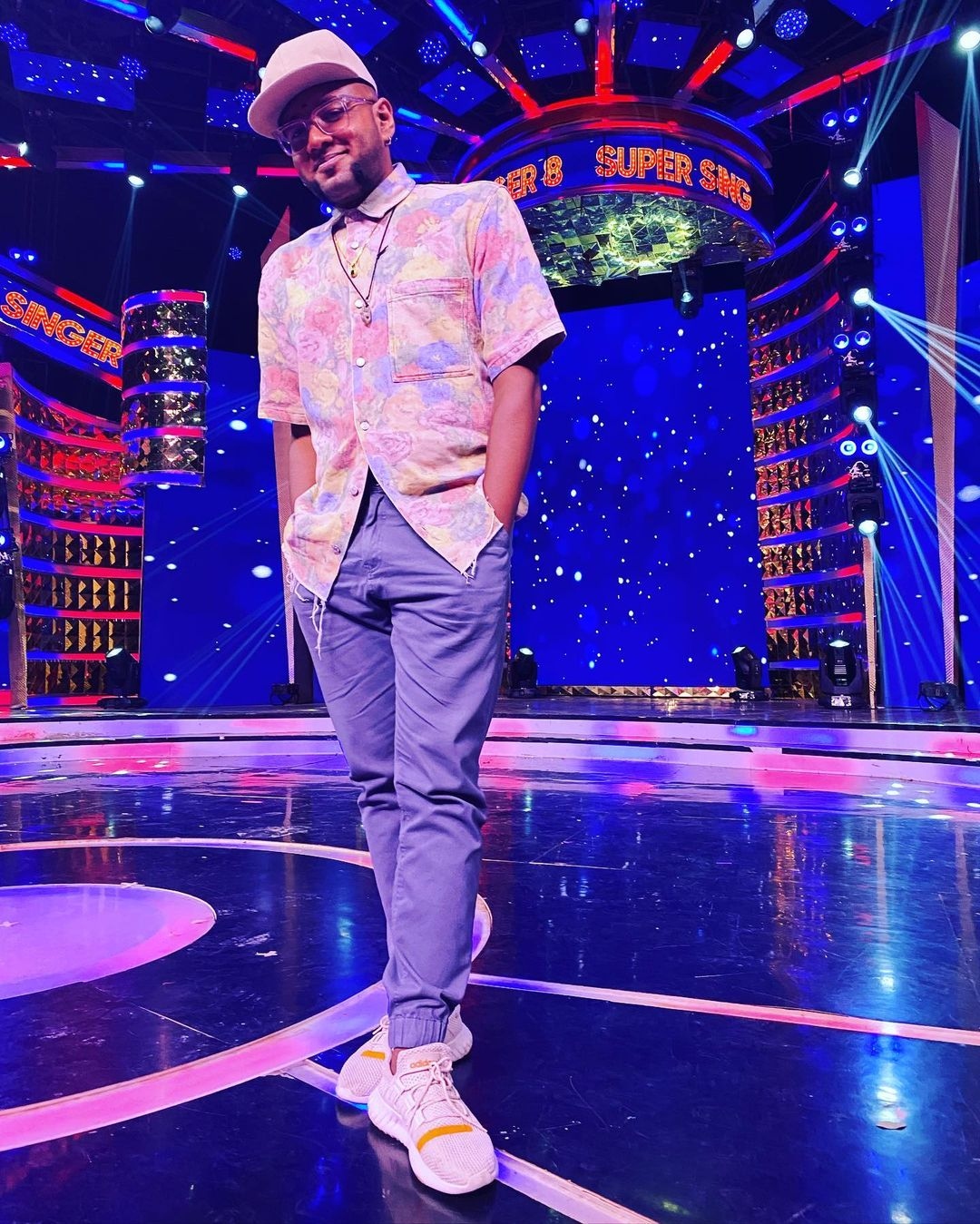 Today, Benny’s latest post on Instagram has come as a shock to everyone. He said that he cannot take the hate messages anymore and hence he wouldn’t be part of Super Singer from next season. It is the outcome of the hate comments he has receiving as a result of being the judge of Super Singer 8.

Dayal wrote, “I will no more be posting anything associated with Super Singer 8. I can’t take all the hate messages. Thank you for all the love you have shown me. I am human after all. I’m done. Thank you. Won’t see you next season.” While the singer has not stated the reason directly, the fans are suspecting that is because of a contestant’s recent elimination from the Super Singer 8 show. 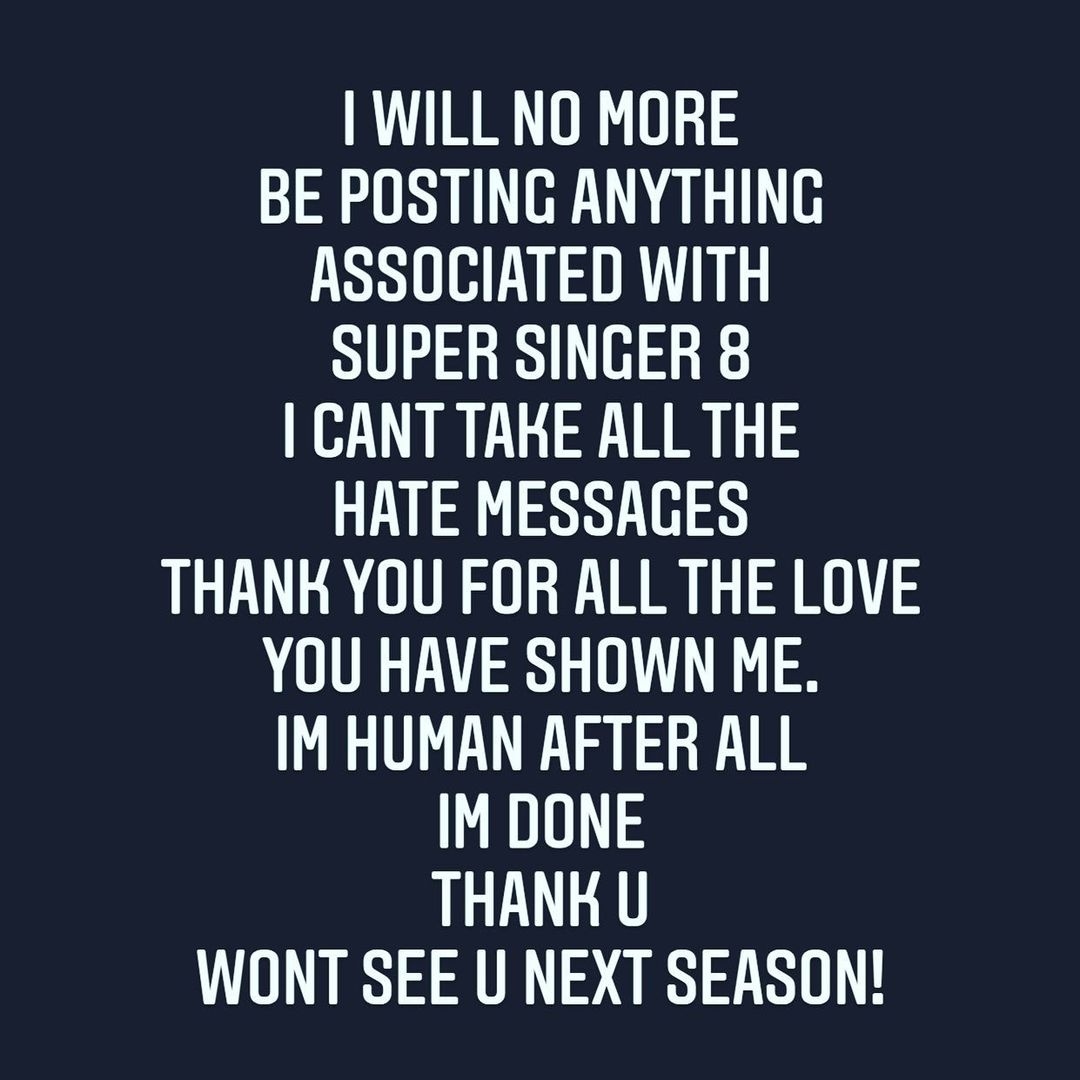 Sridhar Sena is a very versatile and talented contestant in Super Singer 8. He has been the best performer on several rounds of the contest. Unfortunately, Sridhar was eliminated from the show last week. The audience of the show thinks that the judges eliminated him though there were weaker contestants than him. The fans who thought the decision was biased showed their anger at Benny Dayal on his Instagram page as he was the one who announced the elimination.

Benny who felt that he doesn’t deserve this much hate has vented out his feelings on his post. There are both positive and negative comments in that post too. The singer has been responding to some of them. Dayal reportedly could not take the hate comments which is what made him take this decision. He added that he won’t post anything regarding Super Singer in the future.