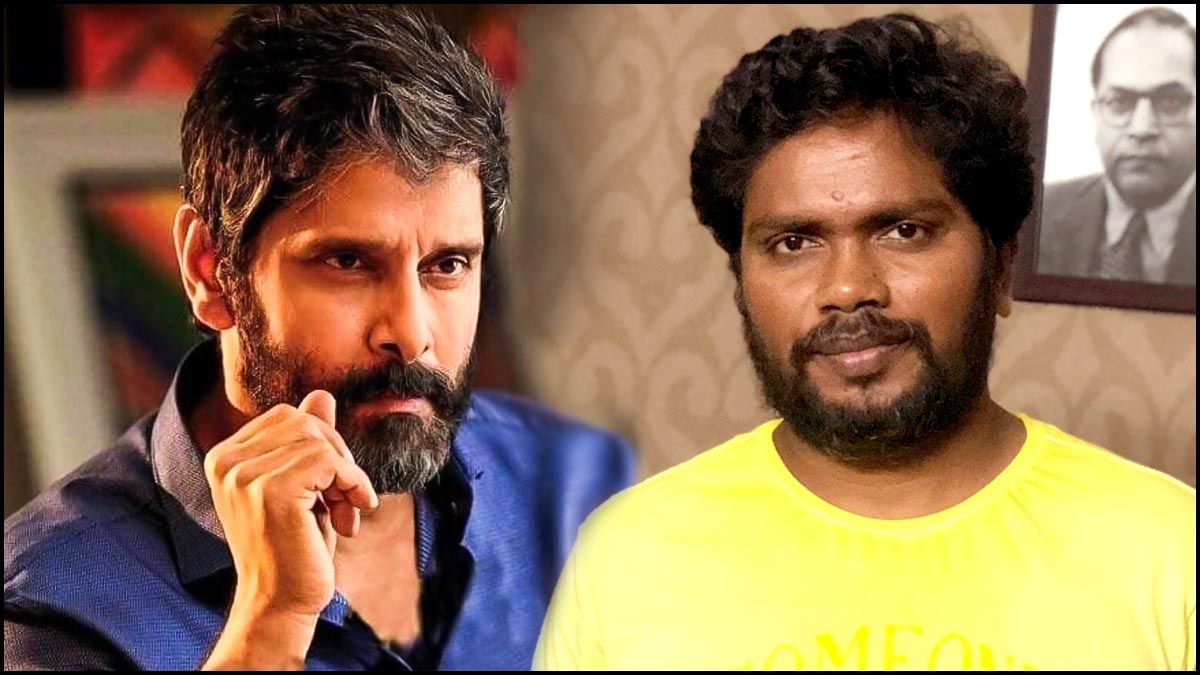 Chiyaan Vikram the chameleon of Tamil cinema is flying all over the country and abroad to complete his current films ‘Ponniyin Selvan’, ‘Cobra’ and Karthik Subbaraj’s ‘Chiyaan 60’ that has him sharing screen space with his son Dhruv Vikram. A hot buzz is floating around in Kollywood regarding his next after these biggies which is sure to set social media on fire.

It is reported that Vikram’s new movie is going to be directed by Pa. Ranjith and will go on floors in mid-2022. The sources add that the duo met at the time of ‘Madras’ and zeroed in on the script but had to postpone it due to Ranjith bagging back-to-back Superstar Rajinikanth movies ‘Kabali’ and ‘Kaala’. Studio Green K.E. Gnanavelraja is likely to bankroll this mega project.

It is needless to add that Ranjith is on another career-high after delivering the blockbuster hit ‘Sarpatta Parambarai’ starring Arya with an ensemble cast. He is gearing up to start a soft romantic film titled ‘Natchathiram Nagargirathu’ soon. The possible Pa. Ranjith- Vikram combo is sure to get not only fans worked out but the entire Indian film trade abuzz. Stay tuned for the official announcement.