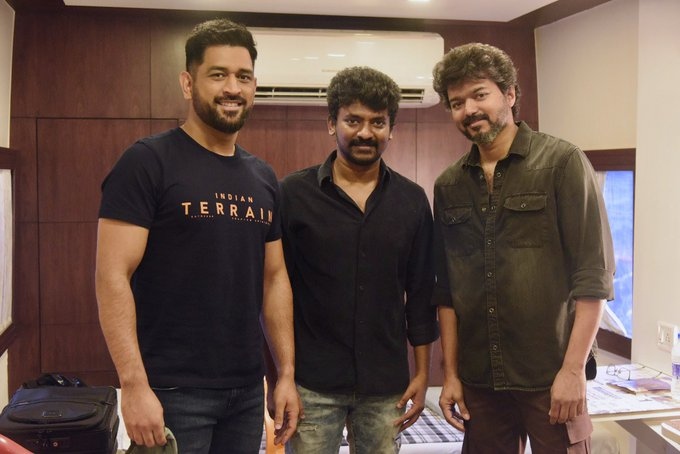 The hottest news of the day in the entertainment world is without an iota of doubt the sensational meeting between legendary cricketer M.S. Dhoni and mass hero Thalapathy Vijay. The former visited the Sree Gokulam Studios on the outskirts of Chennai to shoot an ad when he learned that the latter’s ‘Beast’ was also bring shot nearby and visited the sets.

Pics of Thala Dhoni and Thalapathy Vijay bonding in a separate room and later outdoors have gone viral on the internet and trending number one. ‘Beast’ director Nelson Dilipkumar shared a photo of himself flanked by the two stalwarts of Indian cricket and Tamil cinema. He captioned the pic “#BEAST & #LION #DOUBLEBEASTMODE”. 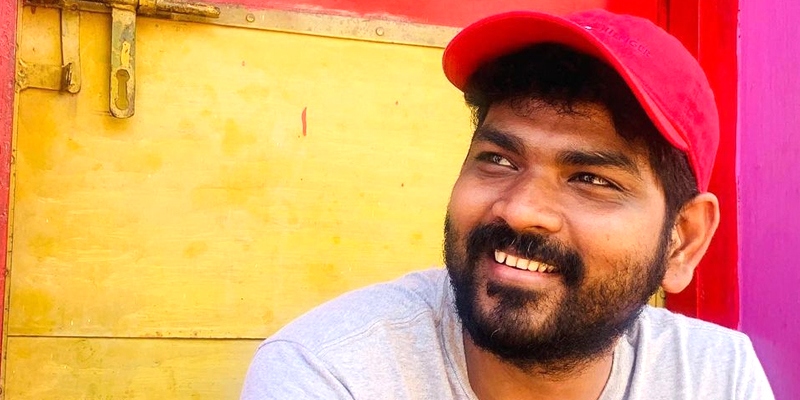 Director Vignesh Shivan a very close friend of Nelson Dilipkumar retweeted the photo and wrote “Oru vaartha…. Sollirukalaam…. !!! Stomach temperature 274 degree Celsius at the moment. Send me the raw file Nelson Dilip kumar …. will atleast do photoshop version for me …”

The ‘Kaathu Vaakula Rendu Kadhal’ director’s mock envious reaction to his best buddy’s pic with the masters is understandable as most people in Tamil Nadu would have given anything to pose between them.