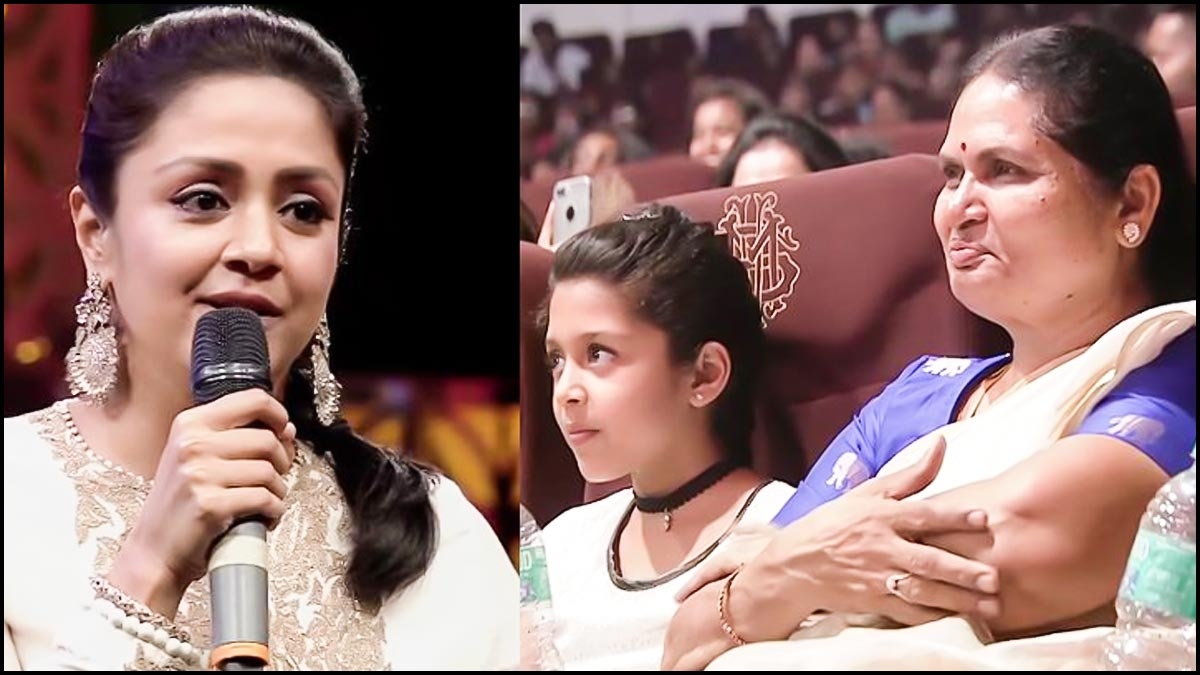 The ever-gorgeous Jyothika who is waiting for the release of her 50th film Udanpirappe portraying a village woman for the second time in her career after ‘Dum dum dum’ opened up on the inspiration she took from her extended family members who live in the village.

She said, “I did refer to a lot of characters in real life while preparing for it. My inspiration is my mother-in-law at home and a lot of other women, who I have known for 15 years since my marriage. My husband’s entire family belongs to little villages around Coimbatore. And I picked up a lot of things from my conversations with all the ladies in the family,” Jyotika told.

Speaking about the film she said, “I was attracted to this film because it offered me a character that I hadn’t done before. When you play characters from different age groups, it makes you feel complete and it is a fulfilling experience. I was able to perform the biggest strength of women in this film. That’s silence. Because about 90 per cent of women are living in silence, but they are strong. They are silent but strong. It is the most beautiful character I have played in my career,” she said.

Udanpirappe is the second movie of the four-film deal that Suriya’s 2D Entertainment has signed with Amazon Prime Video. Written and directed by Era Saravanan, Udanpirappe also stars Sasikumar, Samuthirakani, Kalaiyarasan and Soori in key roles. The movie will premiere on Amazon Prime Video on October 14.