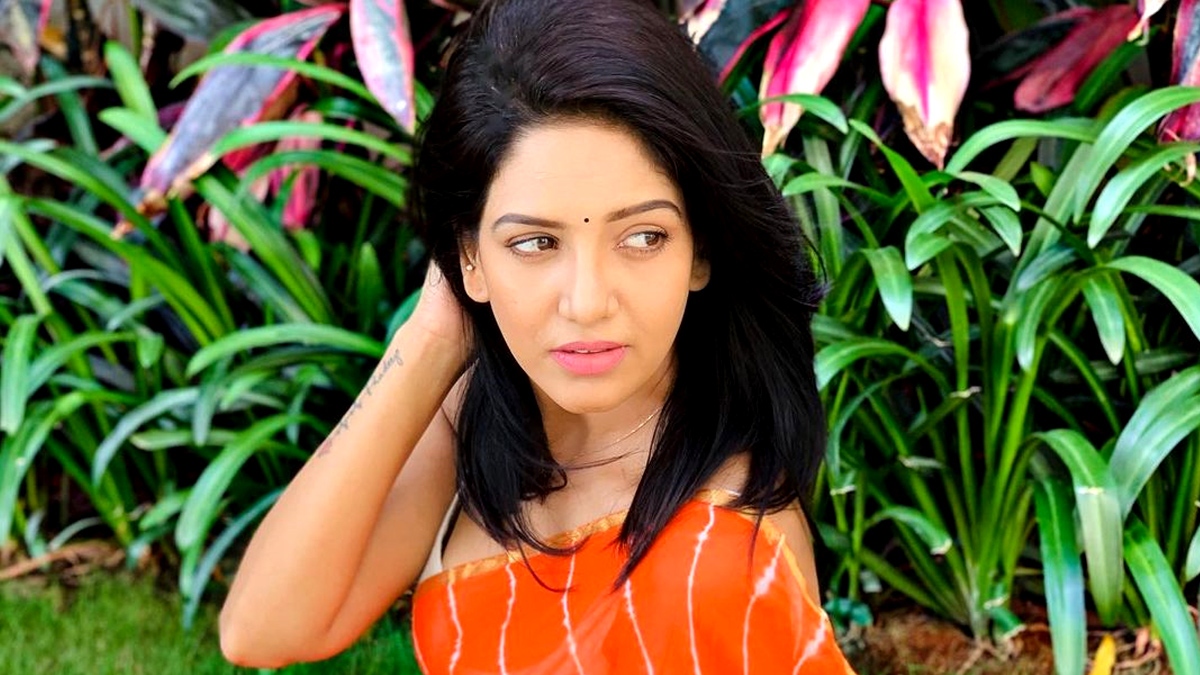 Bigg Boss season 5 is pacing at a high speed now and fans have already found their favourites to support. Pavni Reddy is one among the few who already has a fan base for her pretty acting in the serial ‘Chinna Thambi’. 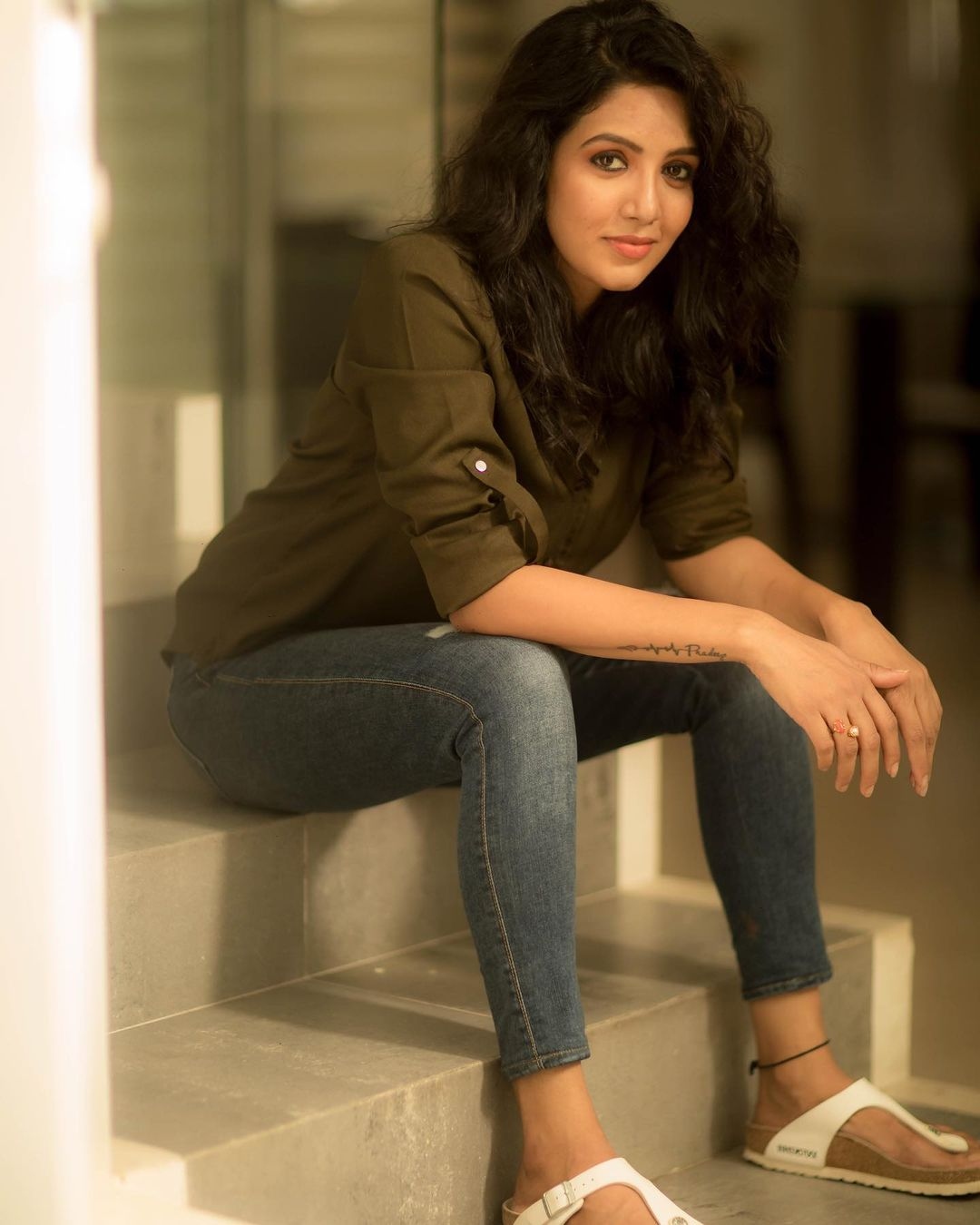 Recently Pavni opened up about the tragic incident of her husband’s death in the ‘Kadandhu Vandha Paadhai’ task and also mentioned that her family was arranging for a remarriage. Following which many rumours of her marriage and personal life started circulating on the internet. Her sister Sindhu took to Instagram to put a full stop to it. 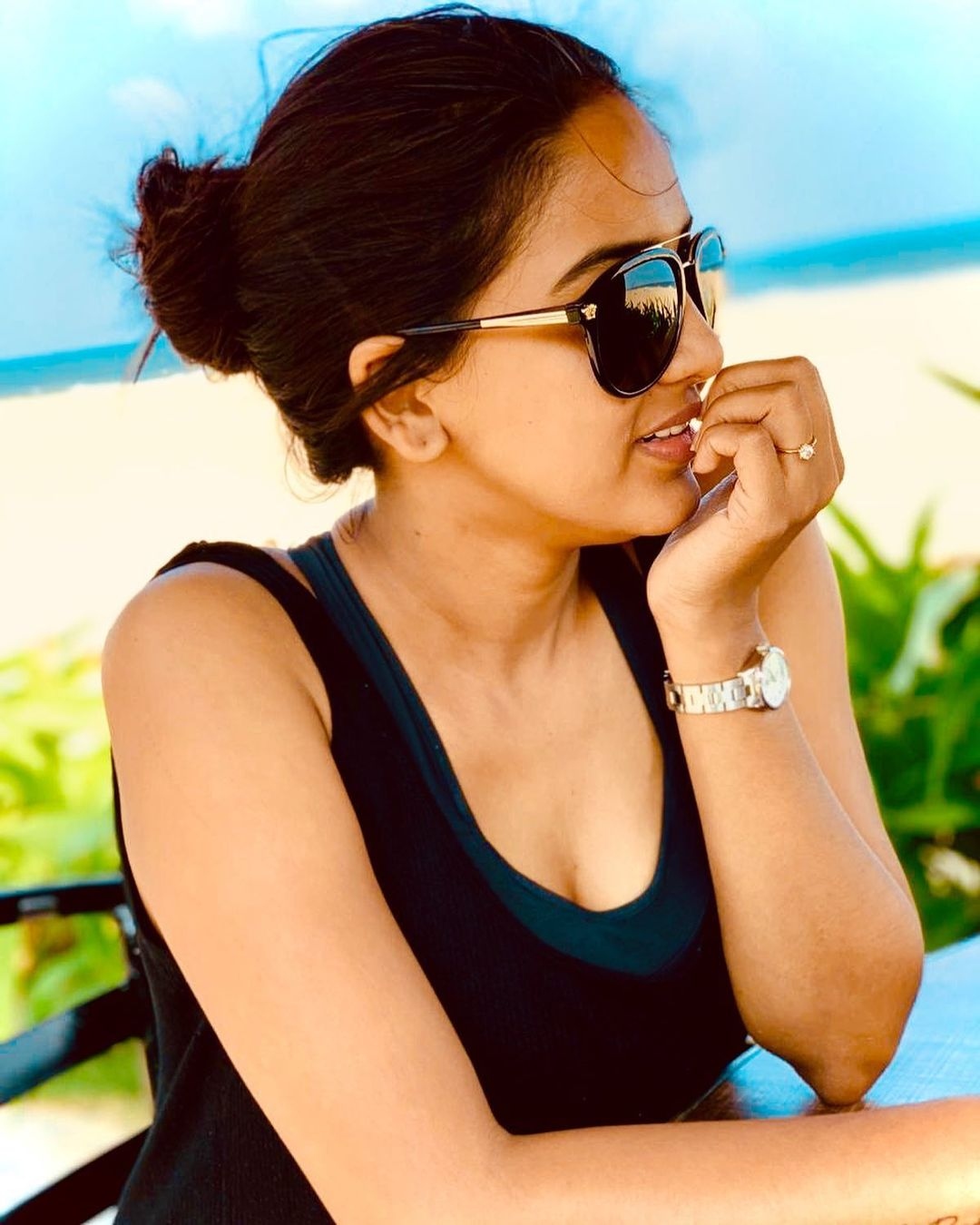 Using her sister Pavni’s account she posted a statement that reads “This is Sindhu #pavanireddy’s elder sister, I am here to clear some of the fake news and controversy still ongoing on social media about her relationship. Pavani never married after the untimely demise of her husband #pradeepkumar Whom she loved immensely and will never forget his presence in her life. The years spent with him will always be cherished by her.” 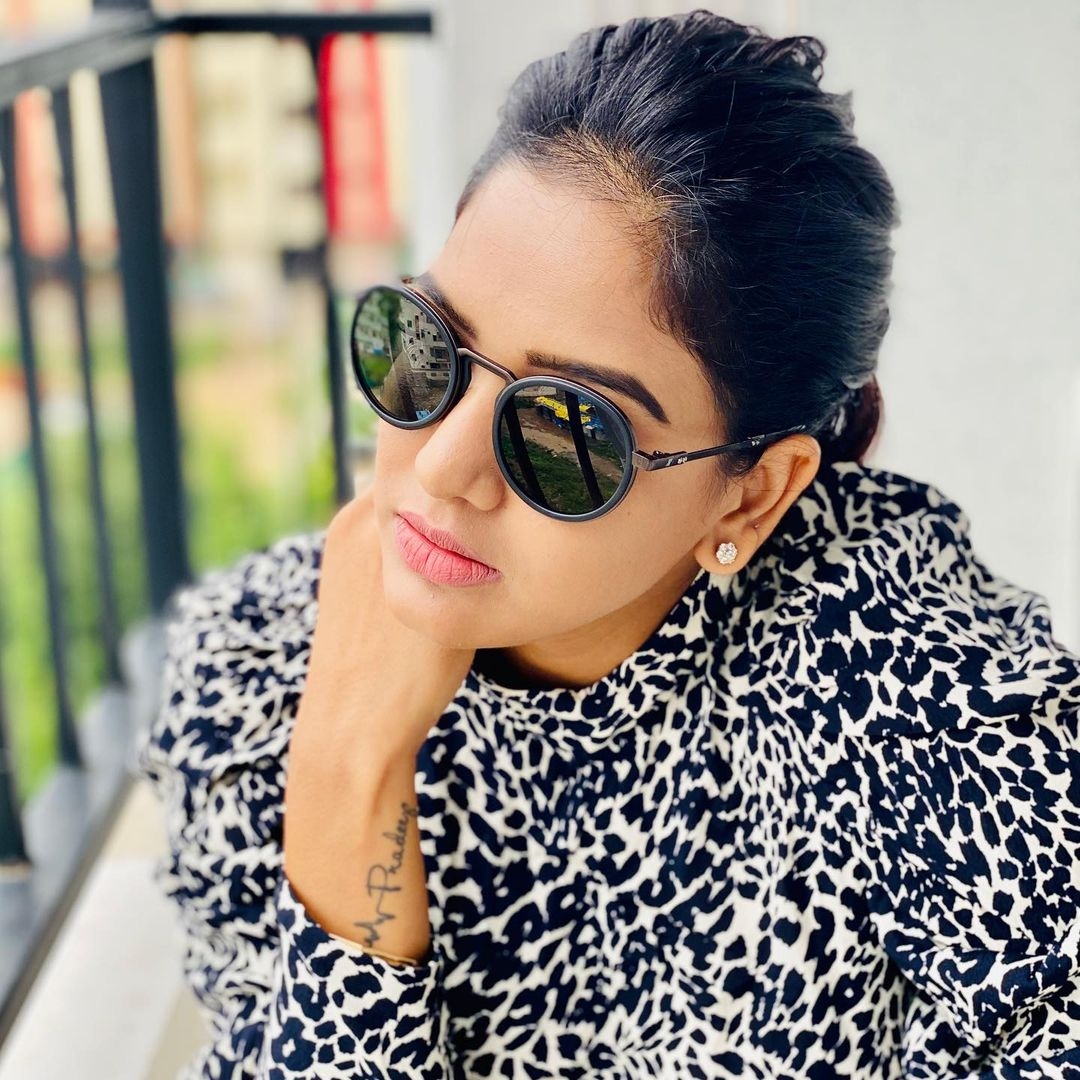 She further added, “She was in a relationship though after this incident. As a family, we had plans of getting her remarried but things didn’t work well between them and they parted ways amicably with mutual understanding. She has handled all the controversies surrounding her late husband’s death and her later relationship and break up with dignity for the past 4 years and came out stronger as a person. She has put all these behind her and is looking forward to building her career. We expect all media personnel, fans and well wisher’s to respect her privacy and continue to support her throughout her journey as you have been doing in the past. Thank you one and all.” 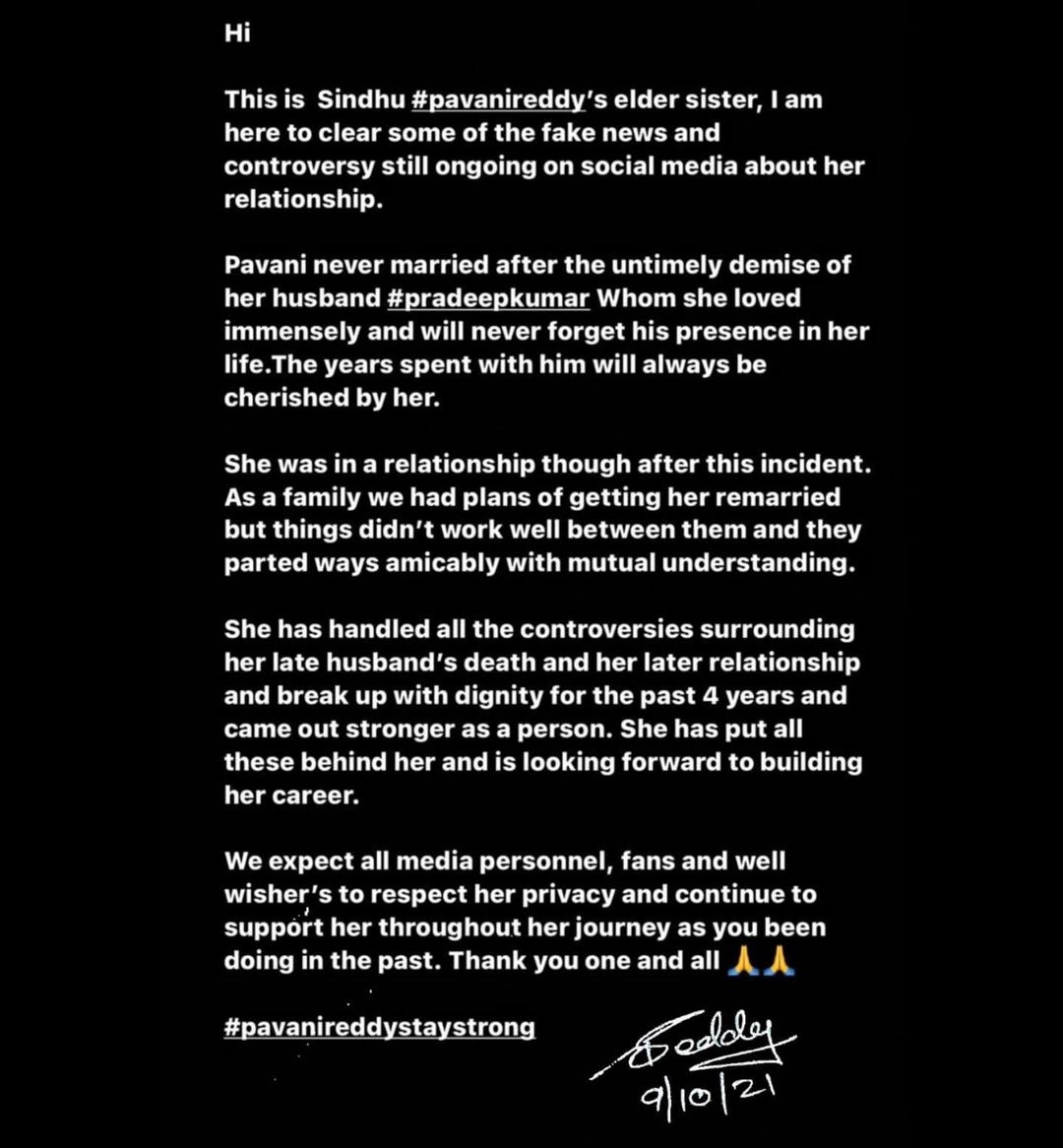 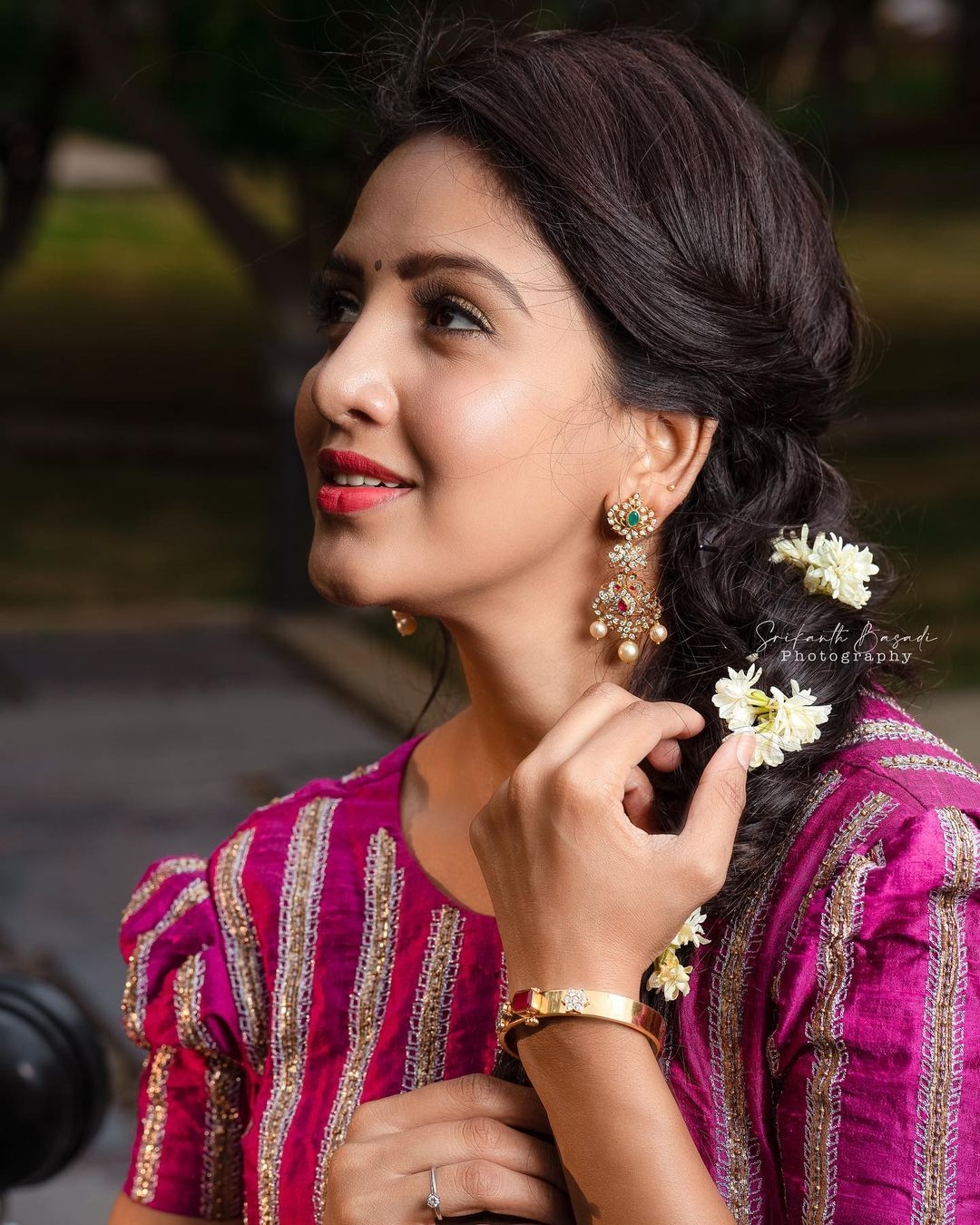