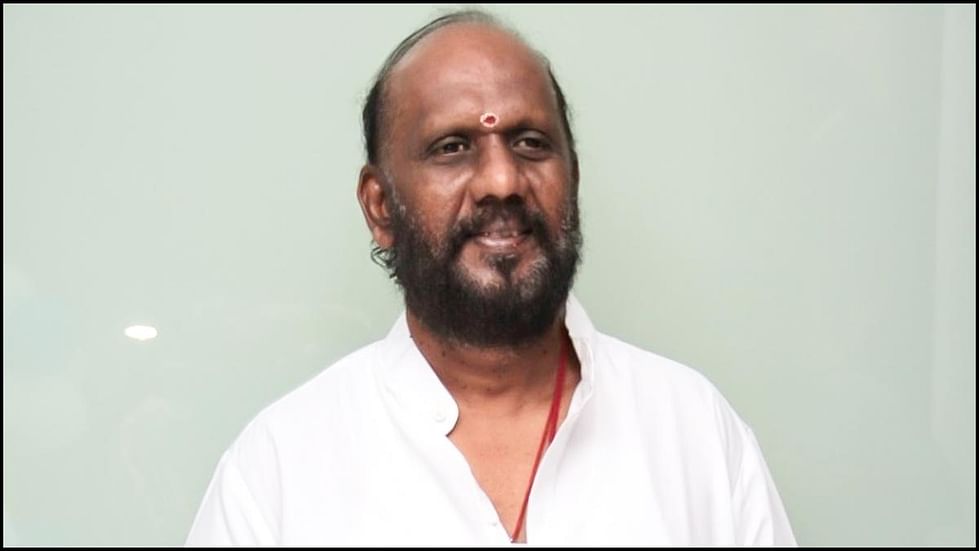 Popular film songwriter and poet Piraisoodan passed away in Chennai today at the age of 65. It is said that at around 4.15pm today (October 8th) he was speaking with his family when the end came suddenly.

Piraisoodan was born on February 5, 1956 in Nannilam, in Thiruvarur district. He started his career as a songwriter in the Tamil film industry by writing the song ‘Rasathi Rosappu’ composed by melody king MS Viswanathan in the film ‘Sirai’ directed by R.C. Shakthi and starring Lakshmi and Rajesh that released in 1985.

He then went on and wrote around 1,400 songs in over 400 films in Tamil so far. The song ‘Nooru Varusham Intha Mappilaiyum Ponnunthan’ he wrote in the Superstar Rajinikanth movie ‘Panakkaran’,’Idhayame Idhayame’ in Murali’s ‘Idhayam’ and ‘Nadanthaal Iranthadi’ in Prashanth’s ‘Sembaruthi’ all tuned by Isaigniani Ilayaraja are very popular to even this day. He has written not only film songs but also solo songs and poems and has continued his writing career till date.

Recently, it was reported that Piraisoodan was on the nomination panel for Indian films for the Oscars. He was conferred a Doctorate in literature by the University Of Jerusalem.

Pirasoodan is survived by his wife a son and a daughter. His son Dhayanand is an upcoming music composer in Tamil cinema as well. Kollywood celebrities are mourning the passing away of the much acclaimed lyrcist who has also written screenplays and acted in the movies ‘Sathuranga Vettai’ and ‘Pugazh’.