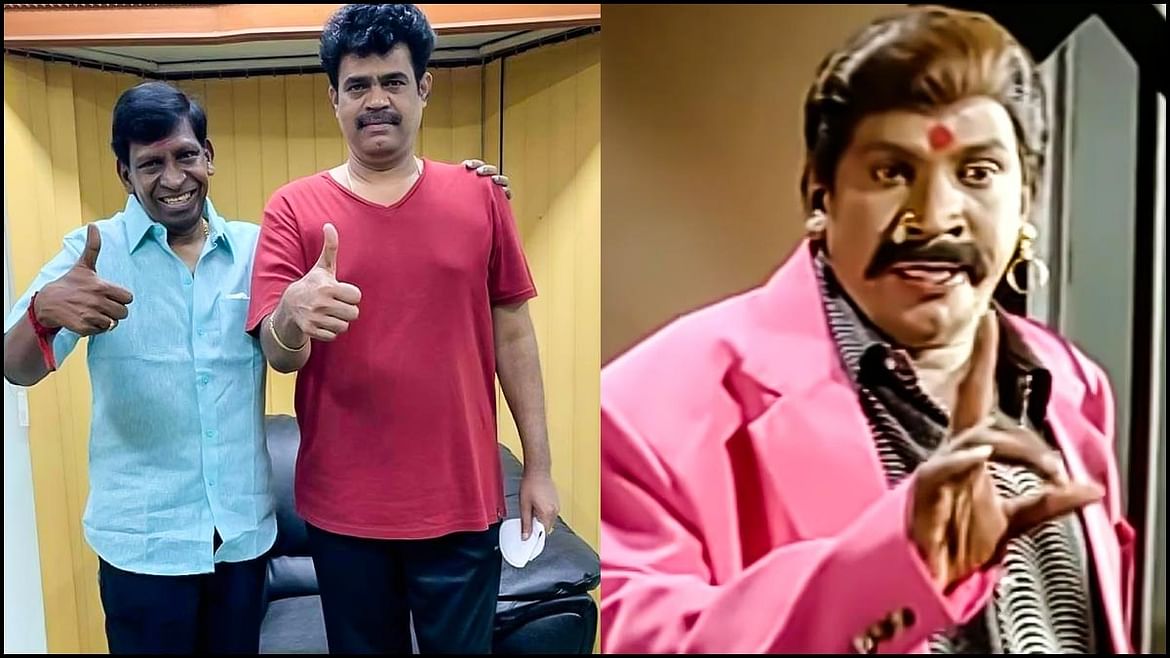 Vaigai Puyal Vadivelu who ruled the hearts of movie buffs for over two decades is making his reentry after a long gap through Lyca Productions. The first look poster of this new movie was dropped a few minutes ago on the official Twitter page of the production house.

The film which was previously titled Naai Sekhar is now renamed ‘Naai Sekhar returns’ after the failed negotiation with the makers of Sathish’s upcoming film ‘Naai Sekhar’. Reportedly the team refused to give up on the title as it holds a connection to the storyline. 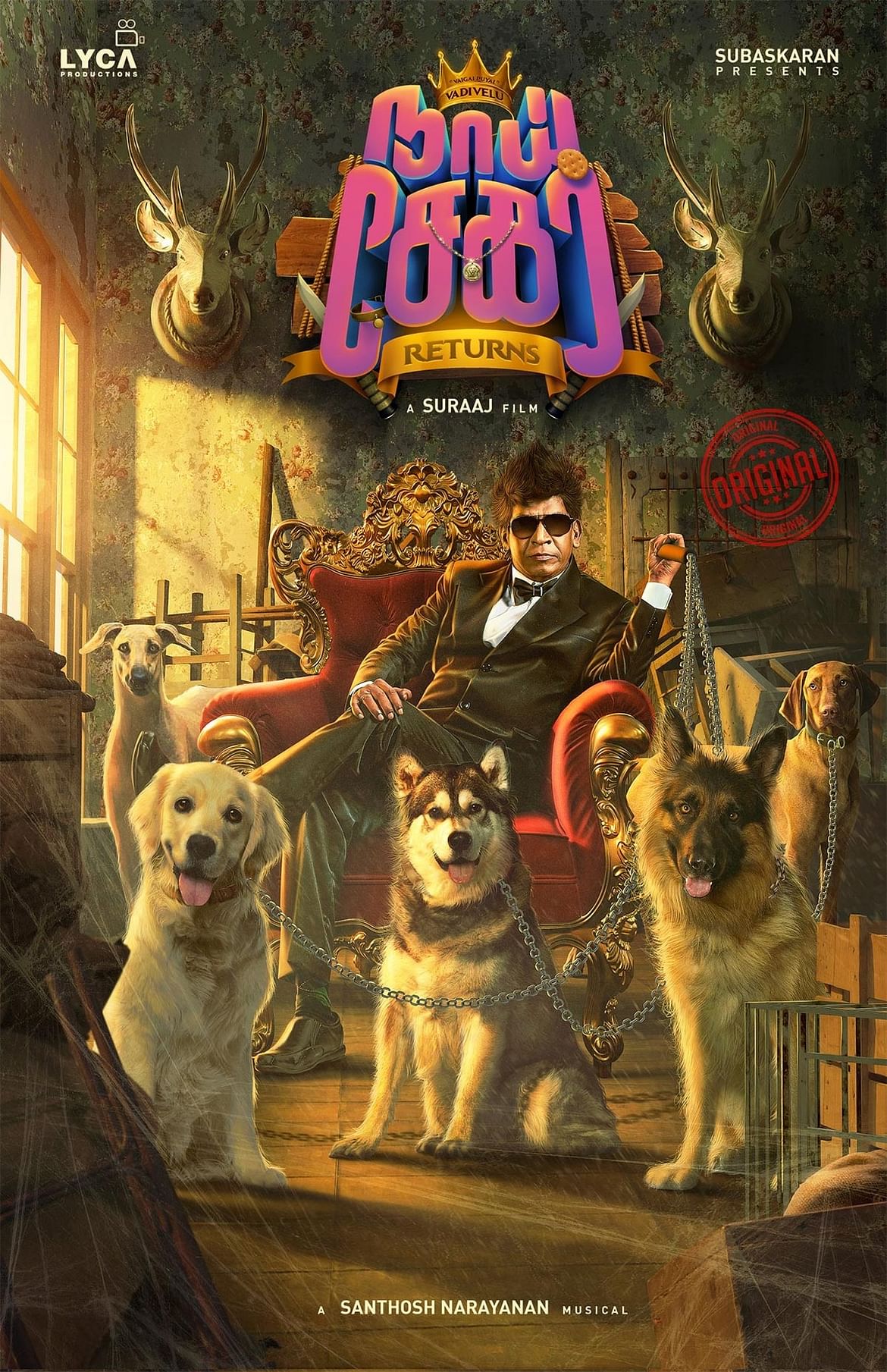 The first look poster of ‘Naai Sekhar Returns’ had Vadivelu in a young avatar with spikes, shades and his trademark look. But the most important thing is, to justify the title Vadivelu also had several dogs beside him. The poster looked rustic and raw.

The film is directed by Suraaj with Santhosh Narayanan scoring the music. The film is produced by Subashkaran (who also helped him out of the Red card) under the banner Lyca Productions. The film shooting is expected to go on the floor soon.