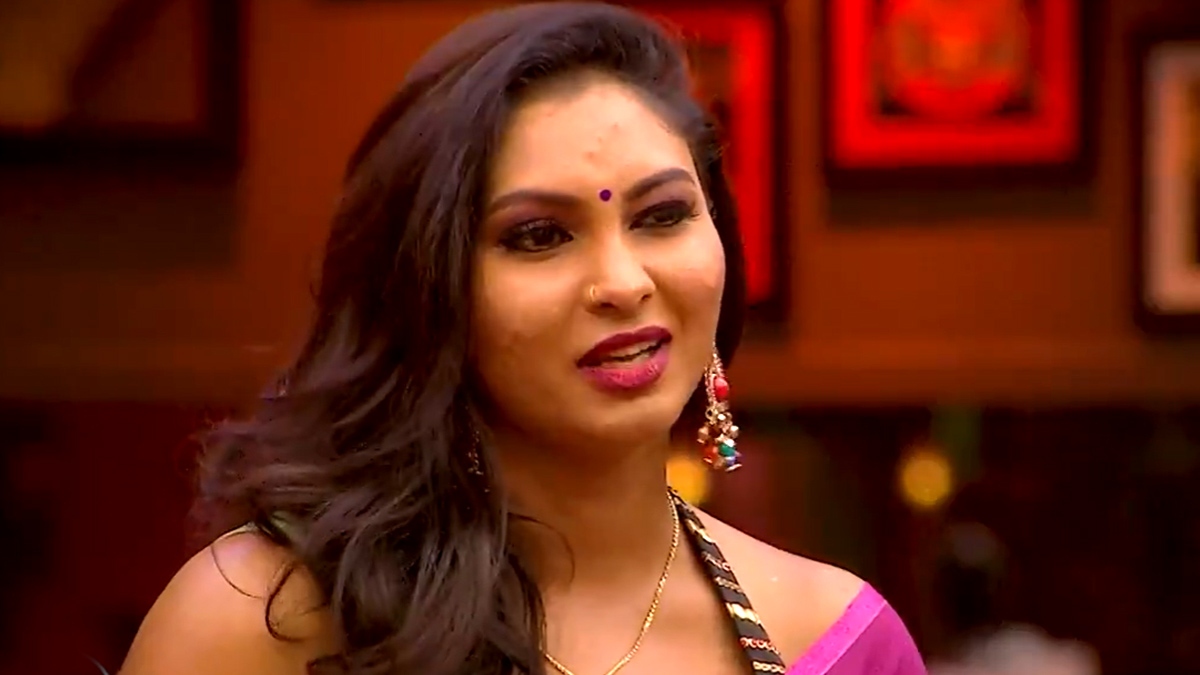 It’s elimination time on ‘Bigg Boss 5’ hosted by Kamal Haasan and already the news has leaked that Nadia Chang the celebrity from Malaysia is the first to exit though we will know it for sure only late tonight. For the past two weeks the contestants have been sharing their own personal and tragic stories from their lives.

Nadia had related about her past life that she was born and raised in a very economically backward family and had only one room in their house and that she never slept on a mattress until she was 15. She told on camera that her father was an alcoholic and her mother was very strict and used to beat and torture her and her sisters and that she they repeatedly ran away from home to escape. 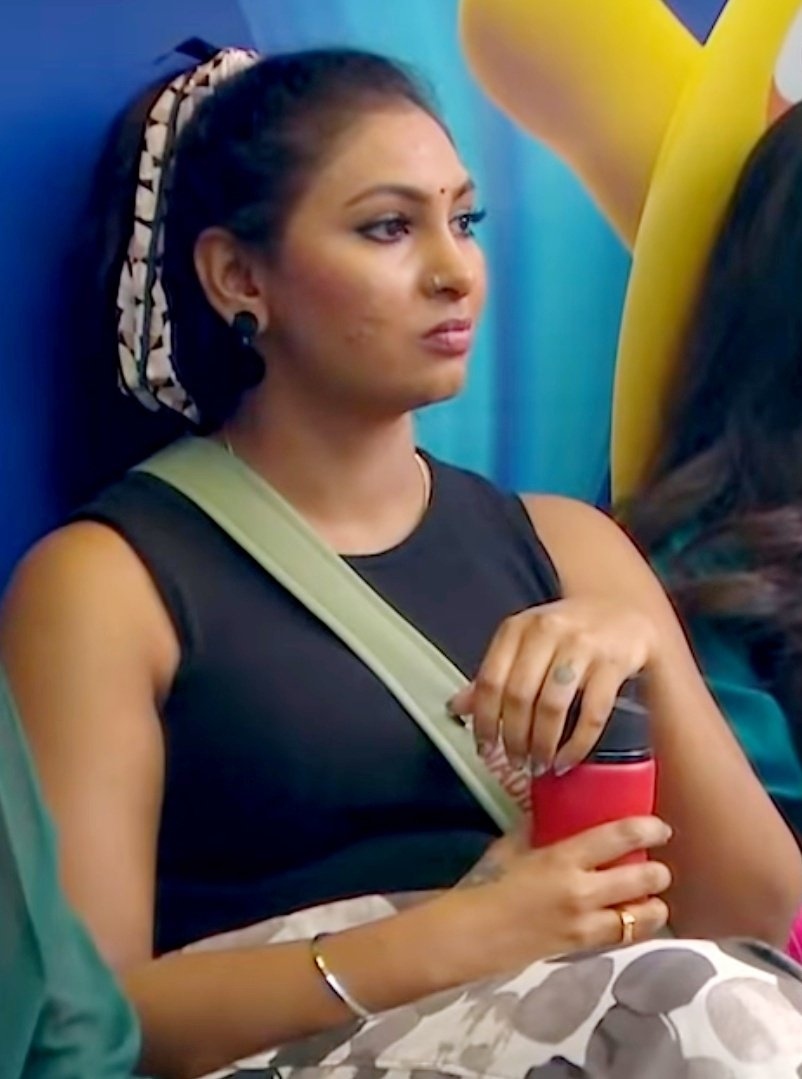 Nadia added that her mother even got police to beat her up and that at the age of 15 she joined a hotel as a housekeeper. She said she met her husband, a Chinese man there, who fell in love and after convincing her mother they got married. She proudly stated that only after husband came into her life it changed for the better and now the happy couple have three daughters. 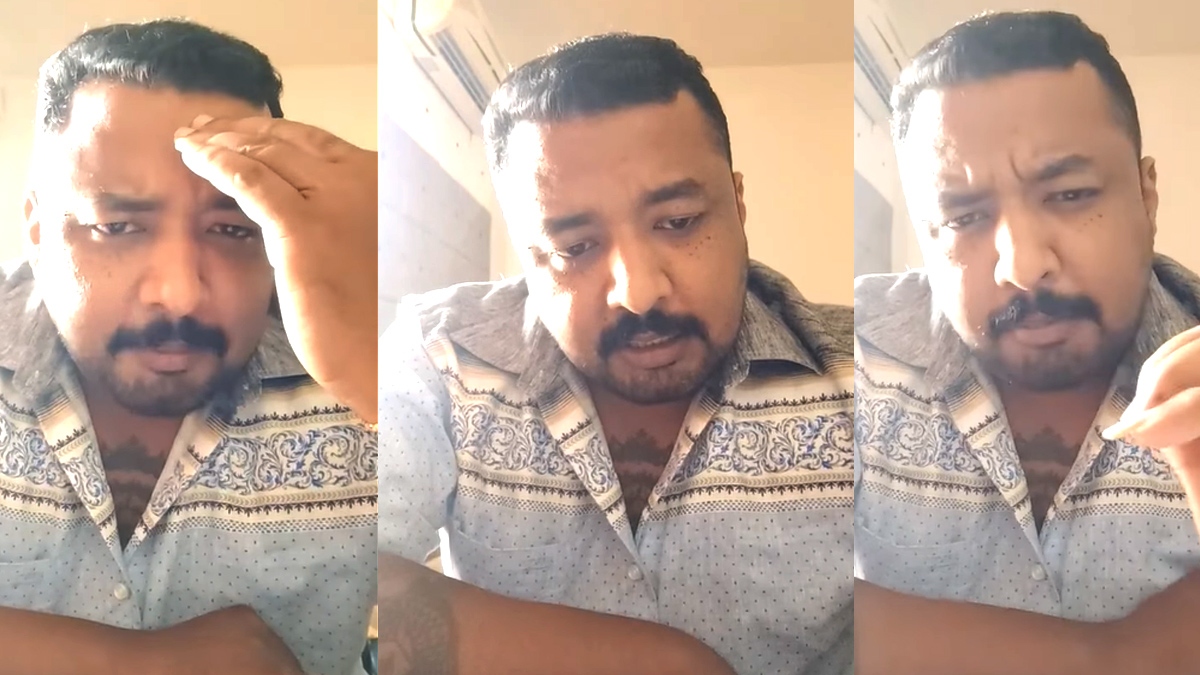 A Malaysian man who is a friend of Nadia has posted a video on facebook claiming that Nadia has lied about everything in her past life and her parents. He says that he and the rest of the Malaysian Tamils supported her since she has participated in the ‘Bigg Boss 5’ but questioned her if they all look like insane persons to her. He claimed that Nadia has degraded the entire Malaysian Tamil community by lying about her past.

The facebook user further claims that no company in Malaysia will employ anyone under the age of 18 and the police will not beat up a minor. He also praised the Malaysian police as very humanitarian people and said that Nadia’s husband is not Chinese as she let be known on the show. According to him Mr. Chang is Chindian born to Tamil and Malaysian Chinese parents and speaks Tamil very fluently. 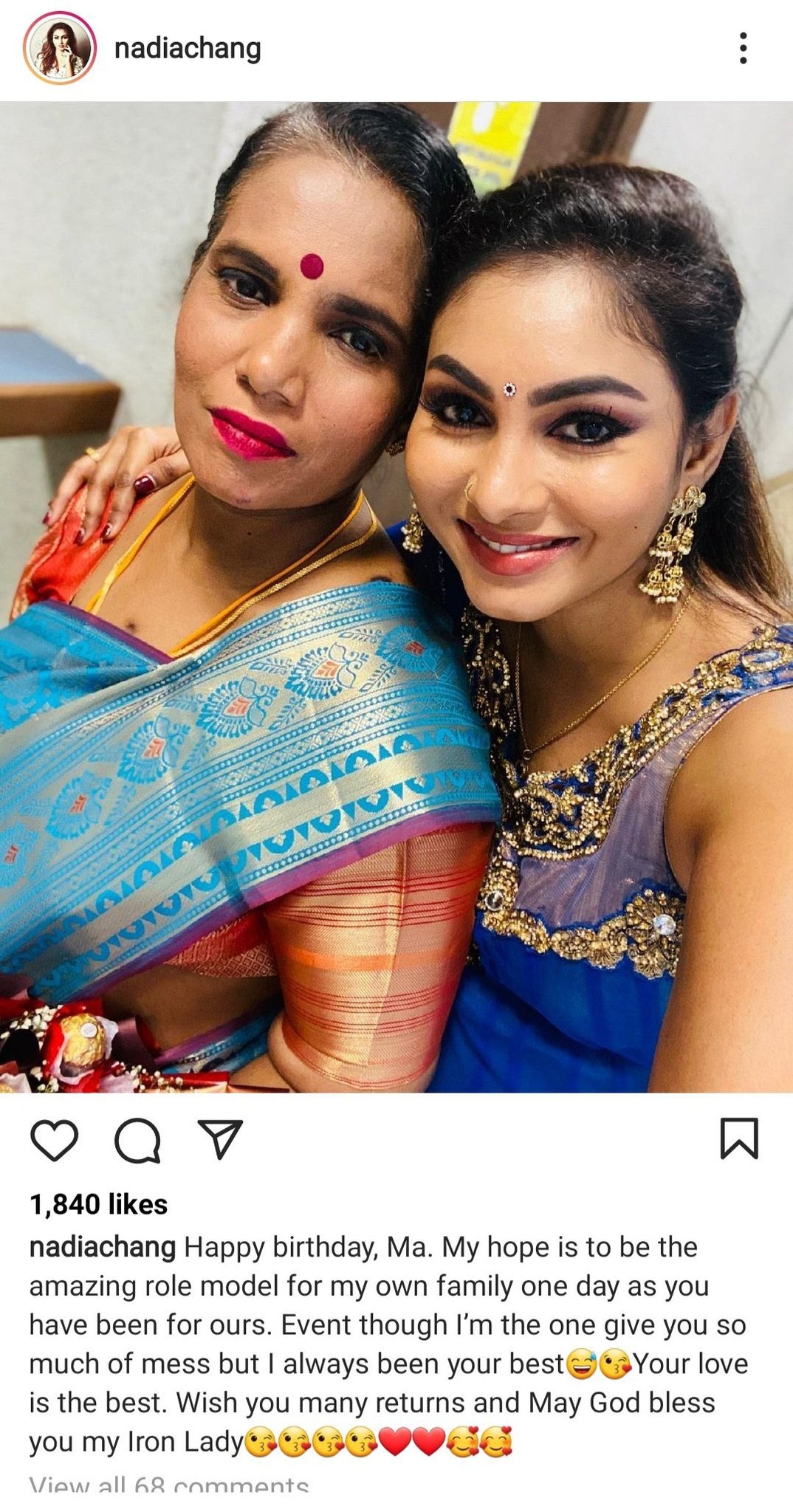 The said person gives a clean chit to Nadia’s parents saying that they are golden hearted people and have never behaved in the manner that she portrayed them on television. He is of the opinion that she brought ill repute to her parents and country to gain sympathy and stay on in the show till the end. Other social media users have also shared a recent post of Nadia in which she herself has praised her mother and said that she would want to follow her example in life. The video has gone viral and fans are shocked by the allegations on Nadia.