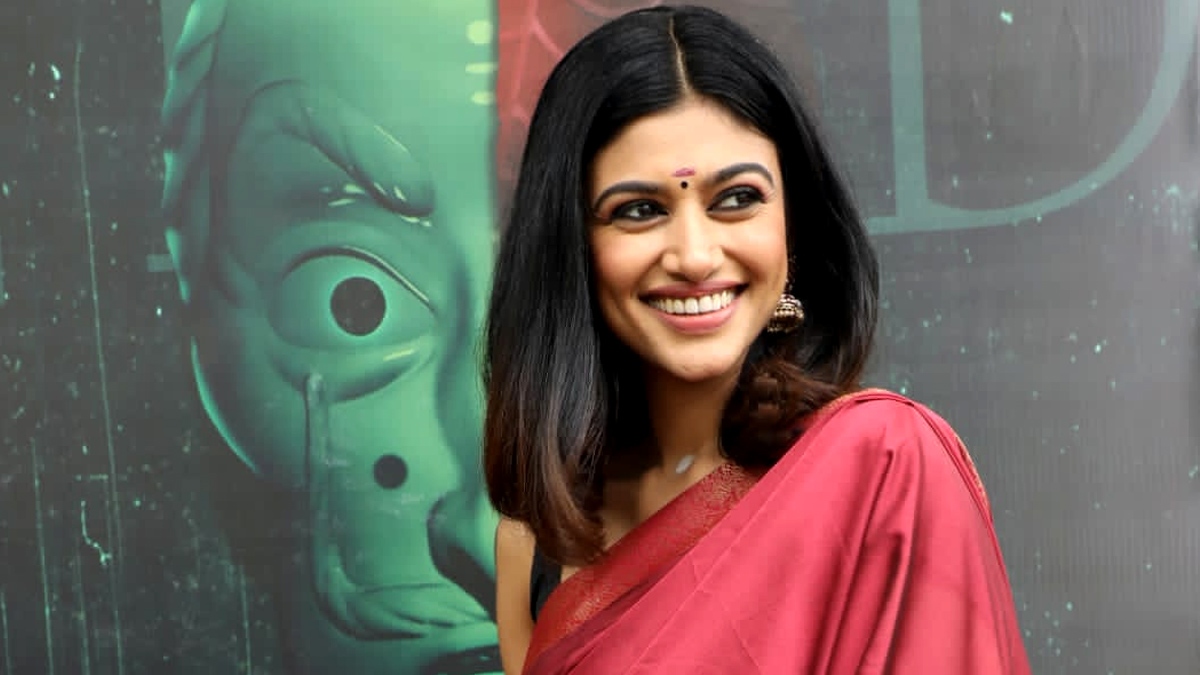 Actress Oviya has carved her own niche in the minds of Tamil audiences after her enjoyable performances in the films “Kalavani”, “Kalakalappu”, “Marina”, “Moodarkoodam”, “Mada Yanaikkuttam” and “Yamirukka Bayamey”. More than her fame through movies Oviya gained much more limelight after her participation in the inaugural edition of the ‘Bigg Boss’ show hosted by Kamal Haasan. Even though its close to five years since her ‘Bigg Boss’ days, the Oviya army is still intact and they never fail to cheer her every move and wait to make her social media posts trending. The army has been kept busy these past few weeks as Oviya after a long gap has started to post more frequently. Oviya’s latest post is from her recent photoshoot in which she is seen in a sober look wearing a stunning black transparent saree. Noticeable is the fact that she has slimmed down considerably but her smile is as bright as ever. On the work front Oviya has started shooting for her next Tamil movie ‘Contractor Nesamani’ a sci fi comedy that has her co starring with Yogi Babu.