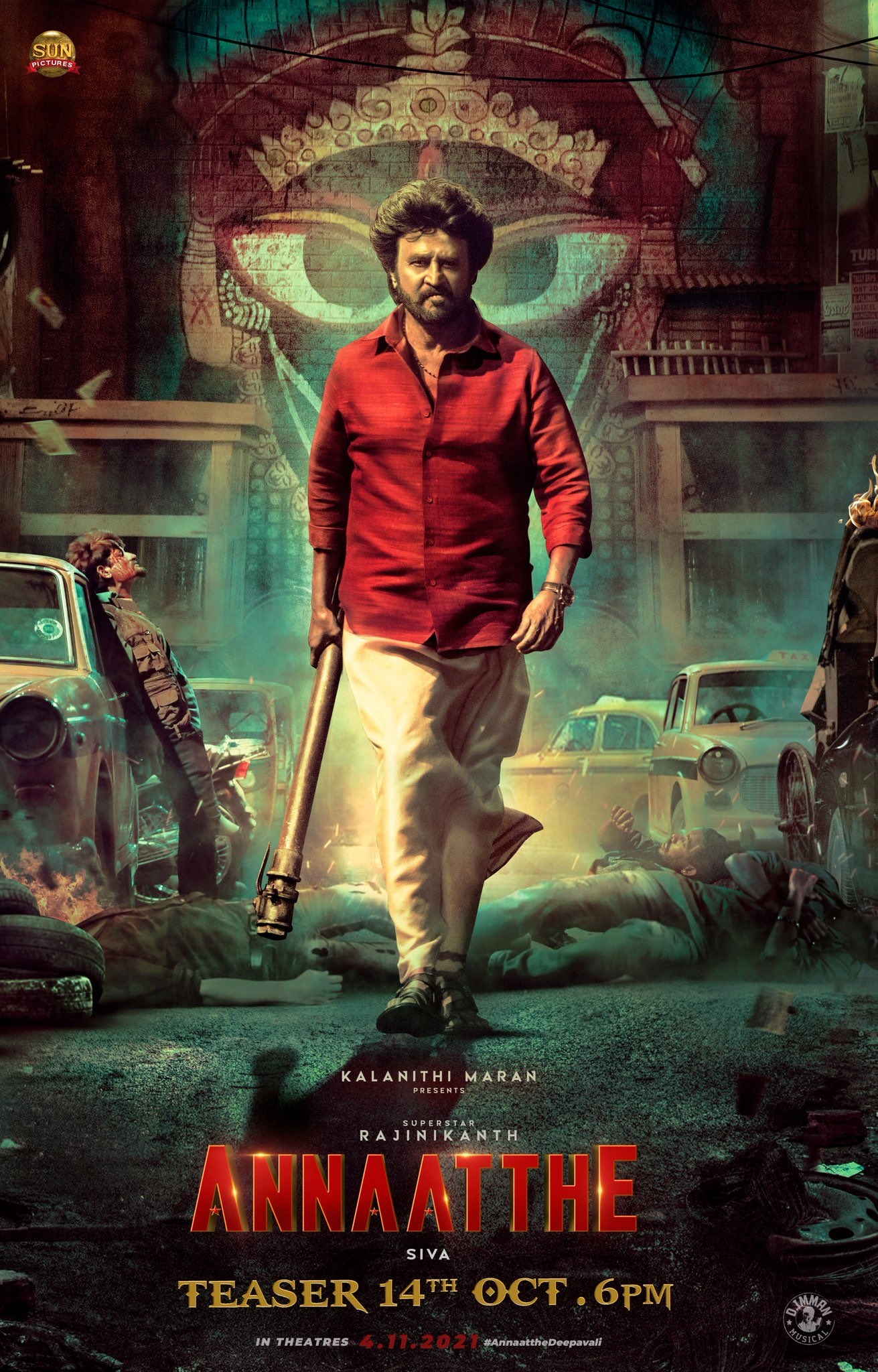 Superstar Rajinikanth’s ‘Annaathe’ is one of the most anticipated films by fans and the movie industry as a whole. Sun Pictures the producer of the film has been raining updates for the past few, recently unveiling two songs from the film that have gone instantly viral.

Just now it has been officially annouced that the trailer of ‘Annaathe’ will be out on October 14th at 6pm. A stunning new poster of Rajini in full swag has also come with the announcement. The trailer is going to make the Ayudha Pooja holidays doubly celebratory as Thalaivar fans gear up to trend it on all social media platforms.

‘Annaathe’ directed by Siruthai Siva has music by D.Imman with the late SPB singing the opening song one last time for Rajini. The ensemble starcast comprises of Rajini, Meena, Khushbu, Nayanthara, Keerthy Suresh, Soori and Jagapathy Babu. The film hits the screens worldwide on November 4th as a grand Diwali treat.