South Africa and Mumbai Indians wicketkeeper-batsman Quinton de Kock’s refusal to take the knee ahead of his team’s T20 World Cup match against West Indies has apparently not gone down well with the IPL franchise even as reports suggest that Mumbai Indians might release him ahead of the mega auction.

“The emergence of Australian cricket as a lifeline for the 28-year-old has become even more significant as sources at the IPL revealed de Kock’s Mumbai Indians franchise had taken a dim view of him turning his back on the Black Lives Matter protest and were highly unlikely to retain him on his lucrative contract worth in excess of $500,000,” a report by The Daily Telegraph stated. Meanwhile, Cricket Victoria CEO Nick Cummins has said that if the South African cricketer were to be left without an IPL contract, BBL would be interested in roping him in. 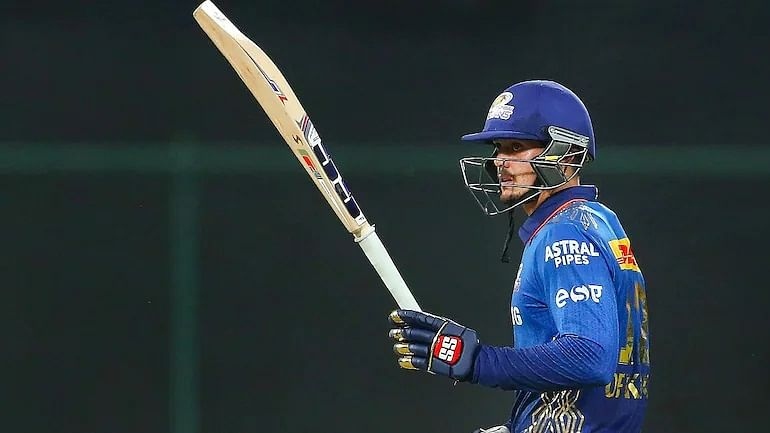 “We encourage our players to think about the issues and express their views as they see appropriate. We would certainly be interested in a player of his caliber to come to the BBL. It would be great for the competition,” Nick Cummins was quoted as saying. Quinton de Kock, however, had later apologized for his actions and stated that he did not intend to hurt anybody by not taking a knee.