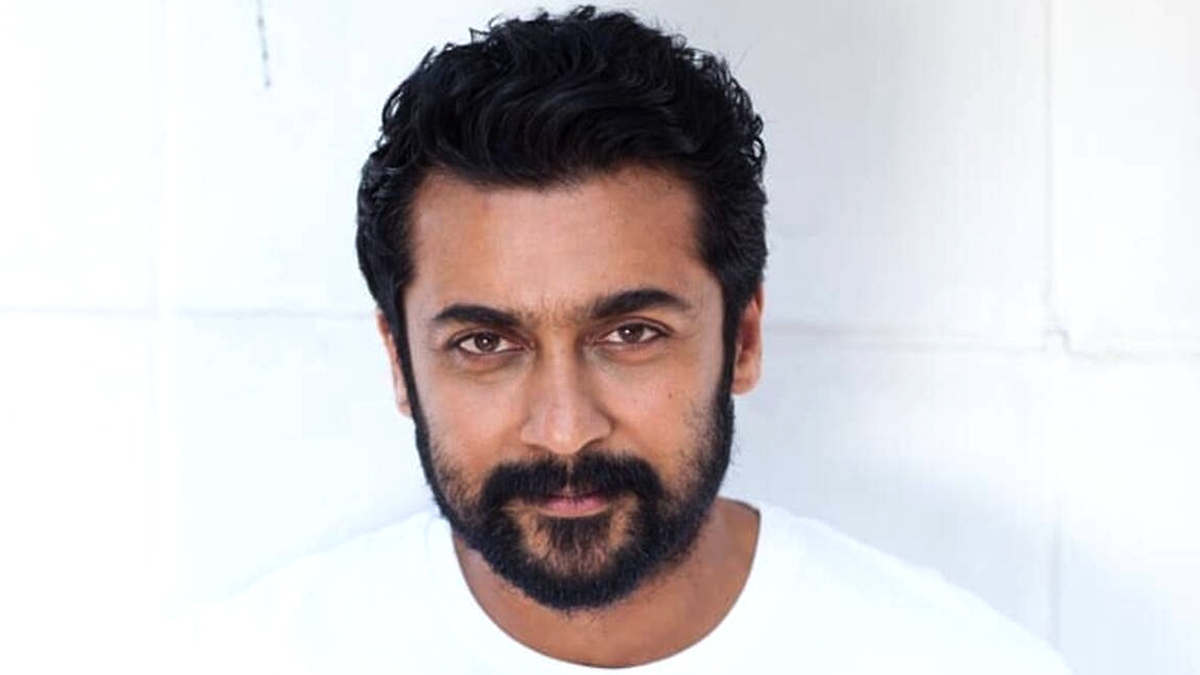 Suriya’s critically acclaimed movie ‘Jai Bhim’ directed by T.G. Gnanavel is streaming on Amazon Prime Video with record viewership.  Amongst innumerable accolades is the fact that it has toppled the cult classic Hollywood epic ‘The Shawshank Redemption’ and has gained the number one position on IMDB rankings.

Meanwhile Parvathy Ammal the real life wife of Rajakannu on whom ‘Jai Bhim’ is based on has been located in Chennai and we were the one of the first to interview her.  She has bee suffering poverty and has shared her plight. 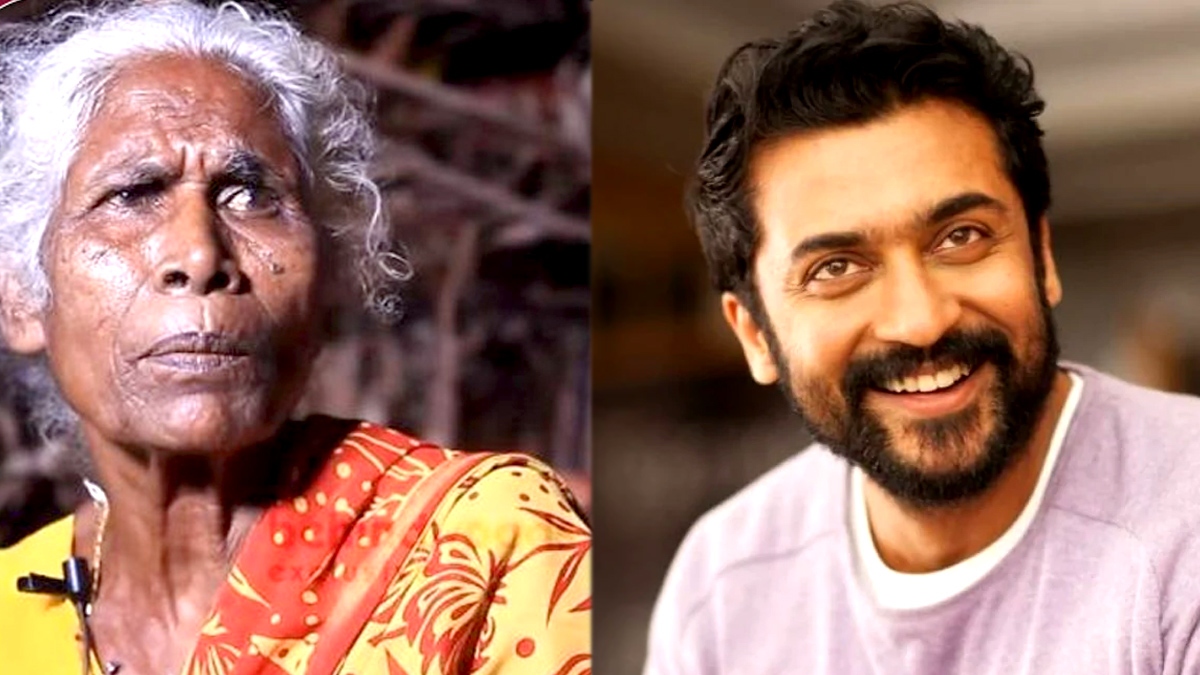 Today it has been revealed that Suriya has donated rupees ten lakhs to Parvathy Ammal who belongs to the Irular tribe and whose husband was killed in police custody accused of a false crime in 1992.   The top hero has divulged the information in his thank you message to CPM leader K. Balakrishnan who had appealed to him to help her. 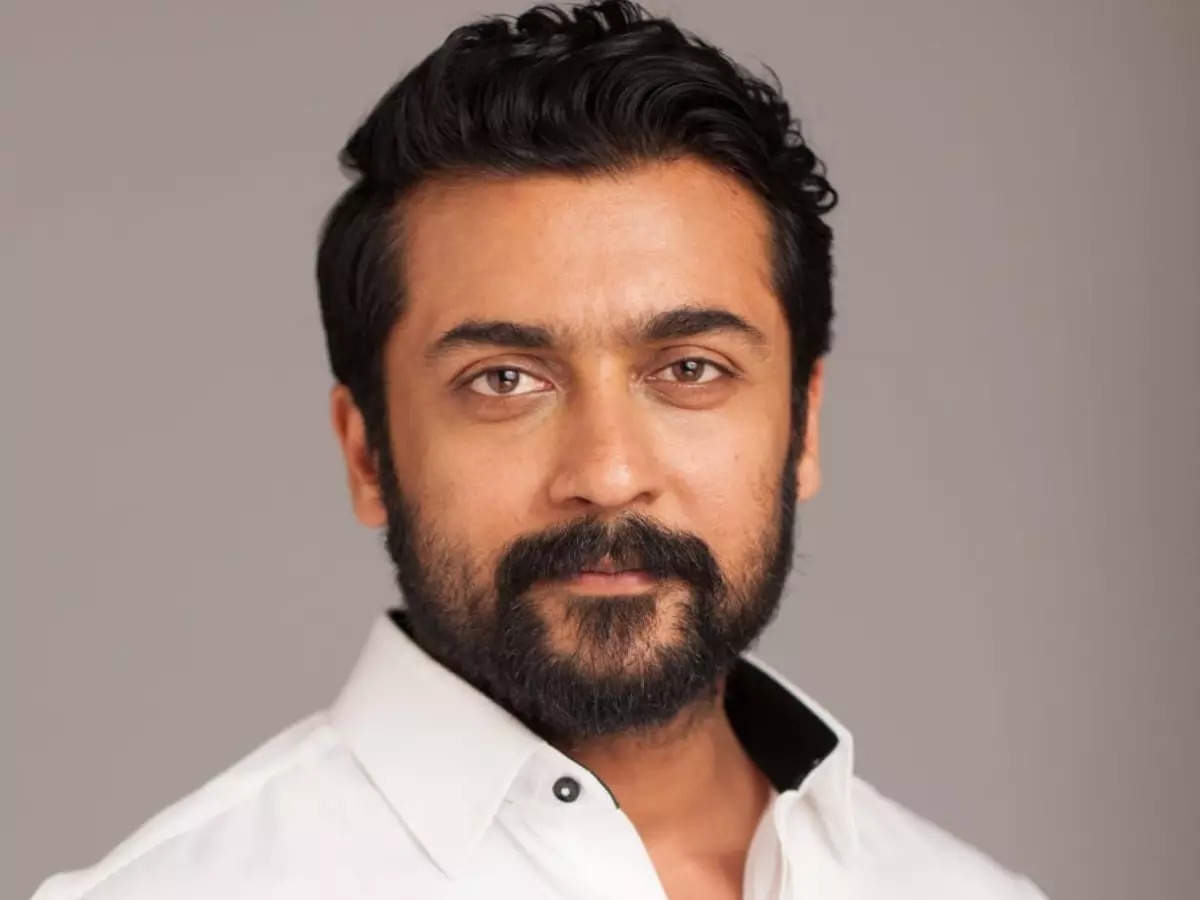 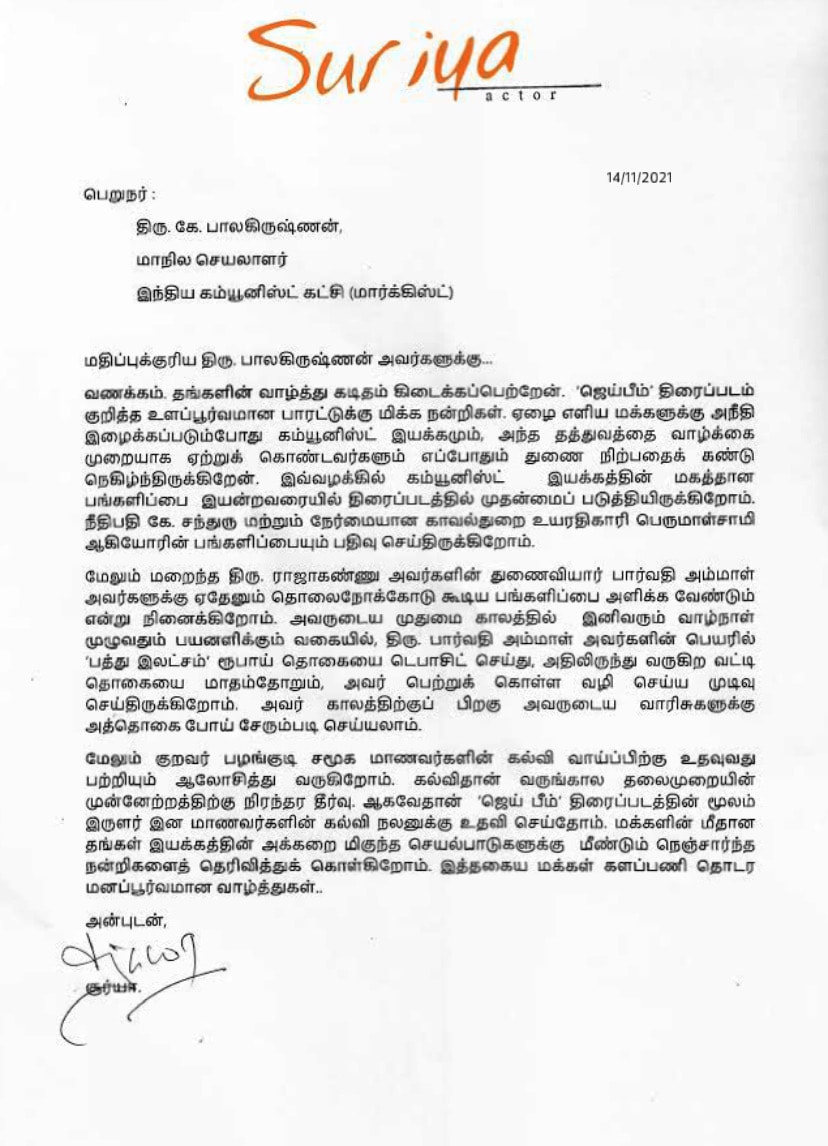