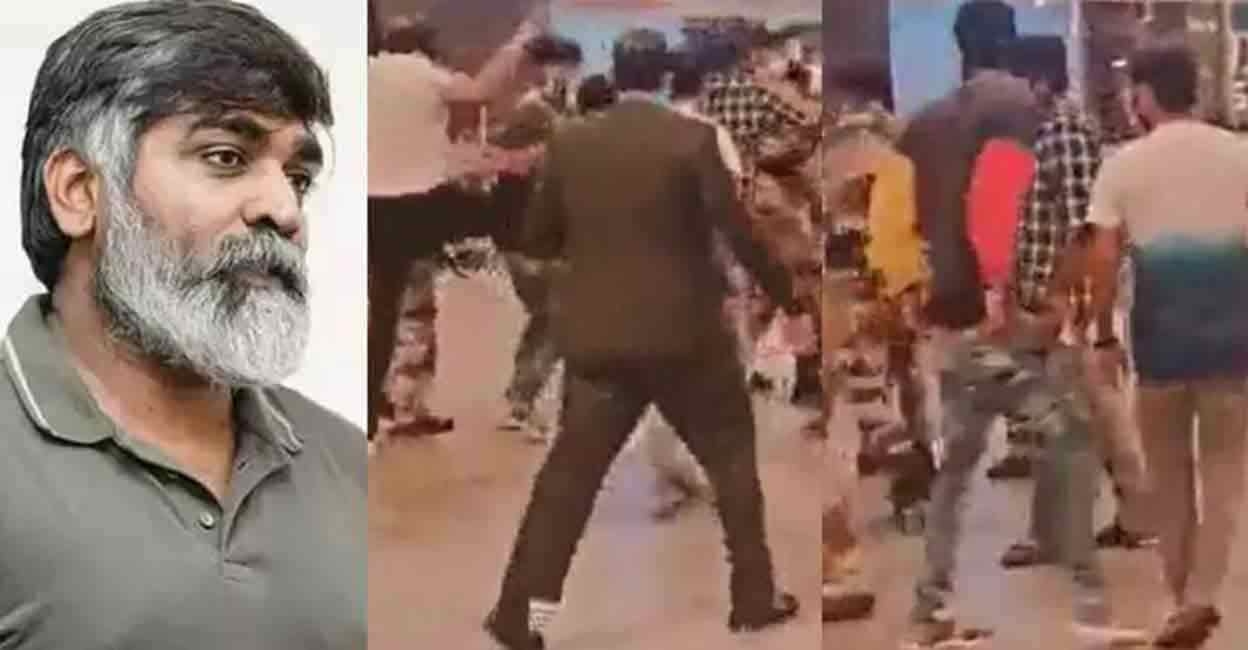 On November 3rd Tamil cinema fans got a massive shock as a video of a bulky man attacking top hero Vijay Sethupathi in an airport went viral. The clip showed the man charging from behind and jumping on to Vijay Sethupathi in spite of airport security officials escorting him.

The incident occurred in Bengaluru when VJS flew from Chennai to take part in the shooting of ‘Master Chef Tamil’. Police sources there said that the two parties amicably settled the issue.

The attacker who was identified as Maha Gandhi has circulated a video in which he has stated that he too is an actor for around ten years and he travelled in the same flight. He claimed that he wished Vijay Sethupathi for winning the National Award and then asked him why he did not pariticipate in the “Guru Poojai”.

Maha Gandhi further claimed that Vijay Sethupathi shot back to him asking who “Guru” is and then two of his aides attacked him and only then he retaliated. He stated that he is awaiting the CCTV footage from the airport to prove that he was the victim in the issue.

Vijay Sethupathi has strongly replied that the man was in an inebriated condition and wanted to speak to him and sensing his state he had politely told him later. The man had then insisted that the actor speak to him since they belonged to the same caste and that he was also an actor. Gandhi, according to the busy star raised his voice hysterically and then attacked.

Vijay Sethupathi has made it clear that contrary to the videos circulating he did not abuse Pasumpon Muthuramalingam Aiyya who loved Tamil, the nation and spirituality and lived like a saint. He also warned that if these kinds of false allegations continue he will take strict legal action.