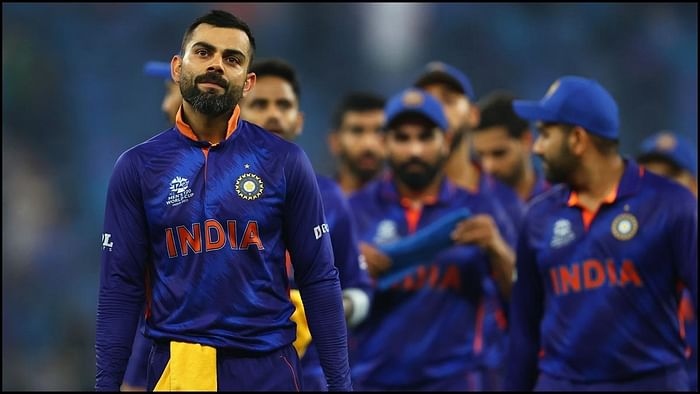 ICC T20 World Cup hosted by India was supposed to happen in our country in 2020. But the tournament was postponed to 2021 and BCCI decided to host it in the United Arab Emirates due to the COVID pandemic. Following IPL, the T20 WC kickstarted in UAE last month.

Indian Cricket Team (ICT) was in very bad shape in the first two matches against Pakistan and New Zealand. Team India was not just losing but also they were not able to put up a fight against the teams. There was no intent from the players to give a competition to the other sides. After the forgettable matches, ICT bounced back stronger in their third match. 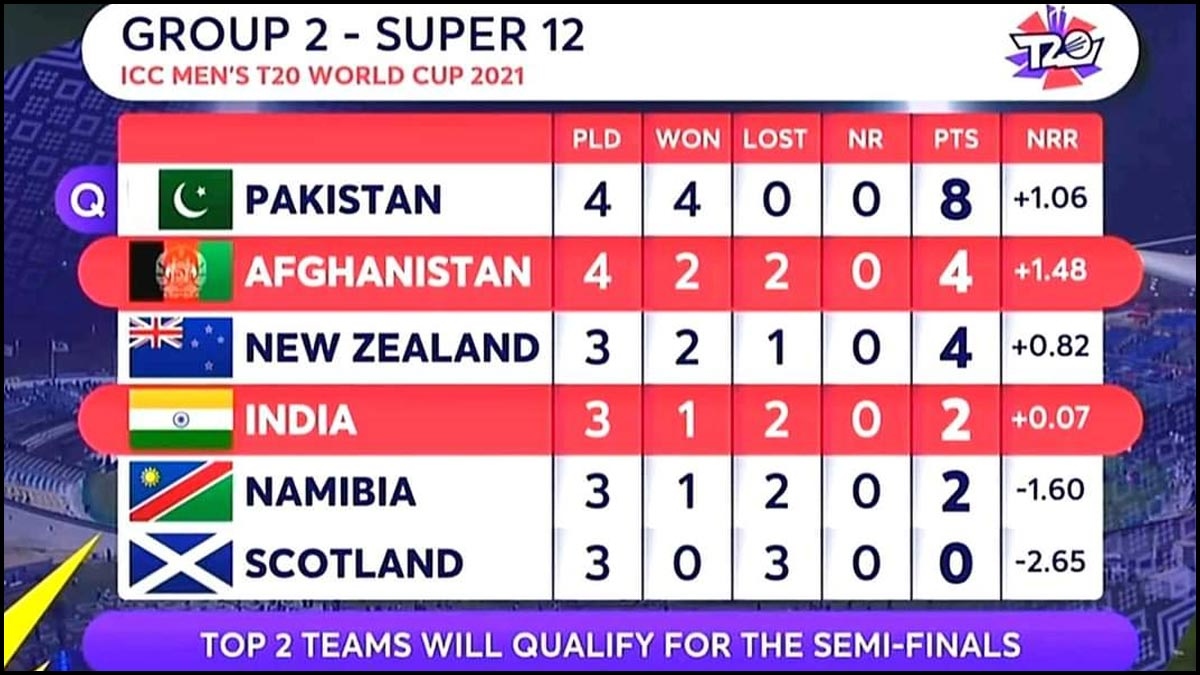 Team India won their third match against Afghanistan by 66 runs. Our openers Rohit and KL Rahul, after failing miserably in the initial matches, put up a partnership of 140 in 14 overs. Then, Rishab Pant and Hardik Pandya led the side to a whopping total of 210. Our bowling side brilliantly restricted Afghanistan at 144-7. The 66 runs win brought the semi-finals chance back alive. Now, India has the least probability of getting to the knockouts.

For a team to qualify, the teams have to finish in the top 2 spots in their respective groups in the Super 12 stage. Now, India has 2 points and a positive net run rate while New Zealand has 4 points and a higher NRR. Pakistan has already qualified and Afghanistan has 4 points with NRR higher than New Zealand. Namibia and Scotland are unlikely to qualify. 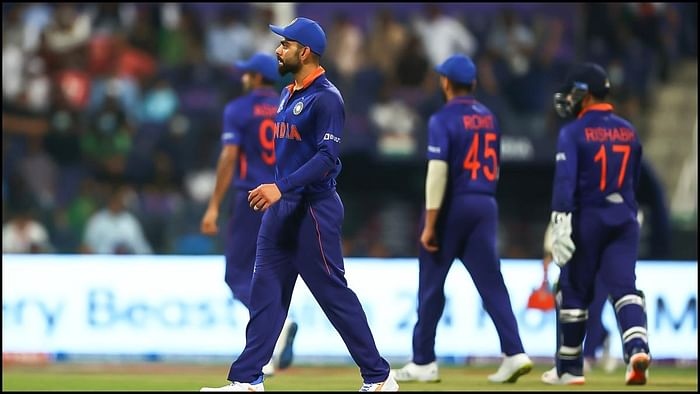