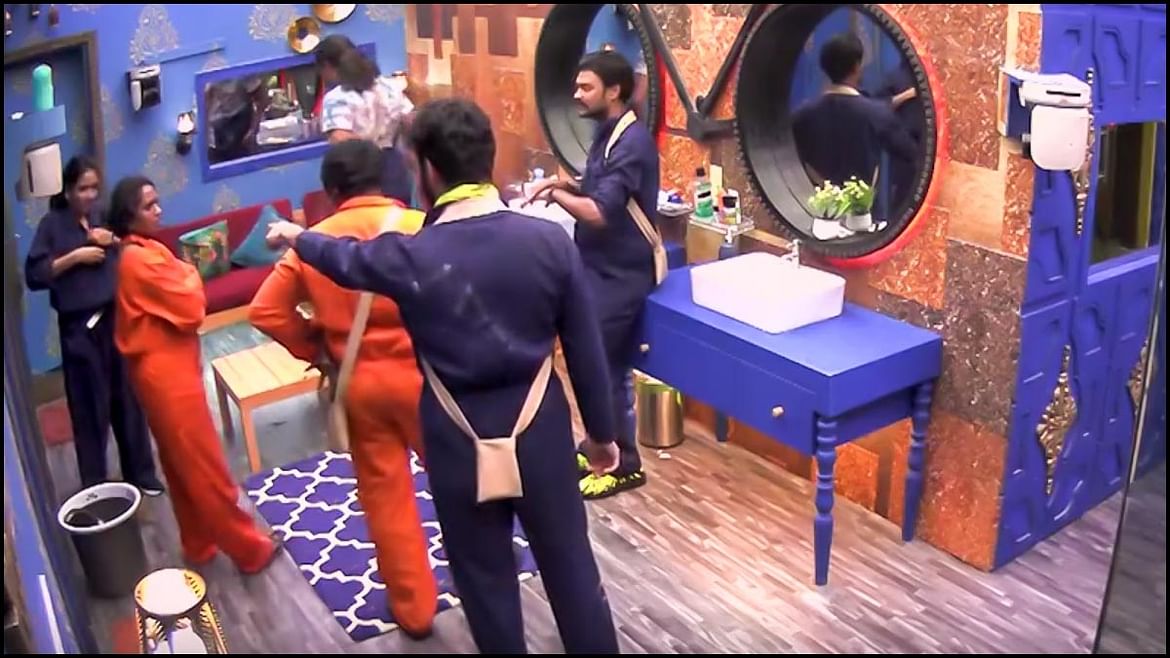 The sole content provider of Bigg Boss Tamil Season 5 was Abishek who was evicted two weeks ago. The fans thought that the show would lack entertainment as they found the remaining housemates boring. But surprisingly, Thamarai became the new star in the show and gives content daily. 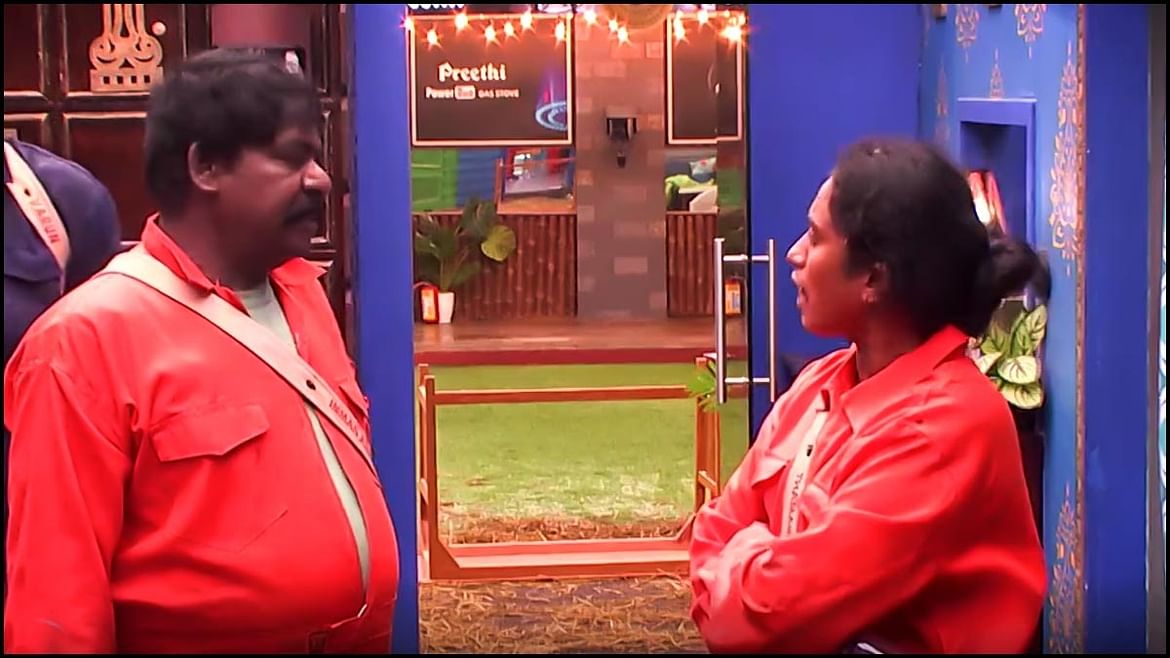 Last week, Thamarai fought with Shruthi for robbing her coin and shamed Shruthi’s dressing style in the debate task. She also argued with Cibi for supporting Shruthi. Then, Raju tried to talk some sense into her. Now, she picks up a fight with Pavni after the ‘Shenbagame Shenbagame’ task that almost got physical. 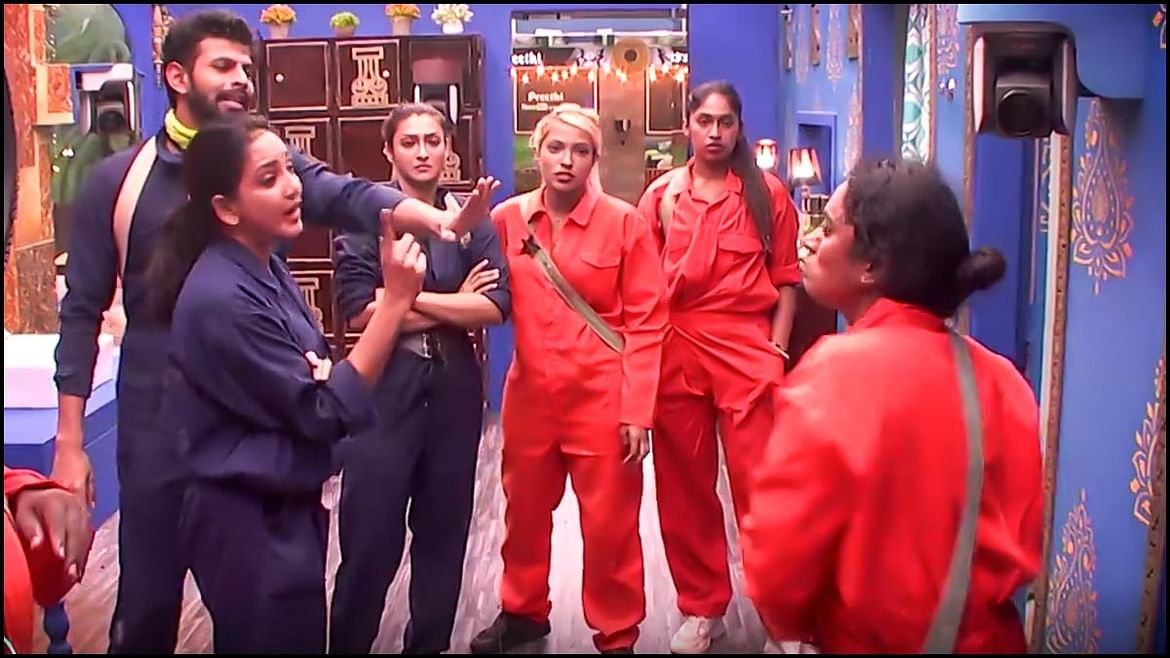 Today, Bigg Boss announced a news task to select candidates for next week captain post and instructed the contestants to play in two teams: Orange and Navy Blue. In the latest promo posted by the channel, we can see the contestants of both the teams recalling and discussing what happened during the game after the task. First, Thamarai was arguing with Varun about the badge. 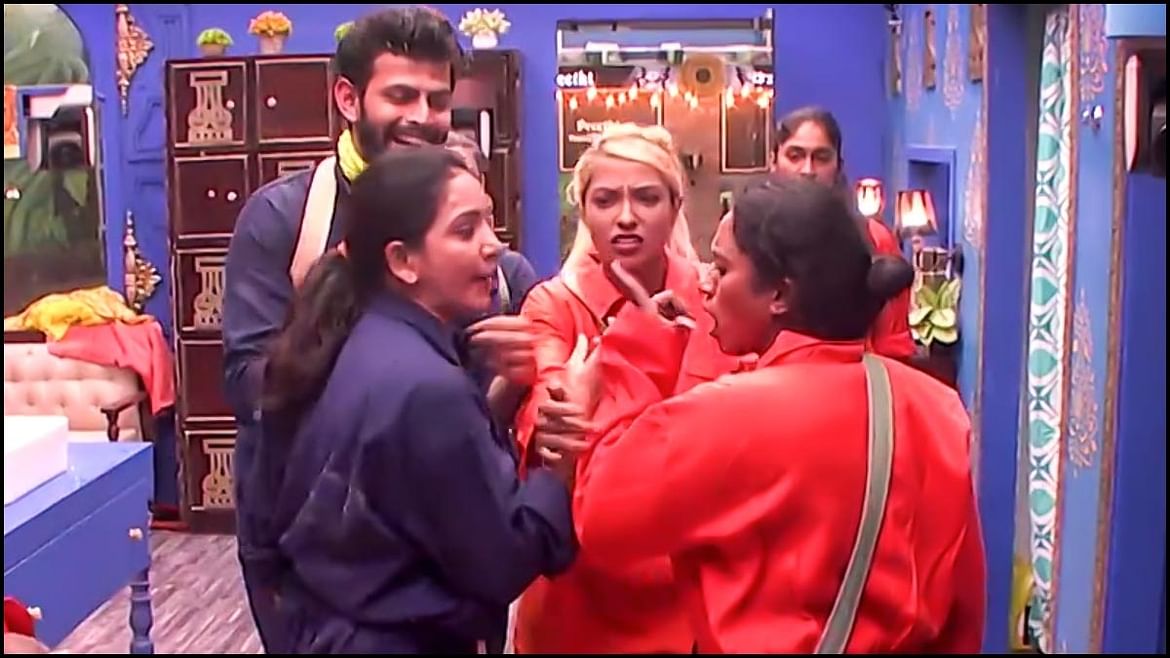 Then, Pavni pointed out what Thamarai did during the game. Thamarai denies her claim and says, “Poi pesna enakku pidikkadhu…” repeatedly and raises her hand at Pavni. Varun and Iykki tried to calm her but then Pavni got triggered and raised her hand back at Thamarai. While the other contestants are trying to calm them, the two continued to fight. 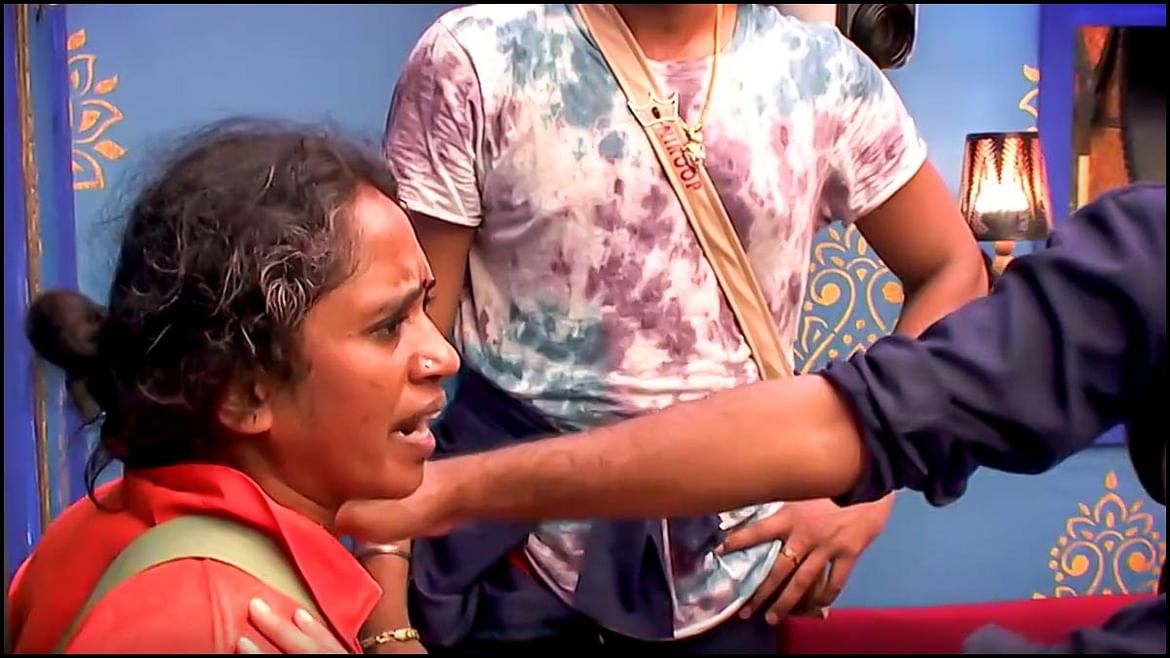 The fans have commented that Thamarai is so impatient and she should be given the red card according to the Bigg Boss to her as she raised her hand first. The fans backed Pavni mostly because Pavni raising her hands was merely a reflex. The host Kamal Haasan will return to the show tomorrow and settle these issues. He will also announce this week’s eviction.