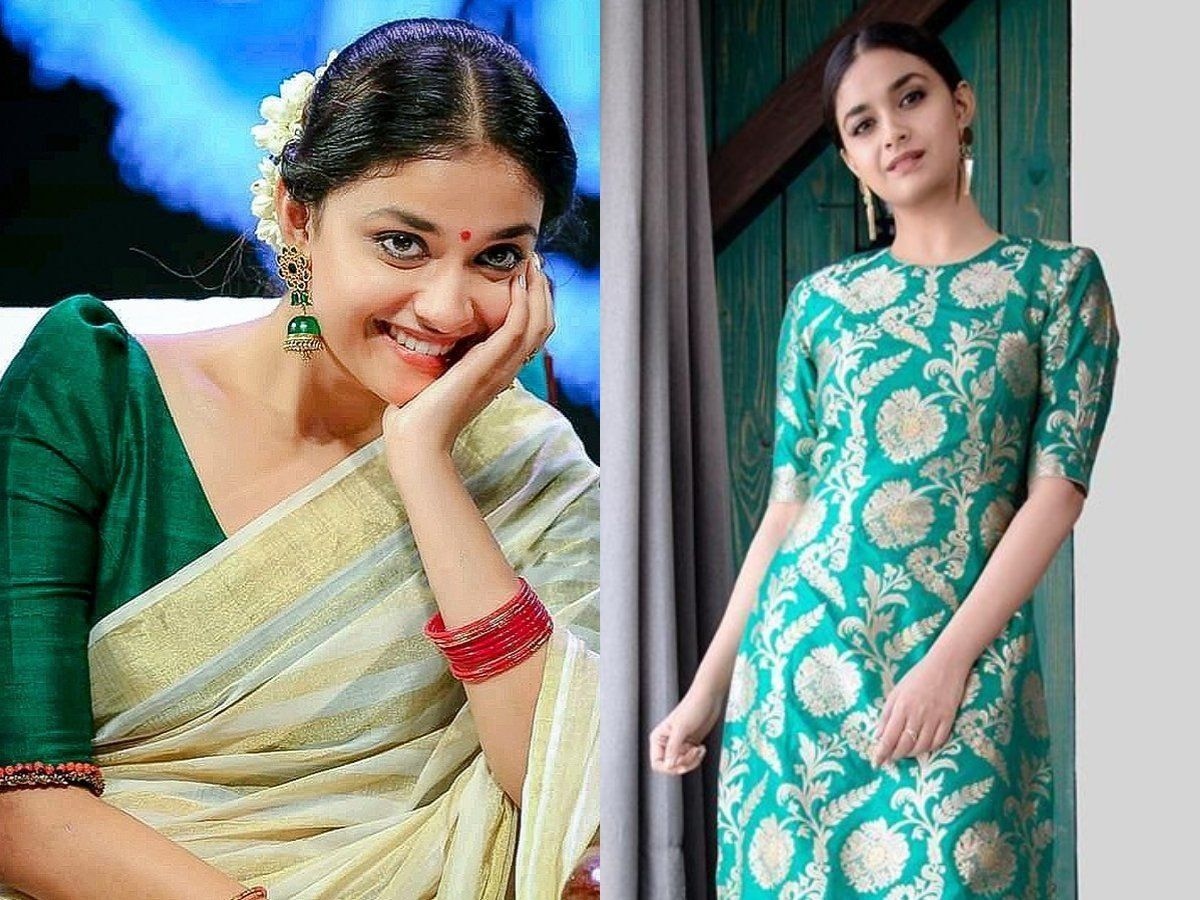 Keerthy Suresh is on cloud nine after her recent film ‘Annaathe’ in which she costars with Superstar Rajinikanth is said to have become a huge blockbuster. She is currently looking forward to repeat the magic as her next ‘Marakkar Arabikadalinte Simham’ starring The Complete Actor Mohan Lal is releasing on December 2nd wordwide. Keerthy delights her fans offscreen as well by posting her stunning pics on social media from time to time. She especially is partial to sarees and experiments with a mix of traditional as well as modern deriving the same admiration. Keerthy’s latest photoshoot shows her draped in a simple yet elegant green saree that has won lakhs of hearts. Netizens are also wowed by her hair rolled into a messy bun adorned by jasmine flowers. The designer necklace, matching bangles and earrings also call for attention. The young Best Actress National Award winner’s next Tamil release is ‘Saani Kaayidham’ directed by Arun Matheshwaran in which she plays a powerful role opposite director Selvaraghavan who is making his debut as actor. She is also said to be in talks for the female lead for Bala’s new movie that has Suriya as the protagonist. Her other major films in hand are Megastar Chiranjeevi’s ‘Bola Shankar’, Prince Mahesh Babu’s ‘Sarkaaru Vaari Paatta’, Nani’s ‘Dasara’ and ‘Vaashi’ with Tovino Thomas.