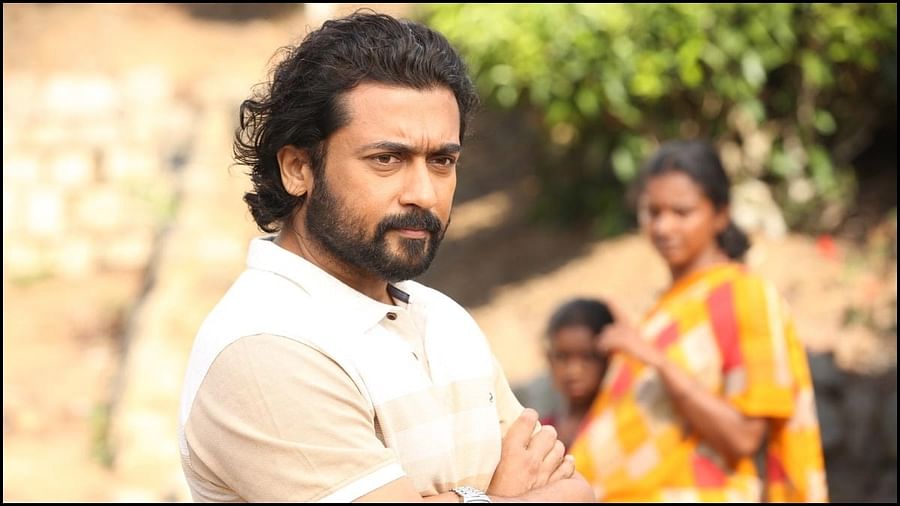 Suriya’s latest movie ‘Jai Bhim’, which debuted on Amazon Prime Video earlier this month, is the most controversial Tamil film in the industry now. It is a courtroom drama seeking justice for the police brutality and the oppression faced by Irular tribe people.

The problems arose when the political party PMK felt that the film hurt the sentiments of the Vanniyar community by placing their emblem in a frame and naming a killer cop as Gurumurthy. Previously, the PMK leader wrote to Suriya to answer nine questions to which the star actor gave a strong reply. 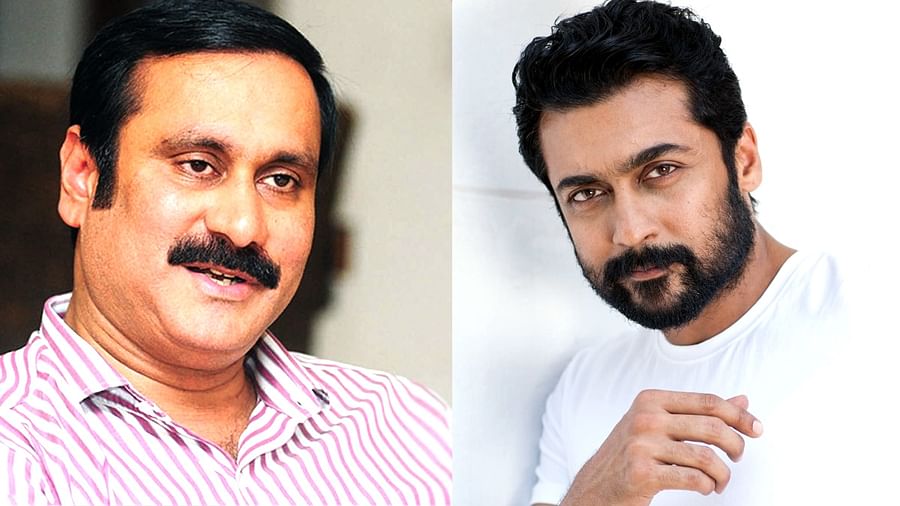 Following today’s events, the netizens showed massive support for Suriya with the hashtag #WeStandWithSuriya trending number one in India. Many film personalities and celebrities lent their support in favour of the star. Now, the South Indian Film Chamber of Commerce has raised its support to actor Suriya and put out an official statement in the regard.

The SIFCC wrote a letter to PMK leader and MP Anbumani Ramadoss to refrain his party members from criticising Suriya. The rough translation of its statement in English from Tamil reads: 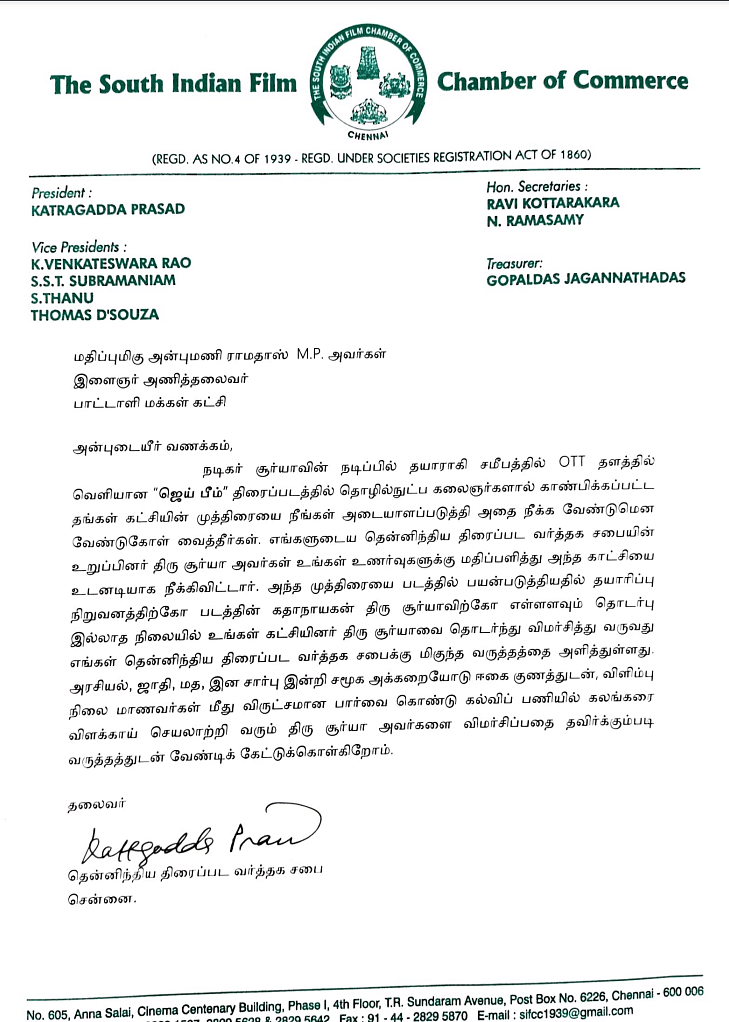 You identified and asked to remove your community emblem, which was placed by technical artists, from Suriya starrer Jai Bhim, released on an OTT platform. Our SIFCC member, Mr Suriya, respected your feelings and removed the particular frame immediately. It is a great pity to our South Indian Film Chamber of Commerce that your party continues to criticize Mr Suriya when the use of the logo in the film has nothing to do with the production company or the film’s protagonist, Mr Suriya. We sincerely request to refrain from criticising Mr Suriya, who has been a beacon in the field of education with a benevolent view of marginalized students with a social concern irrespective of political, caste, religious or ethnic affiliation.”