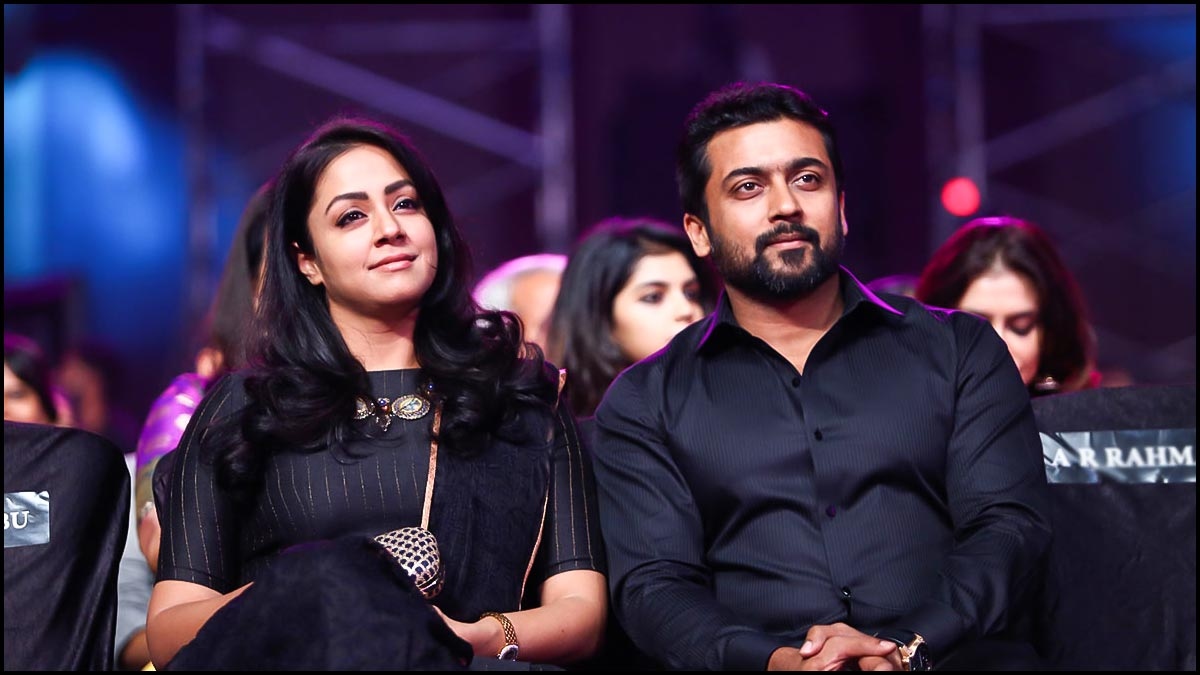 Suriya’s latest film Jai Bhim got released on Amazon Prime Video and became a huge success. The film which talks about the oppression faced by tribal community people surpassed ‘The Shawshank Redemption’ to the highest-rated film on IMDb.

Jai Bhim also courted controversy as it fumed problems with the Vanniyar Sangam and the political party PMK. On one side PMK politicians, vanniyar people and vanniyar sangam members set legal notice, left violent threats to the actor and the movie team while on the other hand, fans and the people from the film industry supported Suriya and Jai Bhim team. 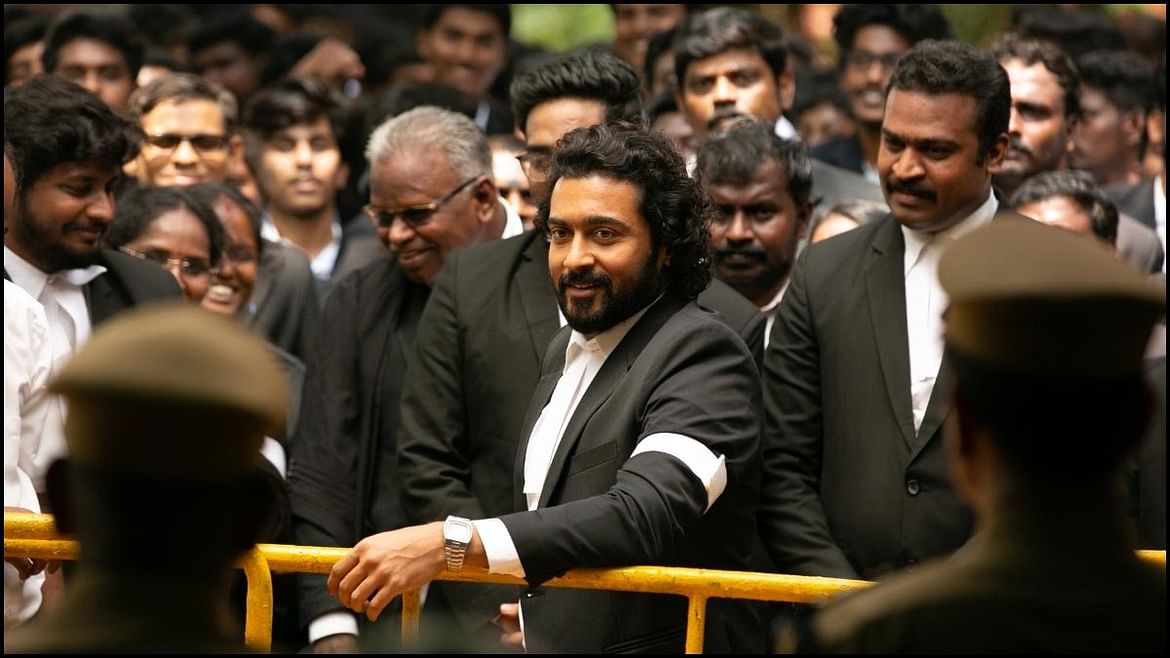 TJ Gnanavel, the director of Jai Bhim, released an official statement apologising to the Vanniyar community people for the calendar issue in the film. But the controversy hasn’t settled down yet and still continues to be a trouble for the movie team. Now, the latest reports say that Vanniyar Sangam president Arulmozhi has lodged a case against the makers of Jai Bhim. 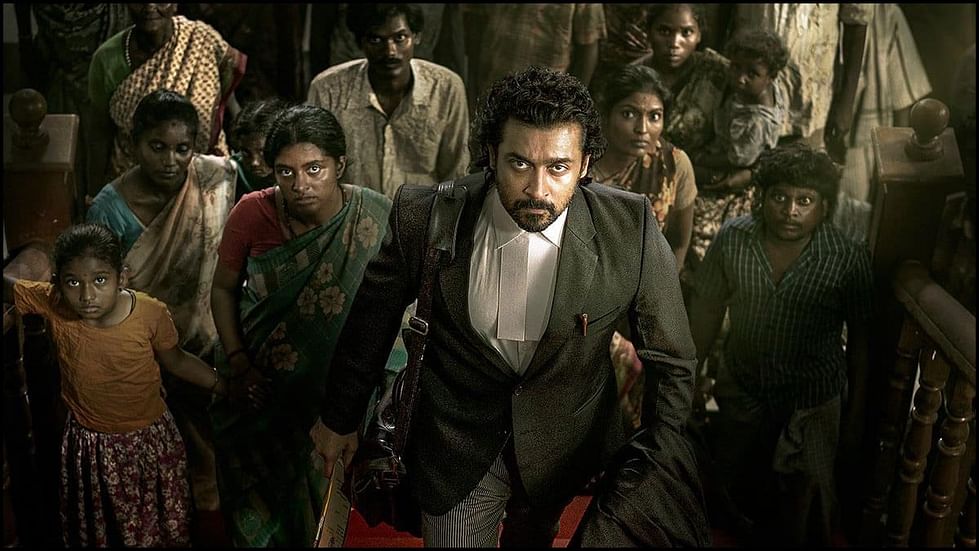 They have filed the complaint at the Chidambaram court on 5 names: the production house 2D Entertainment Pvt Ltd, the actor Suriya Sivakumar, the producer Jyothika Suriya, the director TJ Gnanavel and the streaming platform Amazon Prime Video. The lawsuit has been filed under section 199(6) of the criminal procedure code and sections 153, 153 A (1), 499, 500, 503 and 504 of the Indian Penal code. 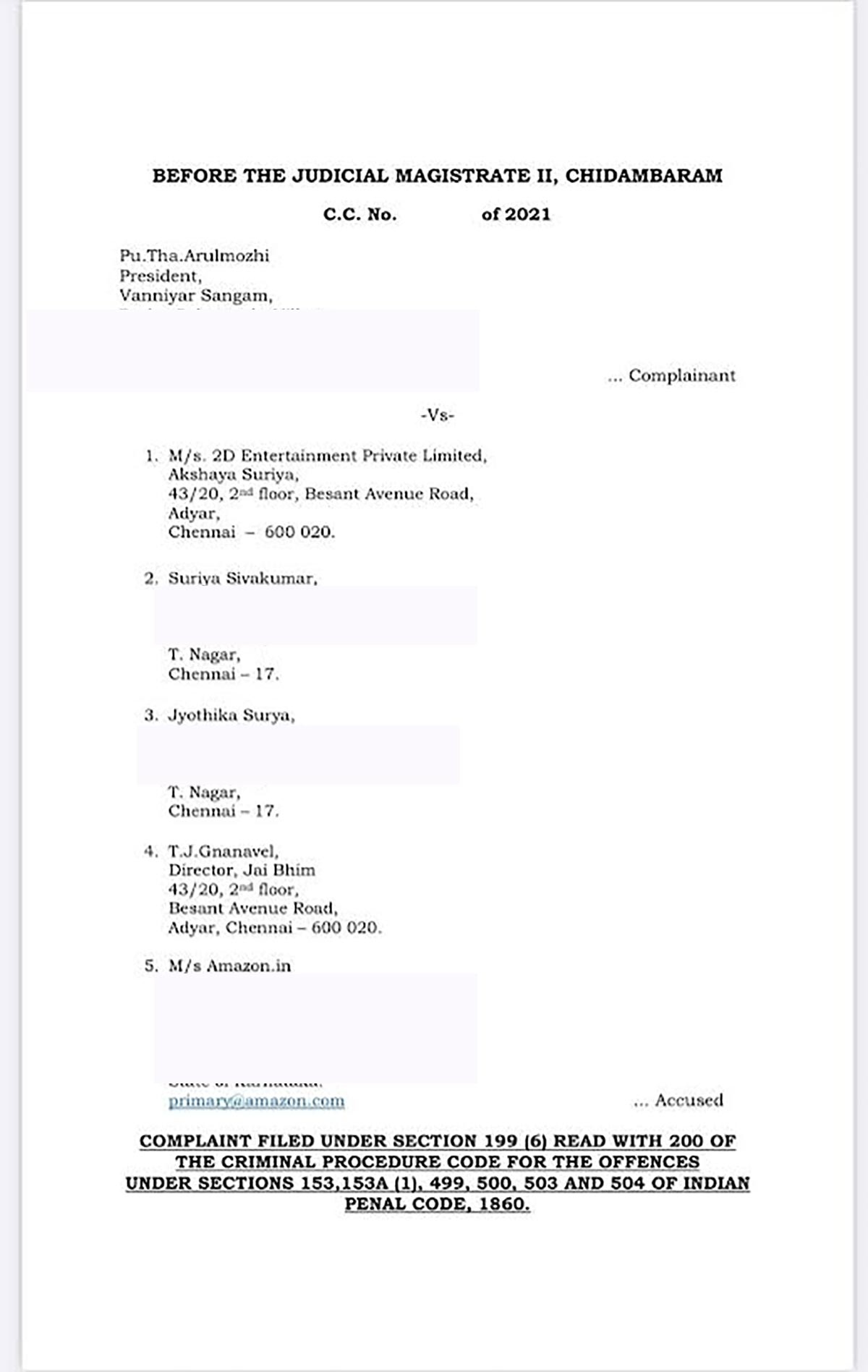